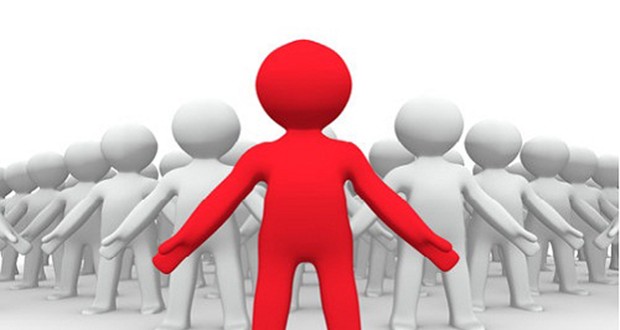 Create me a Folk Devil

More than 200 years after the emergence of modern politics there are signs of decay exemplified by low voter turnout and party memberships. But this condition of contemporary politics in Britain is also a sign of something more profound. Whereas once grand ideologies provided the fuel for building political visions, today these have less of a claim on rallying people to the ballot box and so like religions of old, secular politics is confronted by a secular disenchantment.[1]

This disenchantment, however, is not born from the emergence of a new way of seeing the world as posited in the narrative that historicises the decline of religion in the face of rational science. This ‘modern’ disenchantment comes from the limitations of the political ideals and the systems of governmentality that arose following the transformation of the eighteenth century itself.

Grand theories, in retrospect, showed themselves up to having created as much strife as they promised to resolve and so where philosophy had once given political visioneering confidence and foundation, contemporary philosophy has chosen to distance itself from any such grand schemes. Today, when philosophy concerns itself with the everyday, it chooses to practice an ethic of criticality preferring to analyse, debunk and deconstruct propositions rather than construct, provide and synthesise new possibilities. Denied this link with the philosophical, politics has been reduced to managing divergent interests and maintaining a relative equilibrium. Yet even as it tries to maintain harmony it can do little to reinvest popular trust and faith in the system, since the system – unable to provide holistic visions – is also unable to substantiate its own propositions of being open and transparent.

The now more than obvious link between politics and the media provides an axial point of disconnection between the public and the politicians.

The latter use opinion polls to construct what they feel are the most likely opinions to win the masses and feed these back to the electorate at times of election. Yet even as they discover what people are thinking, opinion polls deliver skewed perceptions by failing to grasp the complexity of collective imaginations as deployed by the public when conceiving what they would like. To say people would like lower taxes, a better national health system, fewer foreign interventions, and greater security gives you only snippets of a much more complex mental landscape. What’s more, this mental landscape is always incomplete since the narratives woven by the media and other cultural production formulate the social narratives in which people are embedded. A person’s opinion, therefore, cannot be gleaned entirely in advance of the representations that to a large extent inform it. The system as a result produces only ambivalence and feelings of exclusion from being truly listened to, since the more that policies clash with personal experience the more one is aware that despite having gone through the motions of listening, the government never truly did for otherwise such policies would not have emerged.

Furthermore, only a small number of people – politicians, professionals in political parties, media and think tanks – shape politics by producing a range of issues and questions as well as the degree of manoeuvrability in terms of the number and types of alternatives, as well as defining the parameters of the acceptable. Cynicism grows on this perception of a hidden oligarchy within democratic practice, suggesting that no matter how open democracy might be at the margins, why should the public go through the processes of participation in a system that provides only an illusion of control. Individuals merely retreat into living private lives since it is only there that they truly observe some degree of control. But of course the discerning amongst the public also realise that their private lives are deeply circumscribed by political decisions and so they are locked into an endless psychical tension of being unable to fully influence the public domain while finding its influence in too many places within their private lives. Confronted by this insidious dialectic the individual discovers that they are locked into a systemic disempowerment since power operates through impersonal systems and bureaucracies such that no one person can be identified and called to account – think of the credit crunch as an example. And so, bit by bit confidence in the system – unable to convert people to its vision and now also unable to convince people of its own effectiveness – is slowly eroded.

Under these pressures rises the trope of the Right. Whereas significant chunks of the 20th century was animated by the ethic of the Left, when politics held out the promise of equality and greater freedoms – think of the emergence of the NHS in post WW2 Britain – today politics is a disenchanted realm and in this context the ethic of the Right has opportunity to pervade the atmosphere. {quotes}This is the case with our present, such that despite officially having Labour in power, the atmosphere for Muslims comes ever closer to a more closed and authoritarian majoritarianism that characterises the Right.

Of course it is true that a different set of historical incidents have at the same time propelled the Muslims into the spotlight, but I contend that the way in which the Muslim issue has been framed and cognised in Britain (and the West more generally) has as much to do with the historically determined political conditions presiding here as with anything inherent in the Muslim issue itself. Indeed, the acts of certain Muslims could well have been processed through the paradigm of criminality and as the absurdities of fringe voices. Instead, the paradigm of civilisational conflict was evoked, of forces of progression against those of backwardness, of ideology. The reason for giving this approach precedence was not necessarily a conscious decision of puppeteers sitting controlling the rest of us, but as a result of an atmosphere thick with an anti-political ethic. Unable to be countered by the Left’s tradition of vision building which, following the experience of the 20th century came to be seen as fanciful, lent itself to the Right and its propensity to create folk devils.

Folk devils unite fragmented collectivities and, as it is proving, restore a sense of purpose to politics. But this kind of politics is a chimera of sorts for it survives by emphasising negativities – united against x as opposed to for y; protecting us from x rather than delivering us to y – and perpetuates what it seeks to mitigate, since what it seeks to mitigate becomes constitutive of its politics. The recent revelation of a change in government anti-terror strategy (known as Contest2) may seem to many as bizarrely counterproductive since it only underscores perceptions that the war on terror is, when all is said and done, an attack on Islam. Nor is it the case that this perception is merely a fantasy of Muslims, because if reform is demanded of such personal convictions as the divine origin of the shari’ah, then Contest2 can easily be interpreted as anti-Islamic. Most discerning individuals should ask therefore why the government takes steps that, from the outside in, seem so counterproductive. {quotes}But if we read our current political climate as one in which folk devils have become constitutive of the fabric of our politics, then one would understand that these actions are the results of unconscious impulses that seek to perpetuate the new found power offered by a new politics of the Right in a period riddled with an anti-politics ethic.

What this shift has restored to politics as a result is an elixir to regain momentum for an otherwise disenchanted populous. The incessant repetition of extremism and now of cultural extremism as leading to violent extremism imposes a new grammar on processes of intellection. But what’s really lurking behind this cultural-political turn is the re-emergence of an older more right wing desire to crystallise anew Western culture. But this can only happen at the expense of some important principles that the West evolved – for an example, consider the undermining of the Magna Carta and Habeas Corpus by anti-terror laws. And so, the route to re-enchant people toward politics is not by creating folk devils that can rally passions, but by seeking to incorporate new energies and new ways of looking at our current dilemmas; by involving as many new and different voices as possible; and seeking to create a new multicultural politics.

What this means is that countering the threat of terrorism – whether imagined or real – cannot happen within the current context. What is needed is an overhaul of the imagination as it is presently structured. We need greater discussion to create a new multicultural politics that does not seek stability by imposing a singular national culture upon a culturally diverse nation, or by seeking out folk devils against which to unite since this is not only undermining the very values being protected, but also ties us to always needing folk devils in order to substantiate our politics. Instead we should aim for a unity in diversity by redirecting attention to the timeless problems of poverty, discrimination, and hidden forms of imperialism. For this we need a return to an earlier form of politics that was daring in its willingness to imagine better futures, rather than be constantly marred by phantom menaces.

Notes:
Source: www.islam21c.com
[1] This essay is indebted to Geoff Mulgan’s Politics in an Antipolitical Age, some of the insights of which are re-articulated and developed here. The author of the present essay encourages interested readers to read this important work: Geoff Mulgan, Politics in an Antipolitical Age, (Cambridge: Polity Press, 1994).
2012-01-20
Syed Haider
Previous: The Heart’s and Body’s Relief Lies in Obeying Allah
Next: The Life of Sheikh ‘Abdur Rahman As-Sumayt