Reasoning with the Unreasonable 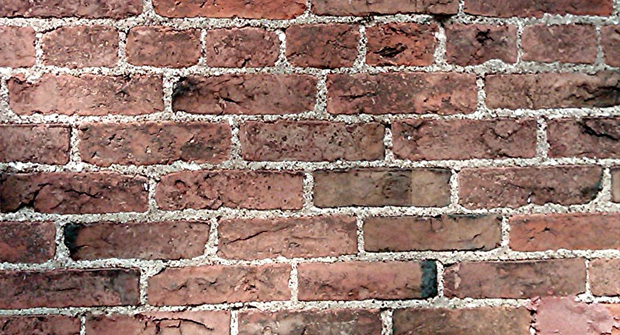 In the current hysteria that has become the debate around Islamic law, immigration, anti-Semitism, the veil and foreign policy, there has come a sense of irrationality that has been exuded by Britons in nearly every media outlet that exists in the UK. Television, radio, websites, and even poster adverts have all employed some sense of illogical persuasion to reject the shared and very noble ideals that exist within British society.

(Of course, for those who believe the mere notion of shared ideals is disbelief and warrants takfir (excommunication), perhaps the ‘treaty of righteousness’ (hilf al fudhul) should be cited about which the Prophet (peace be upon him) stated, “I witnessed a coalition in the house of Abdullah bin Jad’an, that if I were to be called to it after Islam, I would have responded (i.e. I would have joined this coalition).” Inextricably, the Prophet was talking about a treaty based upon mutual cooperation with the disbelievers in a bid to offer a helping hand to the oppressed and defrauded whereby society is elevated from the lowly and depraved intentions of the iniquitous and a greater sense of justice is realised.)

As has been clearly evident, from proposed government strategies to the perverted derision of faith, Britain is fast becoming a hot-spot for the irrational claims of militant Atheists, Sun readers, and liberal ‘Muslims’. Although it’s to be expected given the degeneracy of all of the aforementioned, what is surprising is the normality by which illogical arguments and irrational insults are promulgated on TV and radio shows, as if any sense of decency British thought once ascribed to is now reduced merely to contemplating bygone eras.

The problem with irrationality is that you cannot reason with it, and thus, any discussion requiring a measured contemplation seems to be over before it has even begun. Furthermore, given the fact that many so-called intellectuals from various backgrounds (including Muslims) have failed to take logical stances in various discussions, it may be understood that intellectuality or intelligence are neither impervious to, nor able to counter, illogical thoughts and ideas. (But of course, many argue that it’s not always irrationality, but that some ‘intellectuals’ are in fact corrupt individuals who ascribe to immoral ideologies built upon misinformation in a bid to promote a view consistent in suppressing the evaluative abilities of the masses).

Bouts of irrationality are generally brought about through conflicting feelings and emotions, a defence mechanism developed to mitigate our conscience in a desperate attempt to evade the stark reality about ourselves and our immediate situation. This often happens when there is a conflict between the truth of a matter and the express desires of an individual, a most explicit example being that of a mother when informed of the death of her child is overcome with an irrational refusal to accept the stark reality of the situation. Furthermore, the mere arousal of irrationality implies unconscious acceptance of the given truth although the conscious refuses to accept it out rightly. Thus, the conflicting emotions allow the irrational party to assert a state of victimhood whilst simultaneously managing to circumvent all sense of responsibility and maturity in finding appropriate and effective solutions. This, translated into actual situations may be understood in the following examples of how the British Isles has contracted the infection of illogical thought (in no particular order):

The given examples are in no way comprehensive, but are only intended to provide mere illustrations of the desperate attempts of people to evade the stark reality that their environment has become. There is a conflict between the truth of a matter and the express desires of an individual, which inhibits people to make rational decisions they would normally make with ease. An example would be the last one provided where women (who choose to) should be facilitated by the government to raise a family. However, the acquirement of material possession has long been the dominant lifestyle of contemporary society to the extent that people find themselves caught between encouraging women to stay at home and encouraging women to take part in the materialistic hype. Inevitably there is a conflict which leads people to turn their attention to irrationally attack Muslims instead of finding a rational solution, as Muslims in reality have nothing to do with the matter. A more rational solution to the crises would be to realise how materialism and exploitative capitalism tends to devalue the work of a woman in the home, whilst the state doesn’t do enough to make men accountable to their families.

There is undoubtedly a bias exuded by many people in their approach to religion, morals, or even mere opinions, and although the Islamic solutions evidently provide the methods by which society can be fully rectified, many people irrationally reject it. The fact is that it is merely to do with names, for if the solutions were presented as non-Islamic they would be accepted without hesitation. A key example is that of Islamic finance whereby its acceptance as a real substitute for western finance which has so miserably failed the masses has become widespread, but instead of accepting the perfection that Islam is, many of the insincere have undertaken to rename the Islamic model a ‘moral financial framework’. Of course, this is from amongst the main reasons that Allah locks the hearts of people refusing them guidance as they approach the truth with no intention of acceptance, but instead to exploit it as a means of personal gain. They bring with them a bias which hampers their perception and humility to submit, and as God says, “just as for those who are [willing to be] guided, He increases their [ability to follow His] guidance and causes them to grow in God-consciousness.”[9] A solution can only be found when we are sincere in our quest for it, and without that sense of sincerity we will always find ourselves conflicted and irrational.