First came the Criminals, then came the Imbeciles 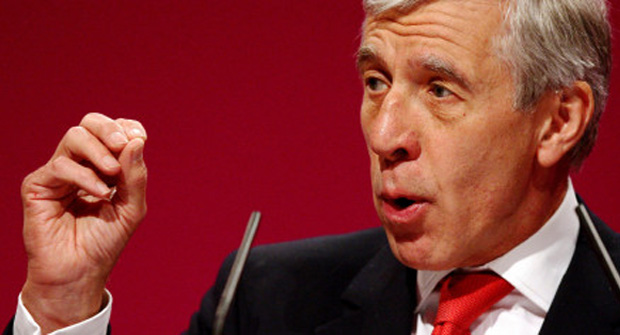 Mohammed Liaqat and Abid Saddique are criminals, that much is clear. Their actions were morally reprehensible and a sad reminder that there exist individuals in the world who allow their animal passions and devilish reasoning to rule their actions causing irreparable harm to others. All decent and clear thinking individuals would not hesitate to condemn such behaviour as both immoral and criminal. Yet something more curious has developed alongside the arrest and sentencing of those involved in the child sexual exploitation ring in Derby. Jack Straw, for example, made a statement on Newsnight (07/01/2011) in which he postulated a link between the criminality of Liaqat and Saddique and their ethnicity.

‘Pakistanis let’s be clear are not the only people who commit sexual offences and overwhelmingly the sex offenders wings of prisons are full of White sex offenders. But,’

‘there is a specific problem which involves Pakistani heritage men – of some age as well – who target vulnerable young White girls and we need to get the Pakistani community to think much more clearly about why this is going on and to be more open about the problems that are leading to a number of Pakistani heritage men thinking that it’s okay to target white girls in this way. These young men are in a Western society – in any event – they act like any other young men; they are fizzing and popping with testosterone they want some outlet for that, but Pakistani heritage girls are off limits and they are expected to marry a Pakistani girl from Pakistan typically. So they then seek other avenues and they see these young women – white girls who are vulnerable, some of them in care – who for sure have not been subject to normal parental support, who they think are easy meat and then because they are vulnerable they ply them with gifts and give them drugs and then of course they are trapped.‘

Mr Straw’s reasoned start wherein he identifies that the problem of sexual criminality is not confined to the Pakistani community and, as it happens, the majority of sex offenders in prison happen to be Caucasian seems (in light of what he goes on to say) to be lip service that has to be offered in case anyone accuses him (a senior politician) of racialising and stereotyping. But that is exactly what he is doing. By saying that there is a specific problem of Pakistani heritage men targeting White girls he emphasises the racial element as significant. That were these girls not White, or were these men not Pakistani the deplorable acts involved in this specific case would have been somehow different; no less horrendous for sure, but different. He seems to suggest that the preposterously benign seeming ethic that determined Pakistani girls were off limits is a problem to be addressed by the Pakistani community! ‘These young men are in a Western society…they act like any other young men…they want some outlet for [their base appetites]…but Pakistani heritage girls are off limits… So they then seek other avenues…[like] White girls…who they think are easy meat’ (my emphasis). His words, as I have just quoted him again, are not out of context so much as vulnerable to being read in this way precisely because he has opted to introduce into an analysis of the problems the unit of race which, as the judge and police involved in the Derby case stated clearly, has no place in the discussion here.

By introducing the unit of race into his reading of what was happening in Derby, Mr Straw actually creates more problems than he solves not to mention the enormity of the offence he causes. By analogy, one could equally argue that given that the majority of paedophiles seem to be of Caucasian origin there seems to be something peculiar about White British culture that leads certain White men (and women?) to seeing children in sexual ways. With this tenuous link, perhaps White Britons should be asked to soul search so that they too can ‘think clearly’ and be ‘more open’ to tackling this problem.

Mr Straw, one shouldn’t forget, is also the man who not so very long ago raised the issue of the niqab and was (despite that) elected back into office, much to the shame of the honest and fair minded members of his constituency. That issue was also one that carried the subtext of ‘us’ and ‘them’, of ‘integration’ and ‘values’. His recent statement, I think, also shares that same subtext. When the majority of those Caucasian sex offenders to whom he alludes at the start of his statement committed their heinous acts, no community was evoked as having responsibility in any way for the actions of those individuals. In those cases it was easy to say that such monstrous acts were those of individuals. Why then in this case are the acts of Liaqat and Saddique considered not merely their own but owing something to a cultural reasoning.

The way in which integration is imagined in Britain, and which surfaces in sub-textual ways (as with Mr Straw’s statement), it is clear that minority groups are almost always kept metaphorically outside; they must perform their part; think clearly; share blame and stand trial as a collectivity.  Once positioned in this way through discourse, the same commentators then deplore so called isolationism and request minorities for greater integration – that is, a request to come ‘inside’, share ‘our values’, ‘contribute to society’. This perverse joke is the dialectical interplay that permeates all discussion of Muslims currently so that all topics involving members of the so called Muslim community boil down to issues of their culture and status as citizens in Britain.

Anyone who is insolent enough to raise the issue of race or ethnicity in this case or others like it should be shamed and shown for the imbeciles they are, for all such statements do is detract from the crime itself. It is the crime that ought to be our focus for then we would care nothing for the perpetrator’s ‘heritage’ but see them as needing nothing other than punishment.

Islam21c requests all the readers of this article, and others, to share it on your facebook, twitter, and other platforms to further spread our efforts.
Syed Haider