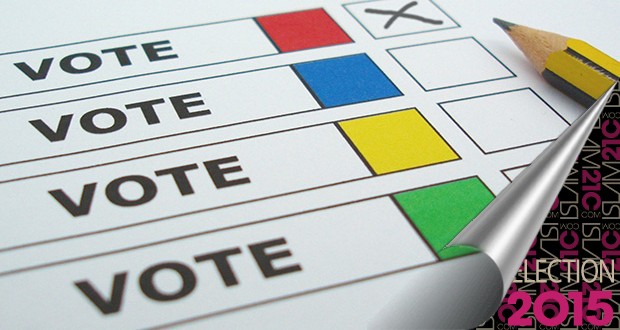 Advice To British Muslims Regarding The Coming Elections

In the current climate, many brothers and sisters in Britain have become preoccupied with the issue of the coming elections and debating the question of whether Muslims are allowed to vote and which party is most deserving of our vote. In reply, I would like to present the following clarification and advice.

It is clearly evident to any Muslim who possesses a basic understanding of Islām that the greatest and most important aim of Islamic law is the deterrence of evil or the reduction of harm; the attainment of good or its increase. The establishment of a harmonious and successful way of life depends upon this principle. This is why Islamic law, that is, the law of Allāh, is neither contrary to the basic needs of humanity nor does it establish anything in contradiction to sound logic. Subsequently, it is an obligation upon every Muslim to achieve this aim, whether in part or in its totality. However, it is apparent that it is virtually impossible to attain this objective in its absolute sense in the majority of cases; yet, in spite of this, Muslims must endeavour to carry out the necessary means that enable them to achieve this objective.

Based on this, it is obligatory for those Muslims living under the shadow of secular law to take all the necessary steps and means to make the law of Allāh, the Creator and the One who sustains, supreme and manifest in all aspects of life. If they are unable to do so, then it becomes obligatory for them to strive to minimise the evil and maximise good. In democratic countries which are ruled by man-made law, candidates from the various parties compete to attain power. Some of these parties or candidates are working against the benefit of humanity (i.e. against the law of the Creator), while the policies of others are less detrimental. Therefore, it is obligatory on the Muslims to utilise all means to promote the candidate to be elected to the decision-making posts who will best ensure the welfare of the people according to Islām, the law of their Creator.

With regard to the upcoming elections in the UK, Muslims are recommended or even obliged to vote for the party who will be of most benefit on a national and international level, who will increase upon that which is good, or at the least, lessen the extent of the current evil prevalent in the world today. At the same time, the Muslims should exert the utmost effort to oppose those whose policies are against the welfare of humanity. Allāh, the Exalted, says:

In this ḥadīth (prophetic saying), the Prophet did not allow the Muslim to remain idle and incapacitated when witnessing injustices while s/he is able to change them.

Is it true that voting is an act of Kufr (disbelief)?

Those who consider such participation to be an act of kufr reach their conclusion based on two factors:

Firstly, the inability to distinguish between establishing a democratic system in which people vote for one of a number of systems, and voting to select the best individual amongst a number of candidates within an already-established system imposed upon them and which they are unable to change within the immediate future. There is no doubt that the first type is an act of kufr, as Allāh says:

“Legislation is for none but Allāh. He has commanded that you worship none but Him.”[3]

“And whosoever does not judge by what Allāh has revealed, such are the kāfirūn (disbelievers).”[4]

Secondly, not realising that voting for a candidate or party who rules according to secular law does not necessitate approval or acceptance for his method; this is a crucial point. It is clearly apparent that individuals are sometimes placed in a situation in which they are compelled to make decisions which may normally be deemed unacceptable or which may be far from their liking, due to the fact that it is the best available option open to them. For example, a sick person might be forced to do many things that he dislikes, such as taking particular kinds of medication or treatment, or even giving his consent for one of his limbs to be amputated – not because this is to his liking or acceptable to him, but because he simply does not have any other choice, or since it is by far the best alternative available for him at that time.

The sharīʿah allows, or even obliges, the starving person fearing death to eat un-slaughtered meat in order to preserve his life. No one can argue that he would customarily deem it acceptable or that he inclines towards that. For this reason, we caution our brothers and sisters from hastily passing judgements on such complicated issues based on the apparent situation, without possessing the deep understanding and powers of analysis that they require.

It is also pertinent at this point to remind my brothers and sisters here that we should participate in voting, believing that we are doing so in an attempt to minimise the evil, while at the same time maintaining that the best system is the sharīʿah, which is the law of Allāh.

Which party deserve our votes?

The most pressing question which remains outstanding is: which party deserves our support in order to attain the aforementioned objectives?

The answer to such a question requires a deep and meticulous understanding of the political arena. Consequently, I believe that individuals should avoid involving themselves in this process and instead should entrust this responsibility to the prominent Muslim organisations that have sufficient experience and ability to determine the issue according to the interests of the Muslims.

Meanwhile, such organisations should agree upon a certain policy with regards to voting. For example, they can agree to vote for one or more parties or individuals. It is upon the remainder of the Muslims therefore to accept and follow the decisions of these organisations. The basis for my statement is that:

“And hold fast, all of you together, to the Rope of Allāh (i.e. this Qur’ān or the guidance of Allāh), and be not divided among yourselves …”[5]

And the statement of the Prophet (sall Allāhu ʿalayhi wa sallam)

“Adhere to the jamāʿah (community), and avoid division, for the Satan is closer to the lone individual and is far from a group. Whoever seeks the expanse of Paradise should stick to the jamāʿah.”[6]

This unity in light of the current situation is a cohesion based upon ‘strategic decision making’ in order to have the greatest impact for the community of the Muslims. Such a uniform opinion regarding the elections cannot be attained unless the Muslims follow the conclusions arrived at by the leading, experienced Muslim organisations, as described previously. This is the sole means to avoid disagreement, since the opinion of Muslims in this ijtihād matter differs widely and thus they will be in great opposition to one another. The impact and influence of our vote will be greatly diminished if we fail to vote as one voice, and instead each opts to follow our personal judgement.

Based on this, I advise all to forsake their individual opinions in favour of the opinion of the collective.

Some Muslims might come to the conclusion that abstention from the electoral process is better for Islām and the Muslims. If this is what an individual believes, then he should not impose his opinion upon other Muslims by preventing them from voting or insisting that they abandon voting by arguing that it is an act of kufr. This would be tantamount to injustice and oppression.

“And be not of al-Mushrikūn (disbelievers in the Oneness of Allāh, polytheists, idolaters, etc.); of those who split up their religion (i.e. who left the true Islamic Monotheism), and became sects.”[7]

Once the Muslims have agreed on a particular candidate or party, then they should vote for him without becoming preoccupied with this issue to the extent that they leave their primary obligation in the West as a result, and abandon calling people to Islām and clarifying the widespread misconceptions about the religion, for Allāh says,

“And who is better in speech than he who says: ‘My Lord is Allāh (believes in His Oneness),’ and then stands straight (acts upon His Order), and invites (men) to Allāh’s (Monotheism), and does righteous deeds, and says: ‘I am one of the Muslims.’”[8]

Muslims should not rely heavily upon elections and voting to expedite major changes, particularly with respect to foreign policy. The wider political game is beyond the direct influence of political parties or politicians. Muslims participate endeavouring to minimise the evil, at least in terms of national policy.

Previous: Cooperation in Da’wah
Next: O Brother, Where Art Thou?