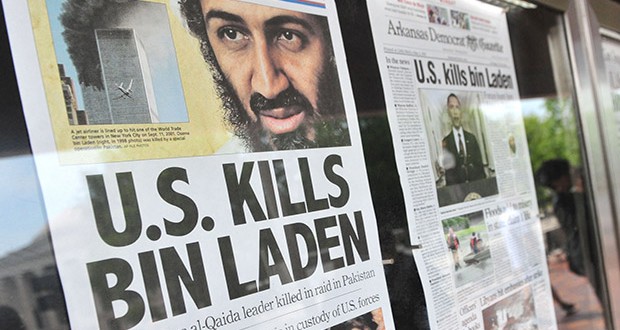 Advice to Muslims on the Death of Osama bin Ladin

The killing of Osama bin Ladin, may Allah have mercy on him, if proven to be true, may either be a coincidence or part of a strategic manoeuvre by the US and its allies to justify the adoption of new tactics in their ‘war on terror’ that has clearly proven to be counterproductive. It may be alleged that he was killed a long time ago but the killing was only now announced as a justification for the withdrawal of US troops from Afghanistan. All of these are possibilities that no one can emphatically confirm, and indeed, there need not be an exertion of effort to confirm or disprove the claims as wisdom dictates that we deal with facts and realities whilst planning for the worst of scenarios.

Whatever the case may be, Osama left this worldly life to meet his Lord who is the ultimate judge. Almighty Allah knows everything about him, his actions, and the conspiracies that surround his life. He knows what Osama did, what he didn’t do, and what we were made to believe that he did. In any case, he died as a Muslim and it is an established part of our Islamic creed that every Muslim, unlike the disbelievers, will eventually enter paradise. According to a number of scholars, the Muslim killed by the enemies of Islam is considered a martyr, regardless of whether he died during combat or simply in a state of non-combative military engagement such as being killed whilst sleeping. Other scholars limit the title of martyr only to those Muslims who are killed during active combat. Whatever the case may be, all scholars have agreed that mistakes made by a Muslim fighter in combat do not deprive him of his rights, whether it be the right of regarding him a martyr or any other Islamic right. The Prophet (peace be upon him) became very angry at his close companion Usamah ibn Zayd when he killed a disbeliever after he had said “there is no God but Allah”. The Prophet furiously repeated, “have you killed him after he said: there is no God but Allah!” However, the Prophet (peace be upon him) continued to appoint Usamah ibn Zayd as the general of the Muslim army and actually appointed him to lead the biggest military expedition that was undertaken during the Prophet’s life.

Any position we adopt must be bound by the guidelines of the Shari’ah and free from emotions and personal whims. We should intend to say (and act upon) what pleases Allah and not what pleases certain individuals, groups or governments. Saddam Hussain, may Allah have mercy on him, was amongst the persons most hated by Muslims having committed many heinous crimes. However, when he was hung he proclaimed: “There is no God but Allah and Muhammad is his messenger”. Based upon this, we have no choice but to ask Allah to bestow His mercy upon Saddam as he clearly died a Muslim.  Allah informs us that he does not give the courage to any person on his/her deathbed to declare the testimony of faith unless he or she is a true Muslim. Allah says,

“Allah will keep firm those who believe, with the word that stands firm in this world and in the Hereafter. And Allah will cause to go astray those who are Zalimun (polytheists and wrong-doers, etc.), and Allah does what He wills.”[1]

Having said this, I would like to state that although these matters are in agreement with Islamic principles, the application of the principles in relation to certain individuals should not be a cause of fitnah and disunity among Muslims. Unity of Muslims and the purity of their hearts towards each other must be observed regardless of the scale of disagreements between them, as long as the scale of disagreement remains within the bounds of Islam.

Even though we fundamentally disagree with al-Qaeda and we condemn the unjustified killing that is attributed to them, it was very much instigated by the enemies of Islam themselves. In fact, I strongly believe that the presence of al-Qaeda is pleasing to the US especially as it allows the US justification for their crimes. In comparison, any amount of people killed by al-Qaeda has undoubtedly been trebled by the killing sprees of the US in Afghanistan, Pakistan, Iraq, Gaza and other countries.

It is surprising how this major world Superpower was not only terrorized by a single man walking the face of the earth, but was also terrorized by him even whilst dead. President Obama declared that they would deal with the body of Bin Ladin in accordance with Islamic law and thus they threw it into the sea. This is the so-called respect that the US shows to Islam. In reality, these are the actual morals and values that America really calls for.

Whatever we say, Allah has the final say, and on the day of resurrection the truth will be revealed. Muslims will dwell in the delight of paradise and the disbelievers will be burned in the hellfire forever.

“These two opponents (believers and disbelievers) dispute with each other about their Lord; then as for those who disbelieve, garments of fire will be cut out for them, boiling water will be poured down over their heads. With it will melt or vanish away what is within their bellies, as well as (their) skins. And for them are hooked rods of iron (to punish them). Every time they seek to get away from it out of anguish, they will be driven back therein, and (it will be) said to them: “Taste the torment of burning!” Truly, Allah will admit those who believe and do righteous good deeds, to Gardens underneath which rivers flow (in Paradise), wherein they will be adorned with bracelets of gold and pearls and their garments therein will be of silk. And they are guided (in this world) unto goodly speech and they are guided to the Path of He who is Worthy of all praises.”[2]

Islam21c requests all the readers of this article, and others, to share it on your facebook, twitter, and other platforms to further spread our efforts.
[1] 14:27
[2] 22:19-24
2011-05-03
Shaykh (Dr) Haitham Al-Haddad
Previous: Alternative Vote: Advice for British Muslims
Next: The Injustice of Usury