Anwar Malek on the Arab League Monitoring Mission in Syria 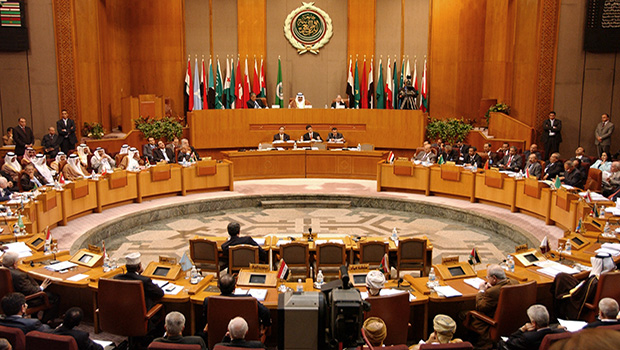 One of the members of the Arab League monitoring mission in Syria has withdrawn from the mission. Anwar Malek said that he resigned because the mission is serving the interests of President Bashar al-Assad’s regime and giving it greater opportunity to kill its own people. Malek accused the Syrian regime of using various methods to deceive the Arab monitors. Malek also claimed that the Syrian regime is now killing people loyal to the regime to convince Arab monitors of the presence of terrorists in Syria. He said that during his two-week stay in the city of Homs, which he characterized as a disaster area, he didn’t see any withdrawal of military forces.

In an interview with Aljazeera.net he said that what Assad’s regime is doing is worse than war crimes and claimed that if Assad and his regime do not give up power, Syria stands on the brink of a catastrophic sectarian civil war. Malek gave details of the armed attack on the monitors which took place on Monday. He described it as an assassination attempt and accused the Syrian regime of arranging it. He also stressed that the continuation of the monitoring mission or increasing the number of monitors will not achieve any result even if, in his words, the Arab League sends a monitor for every Syrian citizen.

The following is a translation of the interview:

Why did you withdraw from the monitoring mission?

Quite simply, I withdrew from the Arab league monitoring mission because I found that I was serving the regime and that I wasn’t part of an independent monitoring body observing the situation in Syria. I feel that I’ve given the regime an opportunity to commit murder and that I can’t prevent that murder. The regime is waging a dirty war. It is now killing its own supporters in order to convince the Arab monitors that they are carrying out their duties in the way they should and to gain their sympathy.

What did you see in Syria and what caused you to announce your resignation?

Children are being killed and they’re also being starved and terrorized. I saw orphaned children and mothers mourning their children. The situation which affected me most and which caused me to announce my resignation was when I saw an old blind lady mourning her son. We saw his body and we could see the marks of torture on his skin, which had been peeled off. She was crying for him and kissing him. She couldn’t see him, she could only touch him. His body had solidified. I can’t describe it to you, the situation was so tragic and it destroyed me inside.

I spent more than two weeks in Homs. I visited the districts of Baba Amr, Khalidiya, Sultaniya, and Bab Sba. I saw unspeakable things. I saw the charred corpses of torture victims, with their skin peeled off. Every few minutes we would see someone who had been shot by snipers. I saw all these things with my own eyes. I ‘m a human being and I can’t stay impartial and neutral after seeing this. Homs, which I got to know thoroughly, should be declared a disaster area. The houses there have been bombed with heavy weapons and destroyed. The evidence for this is all there.

What about elsewhere in Syria? How would you describe the situation in Syria in general?

From talking to the other monitors, the situation in Syria is really terrible, especially in hotspots like Daraa and Hama. Across Syria, the monitors saw the same sorts of thing that I saw, but each monitor has his own assessment of the situation.

There’s a contradiction between what you’re saying and the statements of the head of the monitoring mission. According to him, things are not as bad as you’re claiming.

I think the head of the mission wants to please everybody. He doesn’t want to anger the regime or any other party. His statements are designed so as not to cause offence to anyone.

Did the regime withdraw military forces from the cities as was stated in the report that the monitoring mission presented to the Arab League?

Did you visit any prisons? Were any prisoners really released, as the Syrian regime claimed?

I visited a prison belonging to the mukhabarat (Secret Police). I saw people there in a truly dreadful and deplorable condition. They’d been tortured and starved. We’re certain that many prisoners were hidden in places we were forbidden to enter, such as military camps. Regarding the release of prisoners, the regime is staging a big farce. Just before the regime announces the release of prisoners, it randomly kidnaps people from the streets. They are then left in prison for four or five days in miserable conditions. After this the regime invites us to their farce and these people are released. As for the real prisoners, who we demanded the release of based on lists the Syrian opposition gave us, not one of them has been released.

Are the protests in Syria peaceful?

All the protests I saw were peaceful. The protesters sought protection from us. I didn’t see any of the armed militias that the regime claims exists in those protests.

Who takes part in the protests?

The protesters come from all classes of Syrian society. I personally witnessed a four year old boy chanting: “I want the fall of the regime!” There is a complete consensus among the protesters that they want the fall of the regime, and they won’t settle for anything else. I met leaders of the Free Syrian Army in an abandoned house and they also don’t accept anything else. They think any talk of dialogue and negotiations is only a trick by the regime, designed to get it out of its current predicament.

My personal opinion is that if President Bashar al-Assad really wants to save Syria from a catastrophic sectarian civil war, he and his regime must step down.

Did you personally witness any shooting or killing of protesters?

No shooting or killing took place in front of us, but we saw the bodies of people who had been shot and killed straight after they had been shot.

Were those the bodies of civilians or armed militants?

They were ordinary civilians. We saw the bodies of people whose skin had been peeled off and who were tortured in horrific ways, ways that no one can imagine. I couldn’t believe that human beings could do what I witnessed to other human beings. The crimes I saw were worse than war crimes.

Do you think other monitors will resign like you did?

All the other monitors I spoke to were not happy with the situation but they couldn’t openly express their opinions. They were citizens of the countries they came from and they couldn’t publicly take a position at odds with their countries’ official positions.

Do you think the continuation of the monitors’ mission or an increase in their number will achieve a good result?

The continuation of the mission won’t achieve any result, even if the number of monitors is increased and even if the Arab League sends a monitor for every Syrian citizen. They will not be able to do anything. Their mission, and the protocol which established it, is moribund. The protocol has no relevance to what is happening in Syria and it was drawn up by a body which didn’t know anything about the situation. When we tried to implement it on the ground, we found that we couldn’t do that at all.

I think the cause of the problem is the Syrian regime. Yes, there is a shortage of monitors and a lack of capability but that isn’t where the problem lies. The problem is that the regime brought in the monitors to buy time. The Syrian regime is now using the monitors to enforce an agenda and to protect its very existence. For example, they would sometimes send out drivers with us who were in fact mukhabarat officers so that they could enter certain areas and find out what was going on there.

Did you notice any sectarian strife or discord?

I didn’t notice sectarianism in the areas where the opposition is concentrated as much as I did in the areas which support the regime. In the areas loyal to the regime we saw sectarian slogans. We heard people insulting the companions of the Prophet Muhammad in front of us, especially in Alawi areas. They did this when we were there deliberately and I personally heard people insulting Aisha, the wife of the Prophet. They did this in order to provoke us, because they know that most of the monitors are Sunnis.

What is your assessment of the attack on the monitors, in which you yourself were shot at?

Last Monday, we were exposed to an assassination attempt. We were travelling by car from Homs to Damascus on a road near the Baba Amr area of Homs. There is another road from Homs to Damascus but the regime wanted us to believe that the people of Baba Amr were shooting at us. I’m certain that it wasn’t the residents of that area who shot at us because there were military checkpoints on the road we were on and the houses overlooking the road were under the control of snipers and shabiha (militia loyal to the government). The Free Syrian Army was far away from that area and there was no way they could reach it. I assure you that this assassination attempt was set up by the regime. A university professor talked to us and told us that he saw the snipers being deployed from his office fifteen minutes before our car reached the area.

Do you think that your life is in danger now that you have testified publicly to what you have seen?

From what I’ve seen of the Syrian regime, I don’t believe that I’m safe from them even when I’m at home with my children. If anything happens to me I will hold Bashar al-Assad and his regime responsible.