Are you ready for our first ever NATIONAL CAMPAIGN?
Home / Opinion / The Munir Farooqi Issue 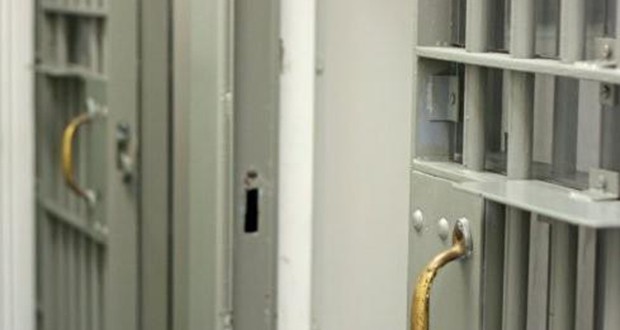 Munir Farooqi ran a da’wah stall in a Manchester market. Two police officers intent on entrapment pretended to convert to Islam through his stall, and then continually visited him instigating conversations and discussions regarding controversial political issues. He was convicted in September 2011 for allegedly radicalising the two undercover police officers and Munir Farooqi is now serving life in prison. Two other men, Matthew Newton and Israr Malik were also charged with the same offence. It is evident that they were convicted on the basis of the ‘evidence’ provided by the two undercover police officers, of which there was nothing of a forensic nature. He is currently appealing the conviction; however, whether Munir Farooqi is guilty or innocent is not the issue here.

The issue that I raise is that his family have received written notice from the Crown Prosecution Service (CPS) of intent to confiscate the family home. It has become apparent that there is a clause in the Terrorism Act 2000[1] which states that anyone who is convicted under the terrorism act may have their property forfeited. Ironically, we have never heard this clause ever being implemented before but for some reason the Manchester police have asked the CPS to submit an application to the courts to confiscate the home in which the family still live. This is nothing more than collective punishment for the entire family including an eight years old daughter and baby granddaughter, all of whom will be made homeless. Further, if the CPS is successful in taking away the Farooqi family’s home, this would undoubtedly set a precedent for such oppression to be inflicted on others. We might even see such acts extended to other crimes so that if someone were to be convicted of another crime such as theft, their families would also be made homeless. We know that collective punishment could have been extended to the families of the rioters when it was suggested that the families of the rioters should be evicted. This is grossly unfair as the families of the rioters had committed no crime.

The conviction of Munir Farooqi and his co-defendants has left an extremely sour taste in the mouths of Muslims in the UK. The manner in which the police conducted themselves in this operation will inevitably have set community relations back decades. The trust that has been lost will be very difficult to regain.

It is important to note from the very outset that impersonating a Muslim for the sake of a counter-terrorism entrapment case carries with it severe jurisprudential problems. We already know of cases in the US where the FBI have encouraged agents within Muslim communities to have sexual relations with female members in order to hold leverage against them in spying operations. Similarly in this case, we must consider the impact that any police activity could potentially have on the community, and how they should accordingly respond.
From the facts of the case, we know that the men who stood trial believed the undercover to be Muslims. Thus the men prayed alongside these police and indeed may well have prayed behind them. The officers portrayed an image of being overtly practising in their religion, and those that encountered them within the community trusted them as being so. Unlike some other communities in the UK, the Muslim community is tightly knit, especially in terms of the role of our mosques. To now think that any member of a congregation in a UK mosque could be a potential police agent who is seeking to discredit the mosque and its members is too horrible to imagine, especially when trust and love play such a significant role in our communal identity.
This breach of trust that the UK police has betrayed could potentially have dire consequences. They have breached the sanctity of our places of worship and furthermore the sanctity of the relationship that the religious leaders have with their own communities. As religious leaders, we need to be able to speak to our congregation both openly and in private about matters that are afflicting them in their personal and spiritual lives. To live under the fear and assumption that members of our communities may not be who they seem is extremely damaging to community cohesion.
Beyond the issues of the manner in which the police conducted their investigation, we have the very serious matter of the collective punishment that is being meted out on the family of Mr Farooqi. To consider that the police are attempting to make an entire family homeless due to the conviction of one is preposterous. Why should an entire family be punished? It is precisely this type of action that is leading to disenfranchisement amongst Muslim communities in the UK.
Concerns relating to alienation and disenfranchisement cannot be ignored for the sake of security. Cases such as Farooqi’s highlight the need for communities to feel that they have not been abandoned and alienated by British society. Using techniques such as entrapment and collective punishment will only ever serve to cement views that UK Muslims have no place in UK society. However, as Islam is flourishing in Britain it has become part of its landscape and history. It is impossible to imagine Britain without Muslims or Islam and thus policy makers should seek a better formula for the future Britain. It is inevitable that Muslims must take the lead and participate in setting this vision before it is drawn out without them.
Muslims in the UK are obliged to help this family as Allah has enjoined upon the believers, in various commandments, to support the believers who are being oppressed, irrespective of where they may be. Allah says in the Qur’an,

“The believers, men and women, are auliya (helpers, supporters, friends, protectors) of one another; they enjoin good and forbid from evil; they establish prayers, and give the zakat, and obey Allah and His Messenger. Allah will have His Mercy on them. Surely Allah is All-Mighty, All-Wise.”[2]

“A Muslim is a brother of another Muslim, so he should not oppress him, nor should he hand him over to an oppressor. Whoever fulfilled the needs of his brother, Allah will fulfil his needs; whoever brought his (Muslim) brother out of a discomfort, Allah will bring him out of the discomforts of the Day of Resurrection.”[3]

He (peace be upon him) also said,

“Whoever is present while a Muslim is humiliated before him, and is able to assist him [and yet does not], Allah will humiliate him before all of creation on the Day of Judgment.”

And in another narration,

When we merely hear the plight of our sister, we should feel restless and tormented as the Prophet (peace be upon him) said,

“The similitude of believers in regard to mutual love and affection is that of one body; when any limb of it aches, the whole body aches, because of sleeplessness and fever.”[4]

Supplicating is the least every one of us can do for this family and let us all remember that all matters are in the hand of Allah. “Is He [not best] who responds to the desperate one when he calls upon Him and removes evil and makes you inheritors of the earth? Is there a deity with Allah? Little do you remember.”[5]
There are number of attempts by Muslims as well as non-Muslims to help this family. The following examples help us to explore ideas of how every one of us can help this just cause. There has been a meeting of local imams with the police where the imams read out a statement against what the police are trying to do openly showing disapproval and requesting a change to their course of action.
There has been letters sent by Christian community leaders and human rights groups to MP’s and media groups such as the guardian and MEN (Manchester Evening News) to highlight this miscarriage of justice.

A petition has been set up which in its initial days did well even without the support of most imams and Muslim councillors. Over the first month it raised 13000 petitions.  The petition is still available online. (See here)
A number of media organisations have been contacted to cover the story which has been covered briefly by the BBC, Press TV, MEN, and others. Any brothers that could help with this to get more coverage that would be very helpful.
Press releases by the family themselves and by a human rights group known as Rappart can be found on the campaign website. (See here)
I think that although it seems like a lot has been done it has happened on a very small scale since there is not enough support from our own Muslims. It seems we have more support from non-Muslims which is a very sad state of affairs.
What is needed is for people to raise awareness or utilise their contacts and their influence to spread the news of this injustice so that there is widespread debate about the issue and that public opinion resist the abuse on the rights of the family. If we do not help now this will happen to many of us in the future, all because we failed to act.
:Notes
:Source
Islam21c requests all the readers of this article, and others, to share it on your facebook, twitter, and other platforms to further spread our efforts