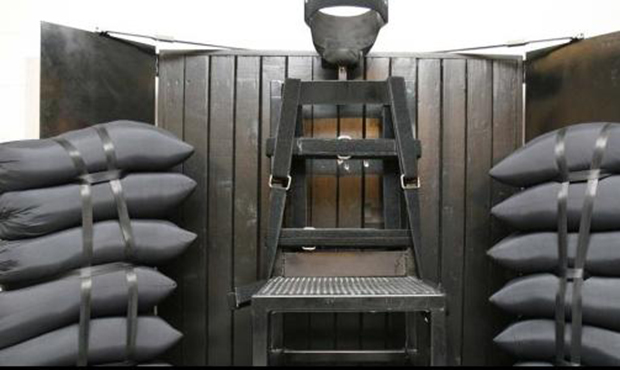 More severe than a people’s shortcoming in supporting an oppressed nation, and more devastating to the livelihood of a just cause is its uprooting from the minds of men. The hopelessness in oppressively overcoming a people through military annihilation or through financial sanctions has become evident to those governments who seek to wipe away a people based on their creed, tongue or political inclination. These measures have only reinforced the position of the oppressed, who, through the sympathy of the aware have found enough grounding to resist and endure their every hardship. But when a cause so integral to the status of our ummah is overlooked and allowed to be forgotten, its people find their endurance in repeating the words of Omar ibn Al Khattab whose concern extended to the east-most corner of the ummah: “Sufficient for us are the large nations of Al Basra and Al Ahwaz, I wish there was between us and Persia a mountain of fire so that they cannot reach us and we cannot reach them.” But through the grace of Allah, from Egypt, a nation that managed to break the chains of enslavement under a previous tyranny, a conference in ‘solidarity with the people of Al Ahwaz’ was staged to mark a new phase on the course of the struggle[1].

Al Ahwaz, also known as Khustan or Arabistan, is situated 60 miles from Kuwait, south-west of present day Iran and is home to almost six million Arab, Balochi and Kurdish citizens. Its area exceeds 320,000 square kilometres and despite the vast oil resource in this region[2], accounting for 90% of Iran’s total oil production, the people of Al Ahwaz find themselves the subject of cruelty, imposed poverty, routine and targeted execution as well as ethnic ‘Persianisation’ campaigns. Under nine centuries of occupation and purposeful desertion by the Arab and Muslim world, since 1925 the people of Al Ahwaz have found themselves before a regime that claims a siding with the oppressed of the world. They are repressed and fearful of revolution and suffering the outcomes of ethnic subjugation. In ways that are synonymous to the Zionist occupation, the erasing of the Arab identity in Al Ahwaz by the Iranian authorities includes the changing of Arabic names of towns, such as Muhamara to Khuramshare among other towns and roads. Families have been deprived of utilising Arabic names or those of the noble companions of the Messenger of Allah (SAW) except those venerated by the Shia doctrine[3]. Communities are banned from wearing Arabic customary clothing or from teaching the Arabic language in schools. Rather, mass executions occur regularly and in public amidst the Ahwazi masses to strike fear into their hearts. Even the building of Mosques and the distribution of printed media is prohibited, not least the teaching of the Sunnah that is undertaken privately to preserve the national identity. Even the natural resource of Al Ahwaz has been diverged from its citizens through the re-routing of its water supply, namely the Karun River to other provinces in spite of its scarcity. Sewage remains largely untreated in many areas of Al Ahwaz and electricity is deficient in supply[4].
To voice resentment at such austere measures is labelled ‘Moharebeh’ or ‘enmity against God’ and ‘Fasad-fil Arz’ (corruption on earth), exploiting such terminology in order to justify routine executions and to guise them as ‘Islamic’[5]. Most often, those executed are not subject to fair trials in Iranian courts as is argued by UN Human Rights Experts[6]. Currently, almost one million Ahwazi Arabs live in urban slums, and illiteracy exceeds 50% of its population. Land appropriation has forcibly displaced more than 200,000 citizens, receiving no compensation while up to 80% of the children of Dashte-Azadegan, an Ahwazi town with an indigenous Ahwazi Arab majority suffer from rampant malnutrition[7].
One may ask, why the instilled hatred of the Arab race in Al Ahwaz despite it dominated by Shia inhabitants and why is a war being waged against Sunni Muslims and Arabs in and around Iran? To relentlessly attempt to enforce a ‘Persian’ identity, regardless of religious affiliation challenges in the least Iran’s claim of upholding human rights and of siding beside the oppressed across the world. It furthermore overlooks the richness brought by the indigenous Arabs and non-Persians of Al Ahwaz who have for centuries been an integral part of the region’s diversity. The Arabic presence in Al Ahwaz dates back to the very formation of the Ahwazi civilisation where it celebrated autonomous rule despite repeated attempts at its invasion by the Sassanid Empire, assisted by its geological separation from the rest of Iran by means of the towering Zagros Mountains. Furthermore, the Ahwazi culture, norms and customs are vastly distinct from the inhabitants of Iran, resembling in dialect the Iraqi neighbour.
Historically, the association of Al Ahwaz with the rest of Persia was largely symbolic and based on military and financial interests. This continued until the Islamic opening of Persia in the year 636AD, succeeded by the liberation of Al Ahwaz in the year 637AD following the remarkable battles of Al Madaen and Al Qadisyah led by the noble companion Saad Ibn Abi Waqas, may Allah be pleased with him, overcoming the Sassanid, Persian army and liberating Iraq[8]. A liberation by the Muslim Arabs of a land that was beforehand subdued to the worship of its Persian Kings and Emperors, in order to “emancipate its people from the worship of people to the worship of the lord of people, from the tightness of the world to the vastness of the world and the hereafter and from the oppression of the various religions to the justice of Islam.”[9] The objectives of the companions of the Messenger of Allah (SAW) were so dignified that they shed their blood in order to relieve a once Magian community from the repression of their Magian Emperors. How then, when they are our exemplars that the repression towards the Muslim community of Al Ahwaz is sponsored by an Islamic Republic? If not for the right of the brethren, then for the right of the neighbour mandated by Allah Most High:

In light of the developments in the Muslim world, silence against the tyranny of governments remains no longer an option. Communities now realise the value of freedom and are prepared to pay its cost. Outward claims to the application of divine laws are weightless if the intent (the Maqsad) of justice is unattained. Al Ahwaz, identical in many ways to Palestine, particularly the West Bank remains overlooked by the majority of the world. It is a duty upon the Muslim world to realise the strife of the families in this region, to bring their just case to the surface and to pressure the international community to stand beside them, regardless of perceived external politics. It is therefore necessary to begin by educating others about this cause and to propagate it widely so that justice is compelled. Our dear Messenger (SAW) said:

“The likeness of the Believers in regards to their compassion, mercy, and kindness is like one body, when part of it is in pain, the whole body joins it in staying awake and having a fever.”[11]