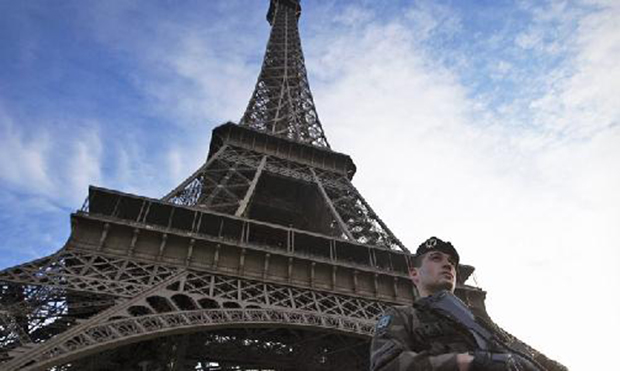 Amidst French government-led aggression against the sovereignty of Mali, a nation in the heart of Africa with a 90% Muslim population, genuine intentions behind such repeated intervention in Muslim lands becomes ever clearer. So much were the French authorities hailed for their eagerness to topple the tyrant Muammar Al Gaddafi and ‘go home’, convincing at least a handful that their long ambitions to reinstate their colonies in Africa had faded. This is apparently not the case, as France, assisted by a number of international powers launch an indiscriminate offensive against one of the poorest nations in Africa.

Falling victim to the 21st of March failure at overthrowing the previous Malian regime at the hands of the national army and under the guise of the ‘War on Terror’, the advocators of human rights open the continuing assault with the killing of 11 armless civilians ‘including three fleeing children’[1] and prolong the operation that has killed and displaced scores. Despite the Western government’s unbounded support to the previous regime’s toppling, solely due to the enmity of the Malian army to the Islamic movement in the Northern region of Azawad according to observers. Even though Azawad has always been a region inhabited by practicing Muslims, now numbering over one million, the repercussions were such to prompt further Western political lack of judgement. This event, when combined with other peculiar diplomatic movements on the international stage unveils a very cunning facade to their motives.
Is it solely an attempt to harness the opportunity to re-establish colonial power on African soil? After all, Syria is also a former French colony. Yet the outward paralysis of Western powers at taking any active measure to the unprecedented tyranny in Syria against a defenceless nation suggests otherwise. Moreover, and despite the unprecedented severity of Syrian revolution, the Malian intervention, like Syria was firmly opposed by the Security Council, opting to train Malian forces militarily intervening in September 2013 at the earliest[2]. All was to change in a matter of hours, throwing aside international or public consultation, and the much acclaimed left-wing anti-war policy of the Hollande government to then be chased by the Security Council’s approval.
On the other hand, the U.S was quick to tame certain elements in the Syrian revolution as ‘terrorists’. Yet whatever the definition of ‘terrorism’ has practically become, undeniably it should be applied to a regime that supports the slaughtering of women and children. Unsurprisingly, not a single Western government has dared call the Syrian regime a ‘terrorist’ regime as clearly, this term has been reserved for a certain group of individuals as analysts claim. Now that it is used sparingly for the justification of any war, ends any questions as to the real reasons for the Malian assault before they can begin[3]. Although no indication existed to the effect that the rebel forces pose a threat to Europe or that they even conceive Europe a threat to them, Government and media rhetoric continue to assert that the attack is ‘pre-emptive’, having now induced a real and unnecessary threat. Nevertheless, some ask how can war be waged against groups who are ‘linked’ to terror without explaining the nature of these links, or do we as a people with judgement even matter? Regrettably, the media fails to highlight the remarks of the Vice President of the Justice and Development Party Omar Celik, strongly opposing the intervention while drawing the exposing Syria analogy.
Needless to say, the world is not so naive as to believe that this aggression is a result of ‘lashing’ or ‘amputations’ or as a result of similar juvenile argumentation that has plagued mainstream media. Only recently was the ousted Zine El Abidine tyrannizing his nation with the iron fist of the French authority’s unwavering political support. Of course France was not oblivious to the most inhumane and degrading forms of torture perpetrated under that government but nevertheless maintained its silence for its own political interests. The eradicated Gaddafi celebrated a very cosy secret relationship with the governments of the West, in spite of his more than 40 year oppressive rule to his citizens, executions en-masse and his outward defiance to the colonial powers. It was the will of Allah and then the Libyan people that turned the tables and that instigated subliminally motivated NATO intervention after years of stagnancy.
When one deliberates over the true motives of this preceded invasion, it becomes clear that it roots from the fear that Islam is spreading throughout the horn of Africa as indicated by analysts as per some observers. Analysts also contend that this invasion will reinstate the feeling of being colonised amongst the mainstream in Africa and its surroundings, adding that it will amplify the feeling of enmity held by those factions considered extreme towards France. Mali is a nation that shares extensive borders with Mauritania and Algeria and fears that the rebellion will not provoke consequences against the regime of the latter, a regime that has been long subservient to France exists. It is reprehensible that the west is failing to deal with the changes in the middle-east and Africa with more wisdom and sanity. Citizens of Mali are becoming exasperated at the systemic corruption in their country, which ‘continues to undermine the rule of law’ in addition to the politically influenced judicial system[4]. Change is eminent in Mali as well as the surrounding regions, particularly as Islam sweeps across Africa, guaranteeing for people justice and fair distribution of resource. It is this fairness that will benefit its subjects and defy the ambitions of those who profit at the expense of the poverty of Africa.

“…And Allah has full power and control over His Affairs, but most of men know not.”[5]

The continuing ‘war on terror’ is in itself a devastating paradox. War that is instigated on the basis of greed and political influence is in itself ‘terror’, forcefully subjecting a people to tenets that they have not chosen. The war on Mali, if not halted will not only diminish life and wealth of its people but will compromise the well being of the citizens living in the West. Economies will be further driven into disaster and the livelihood of the vulnerable will be made ever more miserable, particularly the economy of France that is already in turmoil. This is notwithstanding the fact that this operation will harm the extensive French interests across the Muslim world. Allah alone is sufficient for the believers of Mali and after this, an appeal goes out to all citizens including the French, Muslims and non-Muslims who have long supported the causes of the weak and the overcome nations to take a firm stance in opposition to this invasion. This is extended to all individuals who are able to lobby an end to the bloodshed of our Muslim brothers and sisters in this poor country.
Muslims need to begin exercising pressure on the French government in order to call a stop to this military intervention through launching various campaigns. Demonstrations in front of French Embassies are a good initial step if this aggression continues. This should be followed up with the sending of letters to the French authorities. More awareness raised about the Mali case is a must amongst Muslims and non-Muslims in order to help Malian people living in exile to establish organisations that support their causes.
“Indeed, Allah defends those who have believed. Indeed, Allah does not like everyone treacherous and ungrateful. Permission [to fight] has been given to those who are being fought, because they were wronged. And indeed, Allah is competent to give them victory. [They are] those who have been evicted from their homes without right – only because they say, “Our Lord is Allah .” And were it not that Allah checks the people, some by means of others, there would have been demolished monasteries, churches, synagogues, and mosques in which the name of Allah is much mentioned. And Allah will surely support those who support Him. Indeed, Allah is Powerful and Exalted in Might.”[6]