Against the Odds: The Iraqi Spring 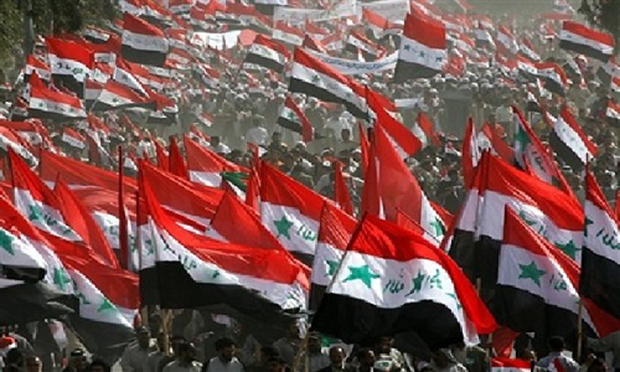 When Iraq was unlocked to the storming Mongolian armies in 1258, treacherously invited by Ibn al-‘Alqami who was a minister in the court of the Caliph, al-Musta’sim, the innumerable soldiers of Hulagu Khan went forth and carried out unforeseen carnage in the Muslim lands. That event sought to confirm that if our nation is a standing structure, with the Holy City at its heart and Syria as its courtyard, its locked gate is none other than the land of Iraq. Situated at the very periphery of the Muslim world, this land becomes perpetually faced by hostility and in a state of struggle to keep safe what is within it. By realising its principality in determining the state of affairs of the entire Ummah, the leader of the believers Omar ibn Al Khattab (RA) ensured it at the forefront of his priorities. Only four days before his martyrdom he articulated his everlasting words: “if Allah gives me respite, I will leave the widows of Iraq in need of no man after me”. The concern that Omar ibn Al Khattab had for the well-being of every individual exclusively, was entrenched into his rein. Contrasting this with the neglect of today almost causes the Muslim to fall into a state of despair. This is augmented by the past and present state of our modern day Iraq, in many ways synonymous to the Mongolian invasion and its repercussions, following the recent decade-long, 30 nation offensive.

The invasion of Iraq in 2003 was to diminish any remaining doubts as to the real purpose of the occupying force. The allegation to establish democracy, freedom, human rights and to reinstate the right of Iraqi self-determination under the guise of disarming ‘weapons of mass destruction’ was quick to be proven a fallacy. Far over one million Iraqis met their fate; towns and cities were turned into rubble and millions of citizens were displaced. Corruption has now become rampant and Iraq is now internationally ranked four places from the bottom, all while living conditions have become the worst in the world. Today’s Iraqi Muslim widows, having encountered the mercilessness of the past decade, often find their abode in the dungeons of the deposited and sectarian government proceedings.

Ever since the demise of Saddam Hussein the Ahl Al Sunnah of Iraq have been the targeted subjects of the most bitter forms of persecution, having been falsely branded as the advocates of the deceased Bathe regime, one that did not differentiate in its totalitarianism between any Iraqi. On the contrary and in reality, the persistent defiance and resistance of the Ahl Al Sunnah of Iraq against the foreign occupation was the reason for this claim. Interlacing this with the hand in hand support sent by Iran to the occupation through its armed militias and death squads, it succeeded in amassing internal power and in extending its political territory. This created the ideal scenario for the oppression of Iraq’s Ahl Al Sunnah. Despite this, political elements of Ahl Al Sunnah chose to participate in the new government created by the occupying force, in a meagre attempt to politically change the new Iraqi landscape.

Tariq al-Hashemi was granted the position of Deputy Prime Minister, but to his sheer surprise, and before any noticeable influence, was categorized as a ‘terrorist’ and sentenced to death in abstention for reasons that were unfathomable and apparently ‘politically motivated’. The supposed intention at gradually forming a Shi’ite-dominated, sectarian government was corroborated by the arresting of several staff members belonging to the Sunni Financial Minister, Rafa al-Essawi. The real motives, however, of the Ahl Al Sunnah current uprising that was launched from the western province of Al Anbar extend beyond the parliamentary arrest warrants. It stems from the decade-long marginalisation, oppression and ethnic cleansing of the prominent Ahl Al Sunnah community of Iraq that long nurtured some of the greatest scholars in Islamic history.

Iraq, if before ruled by an autocratic regime that exterminated political opposition, is now governed by a regime that represses on identity. Large-scale arrests are random, particularly in the provinces of Mosul, Diyala, Anbar, and Salah al-Din. Under the guise of ‘Anti-Terror Law’, evidence suggests the use of atrocious torture techniques in public and secret jails, while those arrested wait extensive periods of time, up to several years before facing the politicised juridical system. Iraqi authorities commonly detain the women of the intended victim so as to pressurise their male counterparts to surrender themselves to the authorities, after having fled from fear. According to Sheikh Harith al-Dhari, the Secretary General of the Iraqi Association of Muslim Scholars, imprisoned Muslim women now amount to more than 5000 of those in Iraqi dungeons. Torture ranges from molestation to more extreme infringements to their honour and chastity that has resulted in pregnancies amongst modest Iraqi women while the total number of imprisoned men and women account to hundreds of thousands including children. Severe torture has resulted in the death of a number of inmates, again, justified under the charge of combating ‘terrorism’.

Moreover, atrocities perpetrated by the American grown government include the opening of its airspace to Iran’s weapon shipments intended for the Syrian regime to further its onslaught of the Syrian people. This has been a fundamental catalyst to the rage blowing across the Anbar province, to the extent that protesters have chosen to block one of the main highways leading to Syria. The aspirations of the current government, however, extend beyond the repression of the huge Sunni population. The instating of such a Prime Minister was in itself very devious of the coalition. Undoubtedly the coalition was not oblivious to the government supporting death squads and militias into the security force. The current higher Iraqi authority is considered the de facto authority over these militias, utilising their lawlessness to ‘convert Iraq into a Shi’ite theocracy’ as some analysts claim. In addition to this, and with the nearing collapse of the Alawite regime in Syria, suggestions to the formation of a Shi’ite state, encompassing Najaf, Karbala, Maysan, Dhi Qar, Al Diwaniyah, Wasit, Al Basra, Babil, Al Qadisiyah and the Al Rusafa section of the capital, Baghdad, are often voiced.

“Verily, Pharaoh exalted himself in the land and made its people sects, weakening a group among them: killing their sons, and letting their females live. Verily, he was of those who work corruption.”

But like Iraq’s neighbouring revolutionaries who have shattered the terrorisation of their oppressive systems and the deadlock of enslavement to men, the Iraqis have flooded onto the streets in their thousands to demand their freedom. Not hampered by the threats of the Iraqi regime and its insolence to describe their peaceful endeavours as ‘rotten bubbles’, such hopelessness in quelling this uprising that will see the end to its decayed aspirations. The uprising is founded upon the dependence upon Allah the Most High, not a head that can be purchased or assassinated and thus all attempts at its suppression will be, by the will of Allah, to no avail. A military endeavour against the Iraqi spring will furthermore confirm the regime’s heedlessness to the proceeding tyrannical exemplars. When they raised their weapons in the face of their resilient nations, they found their doom at the hands of the very men they fought and through the very means they used.

The future of Iraq will be shaped by the struggle of the Iraqis, their resilience against the concurrent trials and their persistency in upholding the truth. Aside from a supposed ‘liberation’ that uprooted every remnant of civilisation and that placed grief into every household, the people of Iraq have chosen freedom over repression. It is now the duty of the international community to echo their voices across the globe and that of the Iraqi revolutionaries, particularly through social media outlets in solidarity to their cause which is our cause. The current Iraqi regime must not be allowed to harness international media abandonment in a way that will render unnoticed any future crimes it commits against the protestors. Enough for us a difficulty on the day of resurrection is justifying our shortcomings towards Syria…

Notes:
Sources: www.islam21c.com
Islam21c requests all the readers of this article, and others, to share it on your facebook, twitter, and other platforms to further spread our efforts.