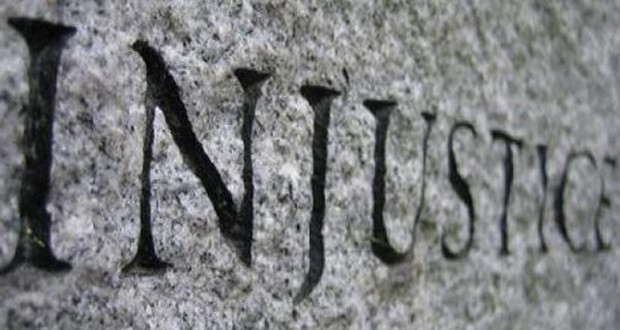 All praise is for Allah, the all Just, the one who has forbidden injustice upon himself and forbade it amongst his slaves. We ask Allah to praise and grant peace upon the Messenger, his family and followers.

Travesty of Justice
The death sentence passed against Delawar Hossain Sayedee, the deputy of Bangladesh Jamaat e Islam, is nothing short of travesty and perversion of justice. It is the latest sentence to be passed in the war crime tribunals for alleged atrocities carried out during the war of independence from West Pakistan in 1971. Background to the case can be found here.[1]
The trials are a cover for something more sinister that is the struggle for the soul of Bangladesh. The current government has already carried out some of it’s goals to remove Islam from the Bangladeshi constitution. It wants to model itself on India. But in India Hindus are protected whereas Muslims in Bangladesh are arrested, tortured and killed with impunity.
The war crime tribunals have been criticised at home and internationally for being politically motivated and for failing to meet standards to ensure fair trials for the accused. As an example The Bar Human Rights Committee of England Wales (BHRC) issued this statement.
‘The Bar Human Rights Committee of England Wales (BHRC) expresses its concern that the International Criminal Tribunal in Bangladesh (ICT) is failing to meet international fair trial standards. In particular, the BHRC expresses urgent concern following the alleged abduction of a defence witness, Shukho Ranjon Bali, (“Bali”) in front of the International Crimes Tribunal on Monday 5th November 2012.’[2]
A second example can be found here.[3]
The secular anti Islamic government of the Awami League headed by Shaikh Hasina is carrying out a political campaign of eliminating its opponents under the slogan of national justice. The Awami League has served as the judge and jury and unless real justice prevails it will soon be the executioner of it’s Muslim political rivals.
A media circus has grown around these trials with blood thirsty supporters of Awami league hungry for the heads of Jamat leaders.  Observers are supposed to believe that these are just and fair trials. However, only members of the opposition stand accused which has given rise to claims of a political witch hunt. Awami League is one face of a coin whose other face is just as dark and ugly. That face is the movement to change the identity of Bangladesh from a Muslim country to a secular and ethnic one.
It is the movement behind the call for the trial of Jamat Islami leaders.  This is a group calling itself ‘Ekatturer Ghatak Dalal Nirmul Committee EGDNC’ (Committee for Resisting Killers and Collaborators of Bangladesh Liberation War). And this is what they believe about identity;

‘Our first and foremost identity is we are human being -then we are Bangalees. There are Muslism, Hindus, Buddhists, Christians, believers and non-believers among us.’[4]

‘If anybody claims himself a democrat, he must be secular – and there is no alternative to this.’[5]

Bangladesh’s population is over 80% Muslim.  A small privileged section of the society whose real aims and motives are not known to the masses is the real force behind these trials. Their contempt for Islam is evidently clear. Their ultimate goal is to remove Islam from public life. The only political force standing in their way is Jamat Islami. Hence, these sham trials are nothing more than to eliminate the Islamic opposition.

‘Those who want that state will be ruled by religion norms, those who do not believe in the sovereign power of people, are dividing the nation by giving their own explanations on religion. If they are not eliminated forever, our democracy would not be safe and economic development would not be possible.’[6]

‘So we’ll have to ban this fascist, fundamentalist forces for the sake of protecting democracy’[7]

Awami League supporters together with their agents in the media have poisoned the minds of ordinary people with a toxic mix of nationalism and propaganda.  The two largest papers in the country are filled with anti Jamat reports. They serve as the Awami League’s official mouthpiece.   It is difficult to see if the visual media is any different. Any opposing voices are being frightened into silence. [8]
It is no surprise then that a substantial number of unsuspecting Muslims may be in favour of the trials. This support must be seen in the context of the climate that has been created by the government and the media.
Eliminating leaders of Jamat Islami is a sure means for Awami League to consolidate its hold on power. It has taken steps to ensure that the opposition will be too weak to challenge it at the next election even if it is free and fair. Before the trials even began the accused were already condemned. The verdicts only serve to put a rubber stamp on the Awami leagues plans. The only verdict it was willing to accept was guilty. When one case did not receive the death penalty Awami League changed the law to appeal any verdict it regards lenient. Leniency is anything less than death by hanging.
The reality of these trials is a distraction from the real issues facing the ordinary people of Bangladesh. It is a country that is close to the bottom when it comes to poverty and consequently near the top of the corruption index. If the Awami League continues in its path of confrontation, targeting of Islam and its political leaders it will polarise and divide the population based on religious and political affiliation.
Muslims in Bangladesh need to judge the situation in light of the guidance of the final words of Allah and the Prophets Sunnah.  Nationalism and blind affiliation to a political party are destructive in this world and the next.
Our disagreements and differences have to be solved through discussion founded on justice from Quran and Sunnah. This is the requirement of Imaan. Anything short of it is hypocrisy.
يَا أَيُّهَا الَّذِينَ آمَنُوا أَطِيعُوا اللَّهَ وَأَطِيعُوا الرَّسُولَ وَأُولِي الْأَمْرِ مِنْكُمْ فَإِنْ تَنَازَعْتُمْ فِي شَيْءٍ فَرُدُّوهُ إِلَى اللَّهِ وَالرَّسُولِ إِنْ كُنْتُمْ تُؤْمِنُونَ بِاللَّهِ وَالْيَوْمِ الْآخِرِ ذَلِكَ خَيْرٌ وَأَحْسَنُ تَأْوِيلًا
O you who believe! Obey Allah and obey the Messenger (Muhammad), and those of you (Muslims) who are in authority. (And) if you differ in anything amongst yourselves, refer it to Allah and His Messenger, if you believe in Allah and in the Last Day. That is better and more suitable for final determination.[9]
وَمَا اخْتَلَفْتُمْ فِيهِ مِنْ شَيْءٍ فَحُكْمُهُ إِلَى اللَّهِ
And in whatsoever you differ, the decision thereof is with Allah (He is the ruling Judge) [10]
وَإِنْ طَائِفَتَانِ مِنَ الْمُؤْمِنِينَ اقْتَتَلُوا فَأَصْلِحُوا بَيْنَهُمَا فَإِنْ بَغَتْ إِحْدَاهُمَا عَلَى الْأُخْرَى فَقَاتِلُوا الَّتِي تَبْغِي حَتَّى تَفِيءَ إِلَى أَمْرِ اللَّهِ فَإِنْ فَاءَتْ فَأَصْلِحُوا بَيْنَهُمَا بِالْعَدْلِ وَأَقْسِطُوا إِنَّ اللَّهَ يُحِبُّ الْمُقْسِطِينَ, إِنَّمَا الْمُؤْمِنُونَ إِخْوَةٌ فَأَصْلِحُوا بَيْنَ أَخَوَيْكُمْ وَاتَّقُوا اللَّهَ لَعَلَّكُمْ تُرْحَمُونَ
And if two parties or groups among the believers fall to fighting, then make peace between them both, but if one of them rebels against the other, then fight you (all) against the one that which rebels till it complies with the Command of Allah; then if it complies, then make reconciliation between them justly, and be equitable. Verily! Allah loves those who are equitable. The believers are nothing else than brothers (in Islamic religion). So make reconciliation between your brothers, and fear Allah, that you may receive mercy. [11]**Note; Action Alert: Bangladesh – Demand a fair trial for Professor Ghulam Azam – click here**

Islam21c requests all the readers of this article, and others, to share it on your facebook, twitter, and other platforms to further spread our efforts.
[1] http://www.jamaat-e-islami.org/en/details.php?artid=MTgwMQ==
[2] http://www.barhumanrights.org.uk/bhrc-statement-international-criminal-tribunal-bangladesh-ict
[3] http://www.economist.com/blogs/banyan/2012/12/bangladesh
[4] http://www.secularvoiceofbangladesh.org/all_about_nirmul_committee.htm
[5] Ibid
[6] Ibid
[7] Ibid
[8] http://www.opendemocracy.net/opensecurity/aisha-rahman/trial-by-media-bangladeshs-international-crimes-tribunal
[9]  Quran 4:59
[10] Quran 42:10
[11] Quran 49:9-10
2013-03-01
Sheikh Abu Talha
Previous: How the West was won: An analysis of the Gay Rights Movement Part 1
Next: Bangladesh and Di-Islamisation

Abu Talha has been regularly involved in teaching and speaking about Islamic issues for over fifteen years.He undertook his Arabic and Islamic studies at the renowned Islamic University of Madinah where he graduated with BA (Hons) in Shariah and a Diploma in Arabic language. While in Madinah he was blessed to learn from some of the scholars in the Prophet's Masjid. Formerly, he worked as a full time Imam and Khateeb at an Islamic centre for a number of years. Along with his Islamic education, Abu Talha is a qualified and experienced language teacher and holds a Masters in Education and Applied Linguistics.​

My Jumuah at Masjid Hagia Sophia