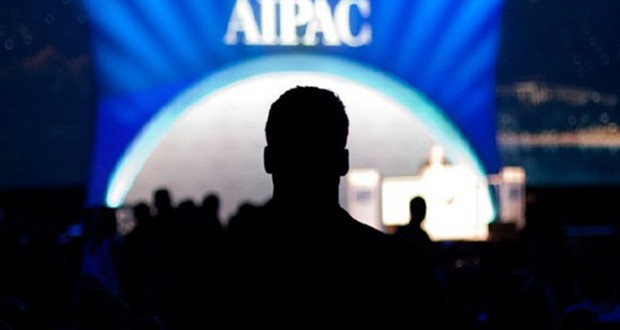 The Henry Jackson Society and scaremongering with AIPAC

The American Israel Public Affairs Committee (AIPAC) is North America’s most vociferous pro-Israel lobby group. This week Alan Mendoza of Britain’s Henry Jackson Society offered an interesting glimpse into what appears to be one of the main preoccupations of his organisation; namely, scaremongering about Muslims. The Henry Jackson Society has been described as a “neoconservative think tank” which, claims Sameh Libdeh, acts in Britain on behalf of Israel’s right-wing Likud Party.

The society absorbed another far-right think tank called the Centre for Social Cohesion in September 2011. Spinwatch produced a report called “The Cold War on British Muslims” which investigated the roles of the Centre for Social Cohesion and Policy Exchange in whipping-up fear of Muslims in Britain and America. A recent report by HJS, “Al Qaeda in the United States”, was featured in a sensational report on Fox News, no doubt aiming to divert attention from men with long beards in Afghanistan to the all-American Muslim boy next door. No wonder there are so many attacks on Muslims and their places of worship in the US.

The Henry Jackson Society’s list of advisors and staff is a veritable who’s who of those pushing an anti Muslim agenda with Executive Director Alan Mendoza at the top. One ex-contributor to the HJS, academic Marko Atilla Hoare, has claimed that Mendoza got rid of all the founder members of the group in what he describes as a “putsch”. Dr. Hoare left the HJS after it took what he said was a rather alarming lurch to the right. His website points out that the society “includes among its Trustees Michael Gove, the current Secretary of State for Education, and it is alleged to have influenced the foreign policy of David Cameron and William Hague. It currently serves as a secretariat, at the House of Commons, to the All-Party Parliamentary Groups for Transatlantic and International Security and for Homeland Security.”

Thus do we begin to get a glimpse of the possible influence that the Henry Jackson Society may have on government policy at Westminster.
Mendoza’s speech to AIPAC included the perceived threat to Israeli interests in Europe because of immigration and a rising Muslim population. Can you imagine the furore if anyone stood up and started to talk about the threat from a rising Jewish population? The presumed “threat” to Israeli interests has to be increasing Muslim awareness of what Israel is doing to the Palestinians in the territory occupied in 1948 and 1967.

It has to be assumed that Muslims having their own media sources outside of the largely pro Israel mainstream are often in possession of facts about the real situation in Palestine and Israel’s murderous policies towards Palestinians that Mendoza and his masters would prefer the European public not to hear. Even worse, from Israel’s perspective, is the fact that the people of Europe might not only see through Israeli “hasbara” (propaganda) as a result of greater interaction with Muslims, but also realise that the neocon propaganda about Islam and Muslims generally is nothing less than scaremongering.

Rather strangely for a European, Mendoza told AIPAC, “There also is the whole concept of defending one’s country that seems foreign to Europeans… who truly believe talk is the answer.” At a stroke, he discounted himself and his own country from any links with Europe, which I find rather disturbing; Mendoza talks about Europeans as some sort of “other”. Even more worrying is that he appears to be giving tacit support to violence, state or otherwise, as the way to resolve international conflict. Does this mean that he defends Israel’s murderous policy of assassinating those whom its government wishes to silence? What about Israel’s genocidal policies against the Palestinians? Does he support those?

A poll carried out by the Simon Wiesenthal Centre suggested that Israel is indeed, in the view of most Europeans, the biggest threat to world peace. Rather than condoning the actions of such an aggressive country, surely Mendoza should be asking when Britain and America will stop sacrificing our young men and women in unjust and unlawful invasions of Muslim lands to protect Israel and Israeli interests.

Continuing his anti-European tirade to AIPAC, Mendoza accused the European Union of being “obsessive about finding a just and peaceful solution, a two-state solution” to the conflict in the Holy Land. It must be very inconvenient for the likes of Mendoza and AIPAC’s apologists for Israel (a state with a massive standing army funded largely by US tax dollars at a time when US citizens are seeing public services and benefits cut by Washington) that there are Americans and Europeans who prefer a peaceful solution to the Palestine-Israel conflict instead of the “war-war, not jaw-jaw” approach that they prefer. It is clear that Israel’s vision for a peaceful solution, what might ironically be called a final solution, is that it controls as much of historic Palestine with as few Palestinians on it as possible.

AIPAC, and Mendoza, probably have no need to worry and can sleep easily knowing that most government ministers in Britain are “Friends of Israel”. Indeed, it was reported that two British MPs were in the AIPAC audience listening to Mendoza’s speech. One, Andrew Percy, the Conservative MP for Brigg and Goole has been described as one of his party’s “most rebellious MPs”. On this issue, however, he appears to be keen to toe the pro-Israel line, being very keen to let Americans know “that about 70 per cent of the Conservative Members of Parliament support Israel and are concerned” about threats to the state.

As a British citizen I must say that I am more than concerned about how much organisations like the Henry Jackson Society can influence Conservative Party policy; the party is, after all, the main partner in our governing coalition. Keeping the numbers of Muslims in Britain and Europe down is clearly a priority for the HJS, not because of any existential threat to the UK, but because of the influence they could have on government policy towards Israel and its illegal expansionist policies in the occupied Palestinian territories. The government should be open about how far pro-Israel lobby groups in Britain are influencing policy; we need to know that our officials are acting in Britain’s best interests, not those of Israel.

Sources:www.islam21c.com
Islam21c requests all the readers of this article, and others, to share it on your facebook, twitter, and other platforms to further spread our efforts.
2013-03-13
Laura Stuart
Previous: Proactivity; a figment of the past
Next: Highest Hits