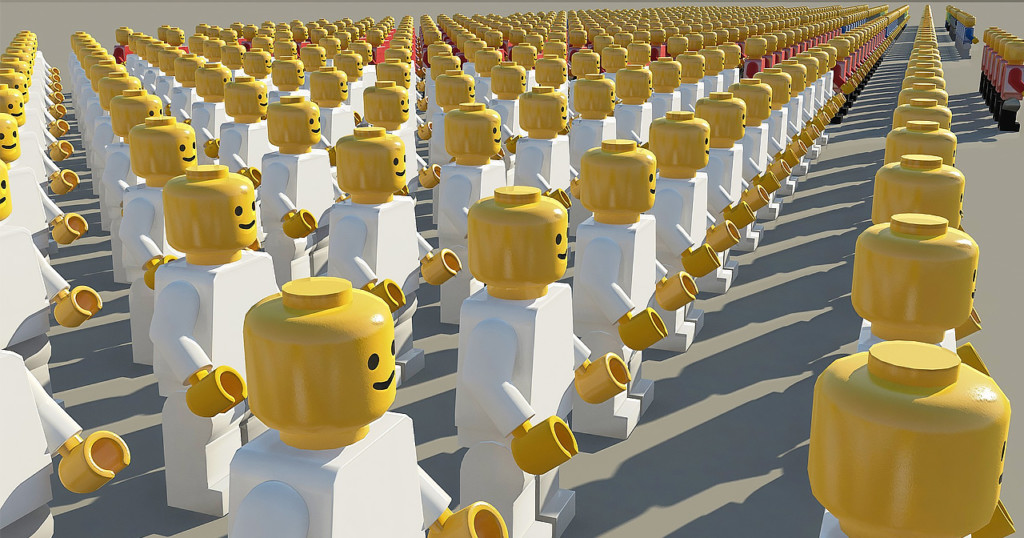 The UK government’s “Integrated Communities Strategy” green paper has been met with fierce condemnation and accusations of Islamophobia from members of the British Muslim community and beyond.

A consultation opened by the British government on what it calls a “vision for building strong integrated communities” has lead many to react against it accusing it of being another attack against British Muslims and an imposition of xenophobic political attitudes and opinions related to diversity as part of a broader anti-multiculturalism, anti-immigration agenda.

The “Integrated Communities Strategy green paper” contains the government’s latest plans which target minorities including the Muslim community—as some have put it, to “help us get over our segregation problem”. It has been accused of propagating sanitised racist stereotypes about minorities presented in a politically correct way, and was launched in the same week as a report launch in parliament by the Muslim Council of Britain, on the topic of integration from experts, academics and grass roots voices, inevitably critical of the government’s approach.[1] A summary of the government’s green paper can be found in the article, What the Tory Government Calls “Integration” is Muslim Disintegration.[2]

Furthermore, the “consultation” itself has been met with harsh criticism and accusations of misleading questions to elicit compliant responses. ʿAbd-Allāh Thomson, the author of the above article, said:

“The government are as usual not being very transparent even when they are holding a consultation. The green paper is 35,000 words and a lot of effort has been made to disguise those issues relevant to the Muslim community.”

So what do the measures involve?

In spite of the obscurity, some of the proposed measures that will impact the British Muslim community include:

Advice on taking part in the “consultation”

Shaykh Dr Haitham al-Haddad in a recent statement urged the Muslim community to take part in the consultation in no uncertain terms:

“It is obligatory upon every Muslim who has basic understanding of the deen to respond to this consultation. It is obligatory upon us to enjoin the good and forbid the evil as the Prophet sallAllāhu ‘alayhi wasallam said whoever among you sees a bad practice must change it with his hand, and if unable then by his tongue—which we all have the opportunity for. This paper if implemented will have an extremely negative impact on the Muslim community in the UK. It will also lead to many other bad consequences in other European countries.

“I know all of us want to read more Qur’an in Ramadan but this is now wajib al-waqt, the timely obligation, and it takes priority over recommended acts. After all, a passive attitude towards this agenda could end up stopping our children from learning the Qur’an in madrasas in the UK.”

The consultation consists of 14 questions based on various parts of the green paper, however not all questions need to be answered and there is a space to add comments for each question and voice one’s concerns and criticisms.

As mentioned above it has been criticised for apparently obscuring the intended meaning and impact of some of the questions, whilst others have complained of inherent bias and presumptions based on an anti-immigrant ideology. For example, the question on the “consultation” that appears to be disguising the policy to force Muslims to carry out civil marriages, is worded as follows:

Q13 – The Green Paper proposes measures to address practices which can impact on the rights of women. Do you agree with this approach?

On the topic of forcing Muslim couples to carry out civil marriages, ʿAbd-Allāh Thomson pointed out the following:[4]

Under the heading “Rights and Freedoms” the green paper moves to restrict our marriages. Civil marriage law is so disliked in the UK that of 19 million families 3.3 million are not legally married, a figure that has doubled since 1996.[5]  You may well be wondering what this has to do with integration. When non-Muslims do it of course it is assumed to be a decision between two consenting adults. When Muslims do it, it is assumed to be between an aggressively patriarchal man and a woman with no “agency”; the will or ability to make her own choices. While acknowledging that in some of the Muslim countries that type of relationship is more common than in the UK it must also be acknowledged that it does exist in abundance among non-Muslims here too. (Almost two women are killed per week by their current or former intimate partner in England alone,[6] and on average 232 are raped everyday.[7]) The government are not proposing to remove every non-Muslim’s freedom of choice to save those non-Muslim women, but they think it is OK to deal with us simplistically with a broad brush, an easy thing to take our freedom of choice away while others can carry on cohabiting. Surely, if people are not getting civil marriages then a less foolish way to address that would be to make it more appealing rather than create new laws to selectively force one minority.

The authors of the proposals also make it clear that they believe it is a problem if minorities happen to be in a majority in a particular area. For example, if it is predominantly a Muslim area this is a problem community regardless of how much social interaction or civil engagement there is within that community. The term which used to be simply “communities” has been changed to “integrated communities” to mean one which has a proportional (to national average) number of minority people. Those minority people would be behaving in a way that is acceptable enough to the majority for them to be able to work and socialise among them.

The authors of the proposals would do well to learn from the case of Bijan Ebrahimi who was racial abused by more than a few of his white neighbours for a decade before action was taken, after he had been beaten to death and set on fire, to understand where housing services could have improved his life expectancy. The Council’s “Learning Review” states that “Throughout Bijan Ebrahimi’s life in Bristol, he lived in areas with relatively low Black and minority ethnic populations. As such, local experience indicates that he was at increased risk of suffering racist prejudice and behaviour.” It continues “Many in Mr Ebrahimi’s position would have been likely to develop coping mechanisms to deal with such behaviour that might have included not drawing attention to themselves, ignoring comments made to them and moving away as opportunities arose.”[8] The council all but declared his was a death by integration.

Have your voice heard

Is intermingling of all groups of people essential for community?

Do you feel that it is a problem or a positive thing if nearly all your friends are Muslim? That the focus of your community activities is among the Muslim community?

Does living in a predominantly non-Muslim area work for you? Do you think you should be expected to?

Do you feel by the government focusing on “integration” there is less scrutiny of non-immigrants and whether they lead positive community enriching lives?

Do minorities tend to live in clusters because of some malicious intent, or should the common threat to life and livelihoods posed by racism in the last few decades be given some attention for actual integration?

Let the government know what you think about the term “integrated communities”.

Do you believe immigrants and their descendents should be targeted for measures to assimilate them into white nationalist cultural attitudes and norms, or do you believe one can be a productive member of society whilst still retaining their culture and Islamic identity?

“Muslims are the canary in the coal mine”

“Muslims and non-Muslims need to realise that there are sadly plenty of Islamophobic and racist undertones and stereotypes to many of these proposals. We need to ensure to take part in the consultation to voice condemnation and opposition to this increasingly right-wing subtext and anti-immigrant ideology—not just by ticking “agree” or “disagree” but writing out our concerns at the attempted erosion of diversity in society in favour bloated organs of state coercion.

“Do we want to live in a society where people who disagree with each other can get along, or where one group has to force the others into submission? Muslims today are the canary in the coal mine. If we allow the state to interfere in our intimate lives and lawful personal dealings based on the cultural norms and attitudes of those in power under the misleading pretext of “British values”, then it is only a matter of time before the transgressors of Theresa May’s unilateral conception of “British values” swell to include many others. We have a collective duty to speak out even if others do not realise this yet.”