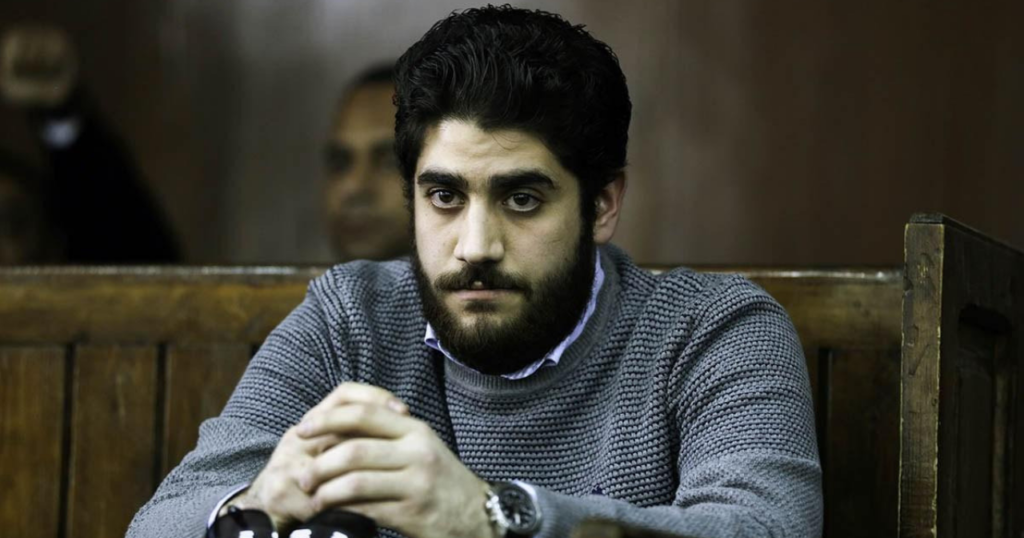 On the 4th of September, the sad news emerged that Abdullah Morsi, the son of late President Mohammed Morsi (raḥimahu Allāh), died of a ‘sudden’ heart attack. Abdullah Morsi, 24, returned to Allāh (subḥānahu wa taʿālā) after a life full of arbitrary detention, imprisonment, and the enduring pain of losing his father.

The young, brave man was the youngest of Morsi’s five children. He was known as his family’s spokesperson and the unyielding supporter of his father’s legitimacy until his very last days.

According to Anadolu Agency, Morsi’s second son, Ahmed, reported that his brother Abdullah was driving his car when he suddenly had spasms. After his immediate hospitalisation, doctors at the Al Waha Hospital in Giza, south of Cairo, failed to restart his heart, and Allāh’s decree was faster.

After years of subjugation, Abdullah’s death will no doubt add another layer of pain to a family frequenting jails, graveyards, and court hearings. After his silent assassination through torture and medical neglect, the deposed President Mohammad Morsi died on the 17th of June 2019.

In reaction to the news, Moataz Matar, an Egyptian revolutionary journalist from the Al-Sharq television channel, said:

“The youngest of Morsi’s sons has died. May Allāh accept him amongst the righteous and firmly tie the heart of his mother, siblings, and loved ones. ‘Be patient, family of Morsi, the appointment is Paradise.’ And we say nothing except what pleases Allāh: ‘to Him we belong and to Him we shall return.’”[1]

Abdullah was renowned as his family’s ‘spokesperson’ and advocate of their just cause. His pen would always defiantly challenge the despotic regime, and he would never fail to represent his father, even during his time in secret detention. Abdullah wrote ‘The wonders we saw during our father’s Janazah’, published on Islam21c on the 25th of June, 2019, sourced from one of his several brave social media posts.[2] Abdullah said:

“My heart was buried the day you were buried, my father. By Allāh, my heart will not be cured, nor will my broken soul be mended, nor will my sadness depart until I join you on your path and way. I no longer desire this life.”[3]

Abdullah often frequented Egypt’s jails since his father was illegally overthrown and then detained under the all-too-common sham accusations of the coup’s critics. Abdullah had even been accused and later acquitted of drug abuse, a case involving allegations that legal observers said were fabricated.

As an outspoken critic of the Egyptian regime, Abdullah had been imprisoned on several occasions in the past few years. In 2014, Abdullah was sentenced to one year in jail, before being released in 2015. He was then arrested again in 2018, this time for ironically ‘spreading false news and statements’. Later in 2018, he was arrested for a number of accusations, including ‘being a member of a terrorist organisation and inciting towards violence’, in reference to the Muslim Brotherhood.

Amongst President Morsi’s sons, Abdullah became the most vocal critic of Egypt’s illegal authorities after the arrest of his eldest brother, Osama Morsi. Abdullah would irrevocably refuse to recognise the legitimacy of the coup regime by defiantly affirming the presidential legitimacy of his father, raḥimahu Allāhu.

In response to the news, Abdullah al-Mullah, a prominent Qatari political activist and business man, tweeted:

“Just two months ago he was supplicating to be gathered with his father in Jannah and on his path. And today Allāh takes him. We ask Allāh to answer his supplication and to gather him with his father in the Highest Firdous, with the prophets, truthful ones, martyrs, and the righteous.”[4]

A pained but patient family

After the 2011-2012 Egyptian parliamentary and presidential elections, millions of Egyptians anticipated that their nation would embark on a new democratic journey of recovery, reform, and freedom from decades of absolutism. However, their expectations were almost immediately trumped by Egypt’s military deep-state augmented by its neighbouring petrol-rich monarchies.

Morsi’s family, in particular, went from one trial to the next. President Morsi’s enduring and patient wife, Najlaa Mahmoud, had rejected the title of ‘First Lady’, instead preferring to be called ‘First Servant’ or ‘Umm Ahmed’. Her patience and perseverance were evident through her actions and those of her children. In early August 2019, Abdullah Morsi tweeted about his mother:

“She taught me and brought me up upon certainty that this world is a place of fatigue and tribulation for the sake of the hereafter, the home of reward, eternity, and bliss. May Allāh be pleased with you, please you, strengthen you, and preserve you, mother. May He bless your life and your health and never allow us to see any evil touch you.” [5]

Najlaa Mahmoud and her five children would become the target of much of Egypt’s defamatory media machine. Mahmoud, her four sons, and her daughter would later be banned from visiting Morsi. During his six-year-long torturous detention, his family saw him only twice. The first time was during his detention in Turra Prison in 2017, and the second in September 2018, not knowing then that it would be their last visit.

In reaction to the news, Ahmed al-Baqry, the ex-Vice President of the Student Union of Egypt, said:

“May Allāh strengthen your heart, dear mother. You lost your husband and youngest son in less than three months. Your eldest has been detained for three years … your family have endured what most cannot.”[6]

Abdullah and his father have now passed whilst Osama, the eldest of President Morsi’s sons, has remained trapped in Egypt’s cells since December 2016. It is not expected that he will be allowed to bid farewell to, nor pray the Janāzah over, his deceased brother, just as he was prevented from seeing his father for the entirety of his time in jail.

With the passing of Abdullah, many are expecting the voice of Morsi’s family to be completely silenced. With the passing of their spokesperson, the formidable family moves into a new phase of tribulation, one with dependence on Allāh and patience awaiting His promise. Either a near victory they are bound to see, or if not, in shā Allāh, an everlasting abode in the presence of Allāh.

“Or do you think that you will enter Paradise while such [trial] has not yet come to you as came to those who passed on before you? They were touched by poverty and hardship and were shaken until [even their] messenger and those who believed with him said, “When is the help of Allāh?” Unquestionably, the help of Allāh is near.”[7]

This piece is mainly a translation of an article by Ameen Habla – first published on Al Jazeera Arabic on the 5th of September 2019 with some additions and rewording. [8]