And then they came for our Parents 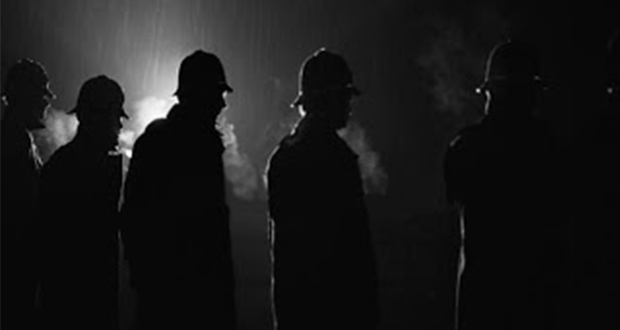 Fahad Ansari dissects the latest Prevent-led initiative which is being pushed through a well-known YouTuber. The video reduces legitimate grievances with Western foreign policy and foreign intervention to “hate” and condemns all forms of violence as unlawful without considering the legitimate right of resistance and self-defence when faced with violent oppression.

In its latest effort at social engineering, a British government has employed a Muslim comedian of “Diary of a Badman” notoriety,[1] to star in a short video,[2] the stated purpose of which is to dissuade young British Muslims from becoming involved in terrorism. The plot of the Prevent-funded production with the rather ironic title, ‘Think for Yourself’, revolves around the character’s efforts to rescue his more religious cousin from the clutches of a gang of Muslim extremists. Although credit should be given to Prevent for finally dropping the older generation of imams and community leaders that they had wheeled out for over a decade in favour of a personality that is more in touch with Muslim youth,[3] the film is likely to be received with much cynicism for two main reasons.

Firstly, the very fact that it is a Prevent project significantly undermines any message it is attempting to disseminate.[4] Instead, it will be viewed as the latest attempt to set out the Islām that is acceptable without mentioning its political component and the parameters of jihād.[5] This is evident in parts of the video where genuine grievances felt by British Muslims over Western policies and military intervention are simply reduced to ‘HATE’ that must inevitably lead to terrorism. While Western foreign policy is undoubtedly the primary and root cause of al-Qaeda related terrorism,[6] it is instead equated alongside other oversimplified HATE factors such as ‘Western governments’, ‘infidels’, ‘disbelievers’ and ‘Islamophobes’, in an attempt to erode the actual role it plays in terrorism. A simplistic approach which does not even begin to engage with the basis of grievances real or imagined is doomed to failure.

Moreover, there is a conflation of criticism of Western military intervention as extremism. This would make Russell Brand and the anti-war movement in the same category as the extremists who need to be shunned.[7] [8] In the film, the hero condemns all forms of violence as not from Islam, with no distinction at all being drawn between jihād and terrorism. If there was a meaningful analysis of what is acceptable, if anything, in the way of self-defence (see below) rather than a denunciation of all resistance, the film would resonate more with its target audience.

And this is the second reason. The actions of counter terrorism police and the politicised nature of terrorism prosecutions in Britain, as documented by research studies, have exposed the fallacy of the government narrative that they are acting to protect the British public. On the same day that the video was released, a number of pre-dawn raids took place in Portsmouth and Greenwich with six people being arrested,[9] five of whom were members of the same family. Among those taken into custody was the sister, two brothers and parents of Ifthekar Jaman,[10] a British Muslim killed fighting in Syria against pro-Assad forces in December last year. Jaman’s parents are accused of failing to disclose information about acts of terrorism, related to overseas conflicts, essentially Syria.[11]

Herein lies the problem. The government narrative, propped up by videos such as this, is that any form of violence motivated by Islām constitutes terrorism to be equated with beheadings, 9/11, 7/7 and other such attacks. As Muslims, while we condemn the targeting of civilians, we fundamentally believe that everyone has the right to defend themselves against oppression and that it is incumbent on all believers to come to the aid of the oppressed, using violence if necessary to deter the aggression. It is not an alien concept and can be found in every political ideology and form of governance throughout the ages. The concept is enshrined in both domestic and international law of all western nations,[12] [13] [14] [15] not to mention the United Nations Charter.[16] Moreover, it is an innate and natural reaction to aggression within every human being and not just those who believe in Islām. Ifthekar Jaman by all accounts travelled to Syria with such intentions and died fighting against tyranny, for which he believed, God willing, he would be accepted as a martyr. His family and his parents’ crimes, one assumes given the lack of any evidence thus far, was not to view him as a terrorist. For if they did perceive his behaviour to be criminal and a threat to the public, they would have been both legally, and more importantly, morally obliged to report him to the police. But due to the conflation of terrorism with support for some resistance movements overseas as jihād, the law perceives both him and those who are aware of his actions and fail to disclose them, to be terrorists.

The very mothers who the police and Home Office have been targeting through the use of soft power via projects like FAST (Families Against Stress and Trauma) are now being criminalised if they fail to disclose information however remote. When DAC Helen Ball from New Scotland Yard’s counter-terrorism unit launched a campaign in April this year to encourage Muslim women to report their sons or husbands if they suspected they were travelling to Syria,[17] [18] [19] [20] she claimed that it was not about criminalising people but preventing tragedies. The alleged heavy handed pre-dawn raid on Jaman’s parents’ home and their subsequent arrest and detention for failing to disclose (despite the police admission that there is no immediate threat to the public) underlines the case that the authorities actually care little for these families.[21] The messages being sent out by such operations drown out the comedian’s attempts to fight ‘extremism’. For Muslim mothers, it is to either report your sons or risk arrest yourself. For potential foreign fighters, it is that your mother, your father, your wife, and your sister will all be criminalised and targeted as a result of your actions.

The mistreatment of Jaman’s parents is likely to be as damaging to community relations with the police and set back counter-terrorism efforts as the brutal assault on Babar Ahmad in 2003,[22] the shooting of Mohammed Abdul Kahar in Forest Gate in 2006,[23] the entrapment of Munir Farooqi by undercover officers posing as Muslims for two years in 2009,[24] the prosecution of Ahmed Faraz for selling books in 2011,[25] and this year’s prosecution of ex-Guantanamo detainee and civil rights activist Moazzam Begg.[26] Let us not forget the hundreds of thousands of Muslims who feel criminalised on a daily basis at airports and ferry ports under Schedule 7 of the Terrorism Act 2000.[27] [28] No amount of Prevent funding and outreach programmes with youth culture icons are going to undo the damage caused by the perception of everyday policing that is criminalising Muslims for practicing their religion. All it will do is taint those who associate with Prevent.[29] [30]

In the video, the main character reprimands his cousin about associating with ‘extremists’ warning, “You can go and meet them and then do something stupid and then ruin your life”. How I wish that someone had provided him with that advice before he sat with Prevent.