Are these the Jewels of Democracy? 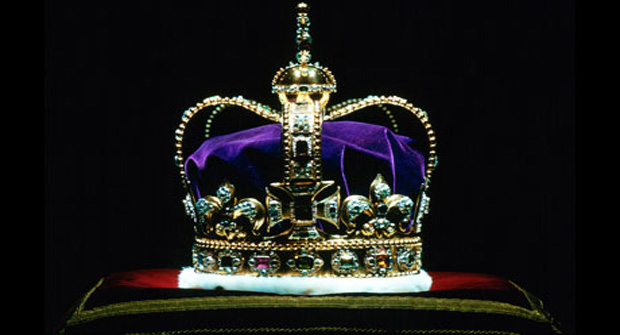 The coming few months are likely to bring with them the prospect of celebrations in a number of countries around the world. The occasion? The publication of yet another book that will (and perhaps is intended to) deeply offend Muslims showing them two fingers – yet again. Muslims are, of course, getting used to being the punching bag – the type you see at seaside funfairs where the harder you hit, the higher you score. Rushdie got knighted; Taslima Nasreen won plaudits and no less than 20 international awards for lampooning Islam and its revered Prophet; Ayaan Hirsie, a rather angry and obtuse individual forced to leave the Dutch parliament for lying, also won herself a roll-call of honours and a handsomely paid job at an American neoconservative think-tank. Who wouldn’t want to take a swipe at the Muslims?

Now the hitherto unknown Sherry Jones has much popularity and royalty income to look forward to. Her inane book, the Jewel of Medina, described by some as soft porn and a “very ugly, stupid piece of work“[1], and purportedly centred around the character of Aisha and her marriage to the noble Prophet peace be upon him, is to printed in some fifteen countries. In the UK, the book is currently not going to be published “amid fears of a violent reaction“[2]. That is like someone saying, “unfortunately I couldn’t swear at his mother out of fear of a black eye!” Plans for the book’s publication in the US had been shelved by the publisher Random House in August, a decision that had something to do with the prudent counsel of an academic and historian, Denise Spellberg, who objected to the publication of the book, describing it as fallacious in her response in the Wall Street Journal to a certain Asra Nomani[3].

However historically inaccurate the book may be and whatever its consequences are in terms of anger and upset it might cause to the Muslims, it will be printed in the name of Western faith. After all, the West and its citizens take pride in their belief of democracy and free speech. We are all, in fact, expected to believe in it and uphold its values; to love and abide by it. Even several Muslim organisations pride themselves on how democratic they are. To criticise Western democracy and free speech is blasphemous, and all – including offensive writings, cartoons and illegal wars – are justified in its name. The heathen disbelievers who have not yet embraced this so blessed Western ideology must be shown the way, by force if needed, as the people of Iraq and Afghanistan will have us know.

These are the democracies that outlaw holocaust denial (or even a debate around it) for offending the memory of the 6 million dead Jews on the argument that this may be a possible nidus for the growth of anti-Semitism. Yet they defend, in the name of freedom of speech, the offence caused to over a billion Muslims without a thought being given either to the resulting growth of Islamophobia and anti-Muslim violence or to the reality that the very publication of such books and the scheming that precedes it is itself a manifestation of a rather ugly anti-Muslim bias. Muslims, it seems, do not deserve the right not to be offended. These are the democracies that lambasted the Taliban for not allowing girls to go to school (as if any were left standing after two decades of war) while preventing hijab-wearing Muslim girls from going to schools in their own countries. These are the democracies that gave us Guantanamo bay, Abu Ghuraib, Camp Breadbasket and internment without trial. Even if Muslims do want to make a democratic choice, and get the rare chance to exercise it, their choice never seems to be quite good enough, be it FIS in Algeria, Hamas in Palestine or Ahmedinejad in Iran.

And it seems freedom of speech only works one way. If a Muslim were to ever express a thought that a sector of society felt offended by, s/he would face the prospect of a full-on non-restricted tabloid assault and be banned to enter the UK, as is the case with Yusuf Al-Qaradawi. On the other hand, feel free to justify the killing of Muslims (as in the case of Israel’s Barak) calling Palestinians cockroaches, ants or beasts, and you get an all-smiles photo shoot with the PM and a nice cup of English (Earl Grey of course) tea at No. 10. And why stop there – you can go further and not just incite violence by some empty rhetoric, but instead go ahead and organise the actual slaughter of a couple hundred Muslims – as Sharon did in Sabra and Shatila in Lebanon – and be feted at Downing Street with an “intimate meeting between friends“.[4]

But freedom of speech is good for you, and you will live with it whether you like it or not, and you will take it where it hurts. You will have your arm twisted and your nose thrust in the dirt, and don’t you dare dislike it or even disagree. One can be certain that any Muslim worth the name would rather be physically manhandled than put up with insult or disrespect directed at the noble Prophet Muhammad. It is a pity that the West does not understand Muslims and how offensive Muslims find these tasteless writings and so-called expressions of freedom of speech. Or perhaps it does. The West and its media do seem to derive this perverse sadistic pleasure by offending Muslims in the most contemptible of ways, and showering with awards and honours anyone who steps forward to do just that. And, as alluded to by Spellberg, not much has changed in this regard since medieval Christian writings.

But we as Muslims are once again to be put to the test. If Muslim’s do take issue with the incessant derision of Islam, we are quickly reminded of how grateful we should be for our ounce of freedom and how bad things are ‘back home’. In today’s low grade inquisition that is played out in the media on a daily basis, we are expected to come clean. React to the Jewel of Medina or condemn it and be damned for not believing in the freedom of expression. Once again it is demanded of us that we show to believe in, and uphold, the Western version of democracy, liberty and freedom of speech, yet seemingly, we do not have a choice.