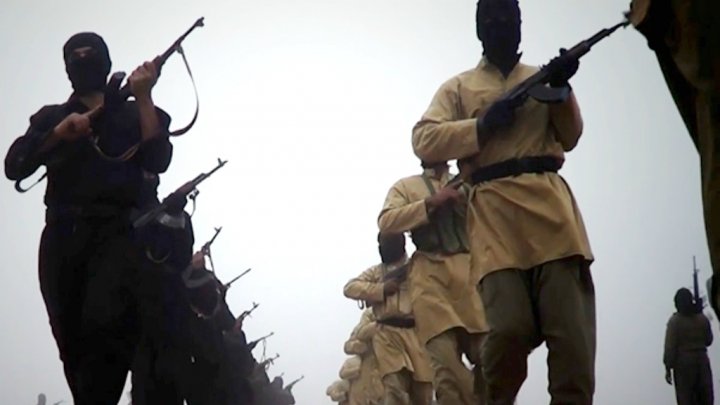 In the name of Allāh, most Beneficent, Most Merciful

“Allāh does not like that the evil should be uttered in public except by him who has been wronged. And Allāh is ever All-Hearer, All-Knower.” [1]

All praise is due to Allāh, the one who has sent down the Book (the Qur’ān) in truth and the Balance (i.e. to act justly), so that mankind may maintain justice. May peace and salutations be upon our leader Muḥammad, who brought glad tidings and warnings to mankind. He is the teacher of good and the caller to the way of Allāh with wisdom and beautiful manner, as for what follows…

Allāh the Most High has favoured the people of al-Shām to carry out Jihād in his sake against an evil and despicable regime. Despite what this entails of pain and sacrifice, considering the stubborn ruthlessness of this enemy and the betrayal of those close and those further away, Allāh has made the fighters steadfast, supporting them with his victory in ways they did not anticipate.

The most distinctive aspect in the Jihād in Syria is its purity and full dedication to Allāh the most high, without deviating from its objective or its strategy, in spite of modest military resource and financial income. With the passing of time, certain groups have emerged who do not give general allegiance to the populace of fighters and swear allegiance to their own agenda. We had therefore released a statement surrounding the rebel group ‘the Islamic State of Iraq and the Levant’ and the allegiance of al-Nusra front (to groups external to Syria), attempting through this statement to stop a great tribulation (Fitnah) from occurring. In that statement we paid special attention to the danger of the actions of these groups on the ranks of the rebels and on the Jihād, the greatest of which is potential hostility arising between the Mujahideen and the danger in seeking external intervention against the Mujahideen in particular and the Syrian populace in general.

As a matter of fact, Syria’s situation has worsened and the great tribulation that has occurred is that certain factions have given allegiance to themselves as ‘the State’, harassing Mujahideen from other brigades and aggressing against them. We consequently released a second statement addressing these factions by means of anonymity, to maintain leniency in language and tone and fearing the repercussions of internal division and conflict. This was in response to those who insisted we concentrate efforts on our joint enemy and in sanctity of Muslim blood. Many individuals intermediated to achieve reconciliation between the rebel groups, but this only increased those fanaticised groups in their aggression and enmity.

It has thus become incumbent upon us through the covenant that Allāh took upon us: “and remember) when Allāh took a covenant from those who were given the Scripture to make it known and clear to mankind, and not to hide it”[2]  that we be forthright in what we say to protect the Jihād, to advise the people, wanting good for those who oppose us and in our anxiety over them: “…so that those who were to be destroyed might be destroyed after a clear evidence, and those who were to live might live after a clear evidence….”[3]

The group called ‘the Islamic State of Iraq and the Levant’ (ISIL) have added to the Syrian community a number of evils and tribulations, most notably by:

1) Intruding into the Syrian nation by calling themselves ‘the State’ without any real existence of components that make it a legitimate or actual state and without consulting the Scholars and those recognised leaders with executive authority.

2) Claiming that they exclusively follow the correct methodology (Manhaj) and their disparagement of all those who oppose them.

4) Accusing those who oppose them of treason and disloyalty to Jihād, even if the latter is someone who has preceded them in Jihād and surpasses them with knowledge.

5) Refusing to refer their conflicts or disagreements to legitimate courts, except to those that are under their control and in conformance to their viewpoint.

6) Occupying other fighters from fighting the regime to battles against ISIL’s desire for allegiance and to expand their ‘state’, in addition to ISIL’s continued attempts to seize economic and military supply routes from the Mujahideen.

9) Creating differences and transferring them to military fronts, causing discord and splitting.

Therefore, in applying our Lord’s instruction of clarifying the truth and in an attempt to protect the Jihād in Syria from becoming like that in other countries, the association maintains that:

A) The leaders of ISIL to return to the truth, to listen to the sincere advisors and to correct these irregularities and errors. It is impermissible for its followers to remain in this group so long as these errors persist.

B) ISIL carries the full responsibility of the violations and crimes that have occurred as a result of its aggression and enmity. We also hold ISIL responsible for the repercussions of what other rebel groups resort to in self-defence and in defence of possessions: “And indeed whosoever takes revenge after he has suffered wrong, for such there is no way (of blame) against them. The way (of blame) is only against those who oppress men and rebel in the earth without justification…”

C) All of those around the world who are heard by ISIL should speak the truth unequivocally. After what has occurred, it is not befitting for them to remain silent fearing a tribulation (Fitnah), because the Fitnah occurred in silence.

D) Those who support the Jihād in Syria should fear Allāh and be careful where their financial contribution and that of the Muslims end up, so that their contributions do not result in the spillage of blood and in the destruction of those fighting against the regime.

E) Those factions that have been assaulted or harassed by ISIL should practice self-restraint to the best of their ability and try their best to reconcile and settle any dispute.

F) The remaining sincere individual brigades and small factions should continue to unite with the larger factions as this will be to the detriment of the regime and will better protect the strength of the Mujahideen.

Sincere Mujahideen: Rewards accompany adversities and in tribulations the hearts are differentiated and ranks are purified. “Allāh will not leave the believers in the state in which you are now, until He distinguishes the wicked from the good…” Have patience and be more patient than your enemy, guard your territory “and you will be superior (in victory) if you are indeed (true) believers.” “Allāh is with you and He will never decrease the reward of your good deeds.”

Allāh has full power and control over His Affairs all praise is due to him alone.