Bangladesh on the Brink! 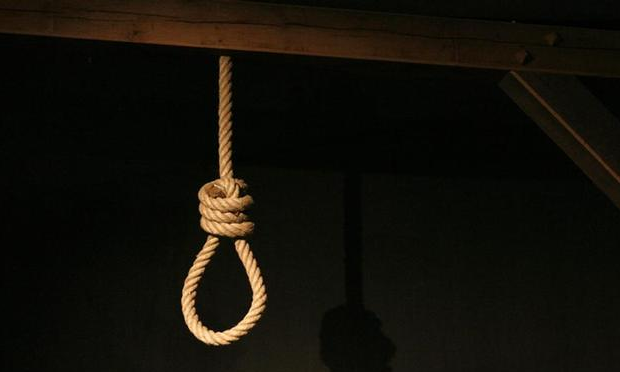 All praise is for Allāh who has sent His Messenger with knowledge and guidance and the true religion so that it may be dominant over all others.

And never think of those who have been killed in the cause of Allāh as dead. Rather, they are alive with their Lord, receiving provision, Rejoicing in what Allāh has bestowed upon them of His bounty, and they receive good tidings about those [to be martyred] after them who have not yet joined them – that there will be no fear concerning them, nor will they grieve. They receive good tidings of favour from Allāh and bounty and [of the fact] that Allāh does not allow the reward of believers to be lost – (Ali –Imran:169-171)

The secular Awami League (AL) government of Bangladesh has finally got the blood it has been craving. This murderous regime led by a deranged woman is hell bent on destroying the country. If they cannot remain in power they will do whatever necessary to bring the country to the edge of a precipice.

The execution of Abdul Qadir Mullah (may Allāh have mercy on him) on Thursday 12 December at 10.01pm local time was the culmination of an Awami League witch hunt against Islamic leaders.  The death sentence was handed down based on retroactively amended legislation, which according to Human Rights Watch violates international fair trial standards’.[1] This comes as no surprise to observers following the sham trial. Toby Cadman, an international criminal law specialist, points out, “The current Awami League Government has ridden roughshod over every respected legal opinion, and callously manipulated the emotional scars of the past for its own ends”.[2]

Cadman explains the extraordinary interference of the executive with the judiciary in this case.

“Originally, Abdul Qadir Mullah was convicted and sentenced to life imprisonment. This was before the Prime Minister rushed through an amended law that would allow the Prosecution to appeal against an inadequate sentence and seek the death penalty. Simply put, the government interfered with a judicial process to ensure Mullah could be executed. Meanwhile, Sheikh Hasina promised in parliament that she would make direct representations to the judges to make sure they fully understood their new responsibilities.”[3]

HRW highlights a startling fact, “The International Covenant on Civil and Political Rights (ICCPR), to which Bangladesh is a state party, prohibits the retroactive application of criminal law that has a negative effect on the defence.[4]

Legal experts and human rights organisations have categorically condemned the death sentence against Abdul Qadir Mullah arguing his execution follows an unfair trial and denial of a full and impartial appeal of his conviction.

David Bergman, a western journalist based in Bangladesh and a close observer of the trials sums up the case against Mullah, “So in summary: the sole basis of Mullah’s death sentence is the uncorroborated testimony of a single witness who said (having suffered a mental breakdown, and whilst wearing a hijab) that the accused was present at a crime scene, in recollection of events 43 years previously when she was 12 or 13 years of age, and where she had, up until (sic) that point, never mentioned his presence at the scene, and where her testimony was inconsistent with two other statements she had given (including one to an investigation officer).”[5]

Bergman gives another reason why the execution was highly objectionable. “The second reason is to due to  preventing Mullah from putting forward a proper defence. Mullah was restricted to only 5 witnesses, whilst the prosecution could bring as many as they wished – in fact they brought 12.”

Is there any criminal justice system in the world that accepts such a preposterous principle?  As Bergman notes not even normal Bangladesh law supports it.

Impartial observers have pointed out the International Crimes Tribunal (ICT) is a farce and a political witch hunt.  The tribunal fails to meet minimum local standards let alone international ones. Cadman could not have expressed it better when he said,

The sole purpose of the tribunal is to hunt down the opposition based on their ‘political or religious affiliation’. The process was manipulated to arrest opposition leaders. “Stories of the most appalling behaviour by judges and prosecutors emerged.”[8] Cadman concludes, “It is now very clear the Awami League government of Sheikh Hasina hijacked the process so it could destabilize its opponents under the guise of ‘justice’.”[9]

Perhaps, what is more chilling than the state murder of Abdul Qadir Mullah is its actual timing. One has to ask when the country is experiencing such levels of violence why any responsible government would pour more fuel on the fire. The execution was a cold political calculation. The result shows utter contempt for the sanctity of innocent life.

Bergman[10] has some interesting views on why the execution happened now:

– although there is no competitive election, the AL needs to enthuse its base, at least to make sure its supporters come out at the election. Molla’s execution would help with this

– the war crimes trials was an election commitment, and one that the party needs to show that it fulfilled. An execution, would be the perfect example of this

– the AL leaders must feel pure hatred for the Jamaat and the role that they have played in supporting the BNP’s siege (sic) and other opposition activities. The execution would be payback.

– who knows what will happen in the future, so best to get it done with

Some of the blood thirsty mob did in fact come out to celebrate.[11] Brad Adams, Asia director at Human Rights Watch said,

“Many observers believe that the government wants an execution so close to the election in order to score political points”.[12]

Warnings about the possible consequences of this state murder have come from different quarters. “The execution of… Mollah should never have happened,” said Abbas Faiz, Amnesty International’s Bangladesh researcher. “The country is on a razor’s edge… with pre-election tensions running high and almost non-stop street protests.”[13]

“War crimes verdicts have already led to major protests and violence this year. A hanging in such a controversial case in a volatile political atmosphere in the run-up to national elections will likely lead to large numbers of deaths, injuries and property damage,”.[14]

Toby Cadman, suggests due to the deteriorating security situation,” The intervention of the army is now an increasingly likely scenario”.[15] In another piece he remarks, “It would not be hyperbolic to say that the execution of Mollah could create an irreversible chasm between the Bangladeshi government and a significant portion of its people”.[16] But if the regime has succeeded in dividing the people, “It has also galvanized the political opposition in the face of a leadership that has proven itself incapable of wanting to govern for all Bangladeshis, but rather plough head on in its vicious attempt to hold onto power, come what may”.[17]

The country is already reeling from continuous protests with devastating effect on ordinary people.  Besides the social impact on the population Awami League is determined also to destroy the country’s fragile economy. Investors will be weary to do business with a country that is always on strike.

Abdul Quader Molla (may Allāh have mercy on him) was denied a fair trial and subsequently denied justice. But his death is not vain. His killers will not escape the judgment of the Most Just, al-Ḥakam Al-‘Adl.

These are reported to be his last words: