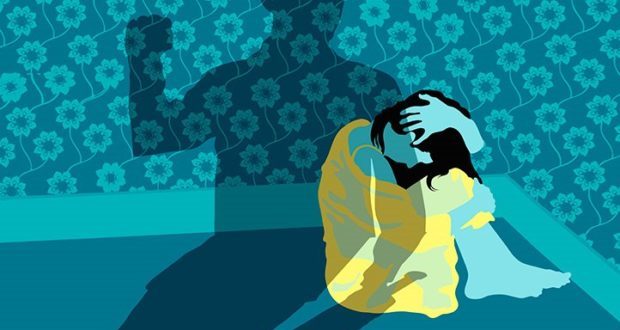 Battered Woman Syndrome describes particular behaviour which manifests after relentless abuse.  The abused begin to believe that they deserve the beating due to not living up to expectations.  There is an inability to place responsibility elsewhere.

These symptoms seem to be prevalent in parts of the Muslim community.

Muslim communities in the West have been the subject of what is now being referred to as structural “epistemic violence”[1]—the slow and steady dehumanisation of Muslims through counter-extremism programmes like PREVENT which seek to coerce changes in Muslim beliefs and behaviour.  After more than a decade of being subjected to this violent programme, it has clearly taken its toll.

On Saturday, Muslims held a “not in my name” unity rally,[2] and sought to distance themselves and Islām from the attack. A day after, Muslim women gathered on Westminster Bridge while some women told the media that “Islam totally condemns violence” and reassured us that they were “in support of democracy.”[3]

As a Muslim woman myself, though I do not question the sincerity of these efforts, nor criticise the impulse to share in the grievance, I feel anxious. This is because such behaviour contributes to an anti-Muslim atmosphere which makes me mainly the target Islamophobic violence.

You see, sections of the Muslim community behave as though they are all to blame when they aren’t and they know they aren’t, internalising the dynamic of perpetual condemnation and desires to issue statements of rejection. It is a behaviour which reinforces the treatment of Muslims as a “suspect community”; that there is a presumption that Muslims/Muslim organisations endorse, in some tacit, secretive way, senseless violence unless explicitly and publicly rebutted. This expectation is set by government officialdom within the framework of counter-extremism, where Muslim organisations seem to get brownie points or chastisement depending on whether they condemn a violent act.[4]

It is discrimination.  And it is constantly reinforced by Muslims themselves.

What really takes the cake, though, is the fact no motive of the primary suspect in the Westminster attacks have been confirmed. Mark Rowley, rather irresponsibly declared without a shred of evidence that it was “Islamist-related”.[5] The Defence Secretary Michael Fallon, mimicking the linguistic discrimination of US neocons in Donald Trump’s cabinet,[6] removed the ambiguity between “Islamism” and Islam and proclaimed that the “working assumption” was that the attack was “Islamic terrorism”.[7] The mainstream media largely followed suit escalating the demonisation of Muslims.  Indeed, it has been suggested that the motive may never be known,[8] whilst a connection to ISIS has been ruled out by the Metropolitan Police,[9] making the behaviour of some Muslims all the more embarrassing.

This has not stopped the government from taking advantage of the situation, however. With the information released that the perpetrator of the Westminster attack had used Whatsapp, the likes of the Quilliam Foundation were out to show how the messaging app had been used by “ISIS-inspired terrorists” as well.[10]  Home Secretary Amber Rudd, who formerly sat on the Political Council of the neoconservative Henry Jackson Society,[11] called for access to encrypted messaging services.[12]  Using democracy imbued with fear to defeat liberty, Number 10 has similarly followed suit. As Simon Jenkins aptly shows,[13] the government has form in exploiting public fears to further erode the privacy of citizens.

Creation of fear needs to be fed by the imagery of an enemy. And, no doubt empowered by Muslims inadvertently supporting the anti-Muslim script through their internalised blame, neoconservatives did not hesitate in using the moment to attack Muslim living spaces, thoughts, views and Islam by declaring yet more Islamic concepts as “extremist”.[14]

Muslims need to rehabilitate their collective conscious and consider whether their actions are contributing to the prevailing, state-level anti-Muslim clime.  Moreover, there needs to be vigilance in how incidents are exploited by those who wish to erode civil liberties off the back of Muslim dehumanisation.

The following quote by an academic about neoconservatives I came across recently neatly describes what we have been witnessing:[15]

“[The neocon] Irving Kristol came up with the solution that has become the cornerstone of neoconservative politics: use democracy to defeat liberty. Turn the people against their own liberty… if you can convince people that liberty undermines security, they will gladly renounce it.”