#STAND4UYGHURS
Home / Politics / Europe / Can you blame Muslims for wanting to segregate? 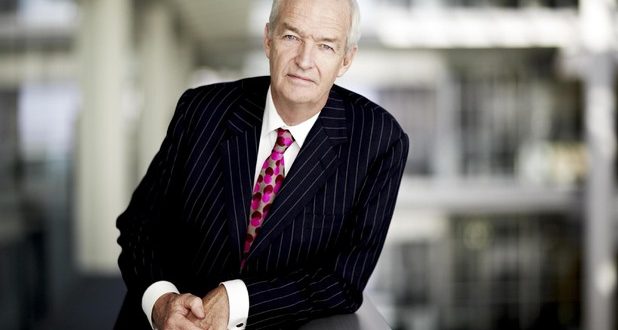 A recent statement by Channel 4’s Jon Snow sparked a large conversation in the media, where he revealed in an interview about meeting new female colleagues, “Sex comes into every evaluation of a woman, there’s no doubt about it.”[1]  This revelation makes it even more difficult to understand the disgust that he displayed only weeks ago over the provision of separate seating for men and women in university Islamic Society events.[2]  Hypocrisy aside, he has indeed highlighted why any real man—in touch with his natural disposition—would not want other men looking at his wife or close female relatives—regardless of his religion.

Can we say that the 66-year-old veteran news reader is obsessed with sex?  Is he an anomaly, or is it a reality that other men are, more or less, in the same boat?  On one newspaper’s website covering this story[3], the number one best rated comment—with 1064 likes as of writing this—read: “What is controversial about this. All men do this, probably most women too.”  The second highest rated comment with 620 likes equally reassures women, “It’s true girls. Get used to it,” with the same sentiment being expressed by countless others.

It should not surprise us, therefore, that in the Guidance sent down by the Creator of human beings, the most highly-regulated relationship and interaction of all is that between men and women.  Allāh the Almighty says, “Allāh does not intend to make difficulty for you, but He intends to purify you and complete His favour upon you that you may be grateful.”[4]  He also declares, “Does He who created not know, while He is the Subtle, the Acquainted?”  Despite being overwhelmingly coherent with prevalent wisdoms in Biology, Psychology, Sociology and common sense, however, this aspect of Islam is one of the most negatively portrayed and criticised, especially by Politicians with an anti-Islam agenda and those complicit within media—and as a result, unfortunately by many Muslims.

Evidence shows that Jon Snow’s statements do indeed reflect a reality that only certain brave, unpretentious people can disclose.  An interesting article was published in Scientific American in which “Researchers asked women and men “friends” what they really think—and got very different answers.”[6]  The article confirmed that “Although women seem to be genuine in their belief that opposite-sex friendships are platonic, men seem unable to turn off their desire for something more. And even though both genders agree overall that attraction between platonic friends is more negative than positive, males are less likely than females to hold this view.”

The matter is by no means, however, confined to the falsely-presumed harmlessness of Platonic love.  Last October, research commissioned by employment law specialists polled 1,579 people, finding the following shocking statistics on sexual harassment in the workplace[7]:

(I) 60% of females surveyed said they had experienced ‘inappropriate’ behaviour from a male colleague, 21% classing it as persistent;

(II) More than a third of women surveyed said a senior male colleague had made inappropriate comments about their breasts, sex life, backside, or the clothes they were wearing;

(III) One in six women had been forced to fend off a colleague who tried to kiss her and 12% had a colleague place his hand on their behind;

(IV) Of the 24% of women who had a superior make a move on them, 5% then lost their job, and more than one in 10 said they had been turned down for a promotion;

(V) Almost 40% of men surveyed said they had been victims of sexual harassment.

Statistics highlighting the results of manmade gender interaction regulations in the academy are equally as repulsive, if not more so.  Earlier this week a brave individual spoke out against the increasing problem of “rape culture” at Britain’s top universities, mentioning boys boasting of a “70% success rate” at certain events where girls were too intoxicated to refuse to have sexual relations with them[8].  Unfortunately this does not come as much of a surprise when considering a 2006 study by The American Association of University Women noted that “62% of female college students report having been sexually harassed at their university, with 80% of the reported harassment being peer-to-peer”, and “51% of male college students admit to sexually harassing someone in college, with 22% admitting to harassing someone often or occasionally.”[9]

Scandalous statistics such as the above are becoming something we seem to be getting desensitised to, especially when it highlights some uncomfortable facts that we have to come to terms with in institutions in society where men and women frequently intermingle, irrespective of their educational, cultural and class backgrounds.  One blatantly obvious fact is that with statistics like these, no one should dare blame Muslim men and women for wanting to segregate themselves in public, keeping a practical working distance between the two sexes.  Far from holding back criticism, these facts should make any sincere and honest person—who lives in the real world—appreciate the “traditional” and orthodox Islamic viewpoint on the matter.

Some common fallacious arguments do unfortunately crop up when statistics like these are mentioned within this context.  Some may think that in citing these societal problems we are endorsing or condoning the sexual harassment of women by men.  Connected to this is the oft-flung accusation that when a woman is subjected to such harassment or abuse, then it is somehow her fault, or the man is absolved of responsibility.  The reason this is a major fallacy is because it is foolishly conflating two very different things: the moral blame for an action, and a credible obstacle to such an action.  To put it simply, just because we advocate genuine, tried and tested obstacles to indecency, sexual harassment and abuse, it does not follow—logically or morally—that in the absence of those obstacles the victim is to blame.  For example, the Metropolitan Police compiled a useful advice booklet called “Preventing Personal Theft[10].  I find it hard to imagine any sane person accusing this (and similar advice) of absolving thieves of blame.  Even if someone were to ignore this advice and as a result become a victim of theft, there is not a judge in the world that would not blame the thief.  It is unfortunate then that some people have double standards when it comes to advice and guidelines given by Islam.

Another unfair objection is the claim that if we assert that men and women have the propensity to think inappropriate thoughts of one another then it somehow means they are “obsessed about sex” or “animals.”  The reason why this is not the case is because according to most if not all wisdom traditions and value systems across the globe, the human being is comprised of an animalistic element (which contemporary neuroscience largely ascribes to the limbic system of the brain), preoccupied with basic Biological tasks of food, drink and sexual reproduction; and a ‘spiritual’ element which serves to filter out and inhibit inappropriate thoughts and behaviour (possibly represented by the frontal cortex of the brain).  A popular research study in 2003 was based on an unfortunate school teacher with a tumour in his frontal cortex, who experienced an apparent irresistible urge to rape women and girls, which was then cured immediately after the tumour was removed; and amazingly reappeared and disappeared as the tumour grew back and was again removed[11].  The point here is that gambling the safety and security of women and men on the unreliable and diverse self-control mechanisms of different people is far less sensible than having standard etiquettes and regulations that prevent such devastating harm in the first place.

What really amazes me, however, is the denial many people suffer when it comes to gender interactions in the 21st century.  Even more astonishing is the blind eye that countless Muslims turn towards the masses of cases in Islamic law and jurisprudence in regulating the relationship between men and women, in particular minimising ikhtilāt (intermingling) between sexes.  The Prophet (sallAllāhu ‘alayhi wasallam) said, “I am not leaving behind a more harmful trial for men than women.”[12]  He, (sallAllāhu ‘alayhi wasallam) also warned, “Beware of entering upon women.” The companions then asked: “O Messenger of Allāh, what about the in-law?” He replied: “The in-law is death.”[13]  The Prophet (sallAllāhu ‘alayhi wasallam) also said: “No man should be alone with a woman unless there is a mahram with her.”[14]

One thing that I cannot bear is the attempt of many Muslims involved in da’wah to trivialise the sensitivity of this relationship, causing them to run their activities like non-Muslims do.  It is sad to see so many ‘Islamic’ activities promoting a heedless and naïve relationship between brothers and sisters, with their expected unfortunate results.  I have countless stories of zina (fornication and adultery) that took place between Muslims working in Islamic and even da’wah organisations.  Many such cases were initiated through some seemingly innocent interactions through social media, chatting and even Skype meetings.  I have to deal with many cases of mutual attraction happening between married brothers and sisters working in the same place.  I do not want to paint a dark picture of da’wah and Muslims but it is imperative that we realise and acknowledge the mistakes and problems within our community.

It is very sad to know that many du’āt and famous Muslim speakers are aware of these problems and yet they do not have the courage and honesty to say anything about it.  In fact, to the contrary of what we expect from people in their position, they often promote sensationalised terms like “empowerment”, “leadership” and “scholarship” of women in contexts that do little more than deceive and exploit young sisters who are eager to find a space for themselves in da’wah.  Let us ponder over the Qur’ān and the Sunnah of the Prophet (sallAllāhu ‘alayhi wasallam) to see the real empowerment of women in Islam; a topic that I will touch on in a future articles, if Allāh wills.

The recent attacks Muslims received from some politicians and media outlets on the topic of separation between men and women could have been turned into an opportunity to highlight the resounding eminence of Islamic practices.  Yet, fear of being labelled, weakness of articulating ourselves and lack of engagement disabled us from a strategic response.  Let us learn from our mistakes and keep moving forward, always remembering that “Allāh has full power and control over His Affair, but most of the people know not.”[15]