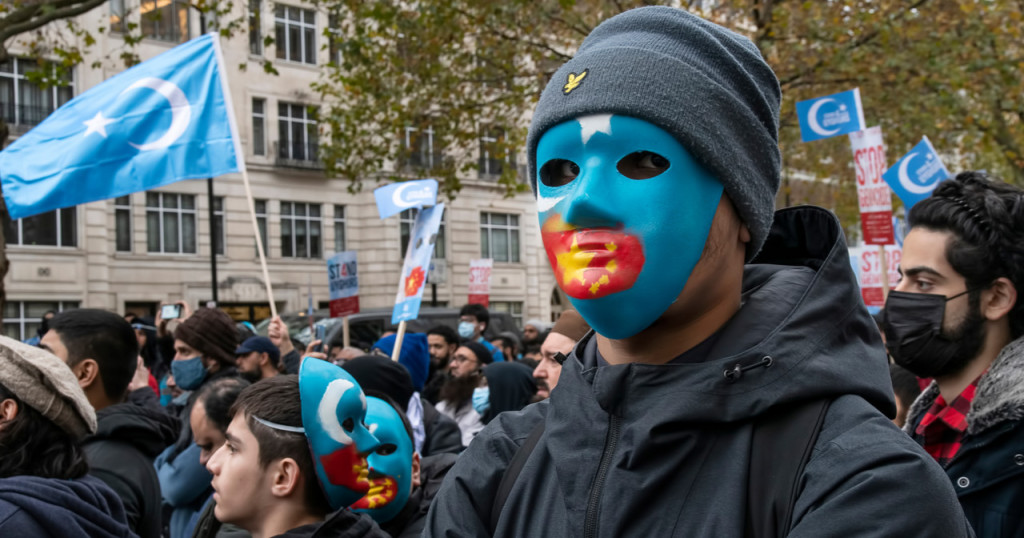 Earlier this month, the people’s Uyghur Tribunal concluded that the Chinese state is carrying out a genocide against Uyghur and other ethnic minority Muslims in East Turkistan (commonly referred to as Xinjiang Uyghur Autonomous Region in China).

There was much frightening evidence presented before the Tribunal, all of which highlights the most cruel and unfathomable methods of torture and inhumane treatment of Uyghurs. In light of all the documentary evidence and oral testimony provided, Sir Geoffrey Nice made the poignant and thought-provoking observation that the “evidence of gross human rights breaches at a minimum – reveals not just the suffering of victims but that thousands of individuals who planned the systems in operation, were trained – and trained others – to do all that was necessary to bring the systems into force”. [1]

As finely pointed out by the tribunal, it is important to analyse the methodological procedures employed by the Chinese state to administer its genocidal policies, as well as those who enacted those plans. The construction plans for ‘dark rooms’ free of closed-circuit television (CCTV) – so that they could be used for torture – would have been on the drawings of structural engineers and architects. Orders for torture equipment, tiger chairs, whips, and bolts were placed. Reports of a detainee being forced to use a bucket for a lavatory in view of others in a cell is evidence of someone watching a man or woman being humiliated on CCTV. Commands to kneel at the opening of a cell and sing a Chinese Communist Party (CCP) propaganda song, being abused in a cell, and women being gang raped in front of hundreds of guards are all matters which must have been planned and authorised by high-ranking figures.

“The comprehensive, invasive surveillance systems that penetrated every aspect of life, along with the birth control and abortion measures are evidence of those things being planned, manned, seen through.” Every form of torture and interrogation would have followed a chain of command and is ‘probably recorded in writing’. So what does this say about the thousands of guards, workers, engineers, architects, accountants, and many others who submitted to the commands of those in authority and enacted out the worst crimes against humanity? Do these individuals willingly carry out these acts, thinking that what they are doing is good for the People’s Republic of China (PRC)? Or are their acts merely a by-product of blind obedience, where one implements an authoritative figure’s commands despite being aware of their immoral nature?

The phenomenon of blind obedience takes us back to the 1960s, when the social psychologist Stanley Milgram (1963) conducted one of the most famous and influential studies of obedience. Milgram was interested in the conflict between obeying authority and personal conscience. Put in another way, he wanted to understand why and how supposedly ordinary people could be influenced into committing atrocities. His experiment was particularly influenced by the Nazi killings in World War II, as he wanted to investigate whether the obedience of Germans to their authority figure Hitler was a common explanation for their atrocities. His experiment revealed that people were willing to administer agonising and even fatal electric shocks to innocent victims (participants). This result was observed whenever they were ordered to do so by a superior who they believed to have legitimate authority. Milgram suggested that individuals enter either one of two states when they are in a social situation of obeying orders. The first is referred as ‘The Autonomous State’, where people themselves direct and take responsibility for their own actions. He labelled the second as ‘The Agentic State’, where people allow others to direct their actions and believe the person in authority is to bear the responsibility and consequences of those actions. [2]

Although the intent and perceptions of those who enacted the atrocities are not fully known, Nice observes that it is evident that the PRC created “an enormous force of individuals for whom the rights of others meant nothing measured against the demands of the state”. What is clear is that the policies to “break their lineage, break their roots, break their connections” as stated in a speech by the Chinese religious affairs official was orchestrated by the highest level of Chinese authority: the CCP and PRC.

Leaked Chinese government documents – also known as the ‘Xinjiang Papers’ – reveal the malicious intent of high government officials and the ‘coercive nature’ of their crackdown on Uyghurs. The documents included details about senior government officials ordering mass detentions, as well as speeches by President Xi Jinping declaring a “struggle against terrorism and separatism”, using “organs of dictatorship”, and showing “absolutely no mercy”. Other leaked documents revealed instructions to camp officials about how to “maintain total secrecy about the camps’ existence” and “methods of forced indoctrination”. They launched an elaborate ‘War on Terror’ propaganda campaign to justify their eradication of a Muslim minority population due to a ‘perceived security threat’. Additional aims aligned with their purpose to transform the region into a more “integrated part of China”, as stated by the tribunal.

It is this kind of authority that has created a workforce of thousands to enact crimes against humanity as well as torture in concentration camps. It is this very top-down system which has manifested such policies into ‘every level of regional, local, and community government over successive years’. One cannot help but think about the many other institutions where torture is strategically planned and authorised, such as Guantanamo Bay or the secret torture prisons in Syria.

What is it about authoritarian manipulation that can cause a person to suppress their morality and torture innocent people? The answer to this question goes beyond the scope of this article. Instead, the goal is to reflect on the realities that surround us, and encourage those who analyse human rights abuses to also study the prevailing institutions of oppression and persecution, which can create communities that are capable of conducting such heinous acts.

I end this article with a verse from the noble Qur’an, which beautifully encompasses the infinite and comprehensive knowledge of Allah, Glorified and Exalted is He. It is one that will send shivers down the spine of the believer, who reacts in awe upon reading the attributes of their Lord. He is the Creator of all creation, and the One Who knows even the silent whispers in the hearts of all mankind.

“With Him are the keys of the Unseen. No one knows them but He. He knows what is in the land and the sea. No leaf ever falls but that He knows about it, and there is no grain in the dark layers of the earth, or anything fresh or dry that is not recorded in a manifest book.” [3]