Delhi: A pogrom instigated and choreographed by the Modi government 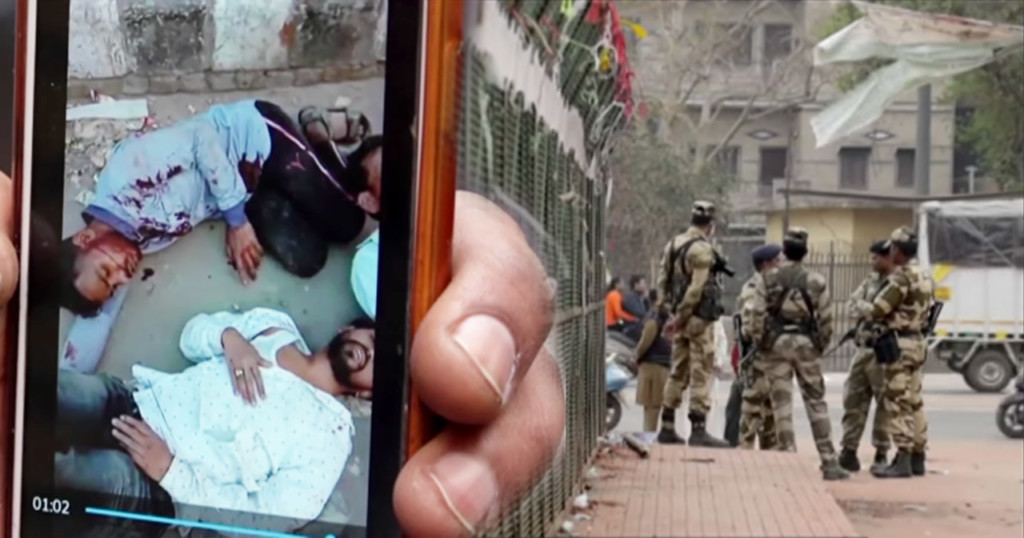 It is not simply ‘violence’. It is attempted genocide.

It was not Delhi that was burnt. It was Muslim property, mosques, copies of the holy Qur’ān, and our brothers and sisters in Islam that were burnt.

The events that unfolded were as follows.

Delhi, just like other cities in India, has seen many peaceful protests since the introduction of the right-wing Hindutva nationalist Modi government’s Citizenship Amendment Act late last year. The legislation explicitly and unambiguously discriminates against Muslims.

A local BJP politician, Kapil Mishra, incited Hindutva nationalists at a rally by stating that unless the police cleared the streets of protesters, he and his supporters would do it themselves.” As rallying cries go, this statement was not only accepted by bloodthirsty Modi goons, but also by a culpable Delhi police force whose very job was to prevent the actions that subsequently ensued.

These gangs of fascist thugs, both uniformed and non-uniformed, then systematically and ruthlessly carried out their instructions while chanting ’Jai Shri Ram’ (Glory to Lord Ram) and ‘Hinduon ka Hindustan’ (India for Hindus). Muslims were indiscriminately beaten with sticks and steel rods. Muslim homes, mosques, businesses, and properties were singled out and burnt or trashed in Hindu-majority areas such as Shiv Vihar, Chandbagh, and Gonda. Muslims were beaten, shot, burnt, and doused with acid to disfigure their faces. Women and children were not spared: they were sexually assaulted and beaten. All this happened over the course of a few days as the world looked on and as the leader of the ‘Free World’, Donald Trump, visited and lauded Modi as an exemplary leader.

In total, 40+ people have died thus far, and hundreds more have been injured. No one has apologised and no official inquiry has been established. It took 3 days and a High Court ruling to compel the police to allow ambulances to enter the affected areas to transport the injured to hospital. Even then, the Modi government did not spare the High Court judge, Justice Muralidhar, who presided over this ruling and his subsequent attempts to precipitate police action against Kapil Mishra. Justice Muralidhar was promptly removed from office that very evening.

There is only one beacon of light that shines brightly in this darkness of despair, which is not only a source of pride for the Mu’min, but also brings solace and comfort to our hearts. This beacon of light is Islām and the beautiful character of our Muslim brethren in Delhi. It has been verified by independent non-Muslim journalists and non-Muslim social media bloggers who have visited the affected areas that not a single temple, Hindu person, or Hindu property was targeted by the Muslims in areas where they were the majority.

A Hindu journalist, Susheel Manav, who despite having recited Hindu prayers to prove his faith, was only spared from certain death at the hands of his fellow compatriots in faith by dropping his pants and exposing his uncircumcised genitals. He recalled that he still feared for his life and urgently needed hospital treatment, and it was ultimately Muslims who helped escort him safely out of a Muslim-majority area and to a hospital.

It is the right of our Muslim brethren of Delhi that we think about them, expose the fate that has befallen them, and pray for their safety and future. We would undoubtedly expect the same if something similar happened to us.

May Allāh alleviate the sufferings of the Muslims of Delhi. May He deal with the tyrant Modi in the only way He sees fit. May He grant the highest abodes in Jannah to the martyrs of Delhi.