Former Taliban Captive to Baghdadi: ‘Release him and Take Me’ 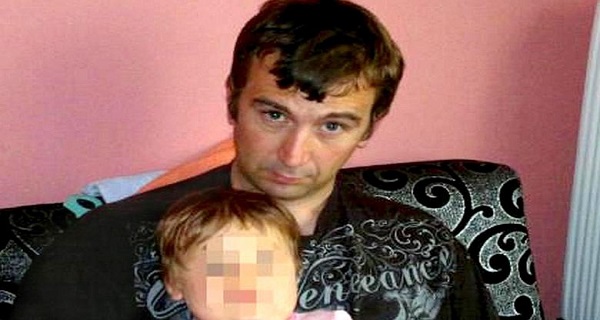 This week saw the anniversary of 9/11…an event which always resonates deeply not least of all because it is also a reminder of the time I was held captive by the Taliban in Afghanistan.

I was working for the Sunday Express newspaper when I was sent to Pakistan to cover the impending war in neighbouring Afghanistan in the wake of the atrocity; unable to wait for the start of the invasion I sneaked in to the country wearing the all-enveloping blue burqa.

After two days travelling in and around the Jalalabad district I was caught by members of what was described as the most evil, brutal regime in the world. However, compared to the Islamic State (ISIS), Mullah Mohammed Omar and his band of turban-wearing, bearded Taliban act like a bunch of choir boys.

Terrifying as it was, throughout my 10 days as a prisoner of the Taliban I was treated with courtesy and respect and, compared to the treatment subsequently meted out to those held in Guantanamo, Bagram and Abu Ghraib I have often reflected:

“Thank God I was captured by the most evil, brutal regime in the world and not by the Americans!”

Now it is ISIS putting captives into orange boiler suits and reportedly water-boarding them and carrying out abuse on detainees using methods outlined in the CIA’s own handbook of torture. The sheer terror and revulsion invoked by the executions which followed are beyond words.

Sadly it appears George W Bush’s ill conceived War on Terror has made the world a less safe place especially for ordinary British and American citizens who work overseas in the volatile Middle East as aid workers, medics and journalists.

You can be sure that ISIS would never have emerged in Iraq if Bush and British Prime Minister Tony Blair had only listened to the people that voted them in to power. The legacy of their “shock and awe” in Iraq can be seen quite clearly today for what it is … a war based on lies over WMD. The war went on to become a spectacular failure causing the deaths of many and the creation of more than one million widows and orphans.

And now Iraq has morphed into a playground of terror for the self-styled caliph, Abu Bakr al-Baghdadi, and his military council that formulates all the group’s strategic decisions. It was they who must have agreed to sanction the beheading of two American journalists and now a Scottish aid worker is the next one being lined up for execution.

The bloody deaths of James Foley and Stephen Sotloff, have enraged the world and given fuel to the Islamaphobes who try and demonise Islam as a violent, aggressive and barbaric religion. As I, and the majority of Muslims around the world know, this is not the case. Islam is a religion of peace and the behaviour of the Islamic State towards its enemies and its captives is at odds with what Islam teaches.

I know this to be the case because I studied the religion for two years after my own ordeal as a Taliban captive; subsequently I embraced Islam more than 10 years ago. Today I throw out a challenge to the Caliph and I am doing this on the basis of a verse in the Holy Qur’an from the chapter of an-Nisa, which roughly translated says:

My personal intervention is with Quranic words and if Bagdahdi is the wise Caliph he promotes himself to be then he will accept my offer and it is this … release David Haines, the Scotsman in your custody, and I will take his place.

Why would I make such an offer? Well I am a person who is known for my word, so it is not an empty gesture or one made lightly, nor on the spur of the moment. As I write this I am in South Africa from where I took part in the recent launch of Cage Africa, a chapter of the London-based NGO Cage UK which is an advocacy group spawned from Guantanamo where around 150 men are still being held today without charge or trial.

So why would I, a Muslim, offer to swap places with a father-of-two who is not of the same Faith? I hear you ask. I am doing this for many reasons. Firstly, as an aid worker we are told he did a great deal to help Muslims during the Bosnia war and has devoted much of his life to helping others without concern over their faith, culture or nationality. This is, indeed, the true spirit of Islam where help is given freely to those in need and now I want to return the same kindness and compassion he showed Muslims.

Secondly, I’ve spent the last two days pondering over the photograph of him and his young child; it reminded me so much of my young daughter Daisy when I was taken into captivity 13 years ago this month by the Taliban. She is 21 and embarking on her final year at Newcastle University, a fine young woman of whom I’m very proud. While we share the unconditional love between mother and daughter, she doesn’t really need me as much as the child in the photograph needs her father.

Although I moved to Scotland barely three years ago this aid worker was brought up in Perth, more than an hour’s drive from my home in the Borders creating an affinity between us although we’ve never met. Finally, I have campaigned for the release of prisoners regularly since I supported Cage in those early days when Guantanamo opened for business. May be in some way I can highlight the injustices victims of the War on Terror are facing by making this exchange.

In many ways there are parallels between David Haines and the Guantanamo detainees … all are being held without trial or charge for nothing more than being swept up in the War on Terror or a by-product of it.

This offer of exchange is being made in the true spirit of Islam, a face of Islam unfortunately obscured all too often by the atrocities being carried out in the name of ISIS.

I don’t consider myself a brave person nor do I want to be a martyr. I enjoy the life I live with my wonderful husband very much but there comes a time when we have to make a stand for our beliefs and this is mine.

The Prophet Muhammad once said that the duty of Muslims was to,

“Visit the sick, feed the hungry and arrange for the release of the captive.”[2]

I am told that every decision taken by Baghdadi is motivated by Quranic teachings so he should, as a person of knowledge, be well acquainted with the full meaning of Surah an-Nisa’s verse 85 I quoted earlier. It now remains to be seen if he is man enough to take up my offer and release the aid worker, a good person swept up in a conflict not of his making.

I eagerly await his response and beg him, in the meantime, to spare the life of David Haines and show the sort of wisdom and compassion the Taliban showed me.