I wear niqab and I’m as English as they come 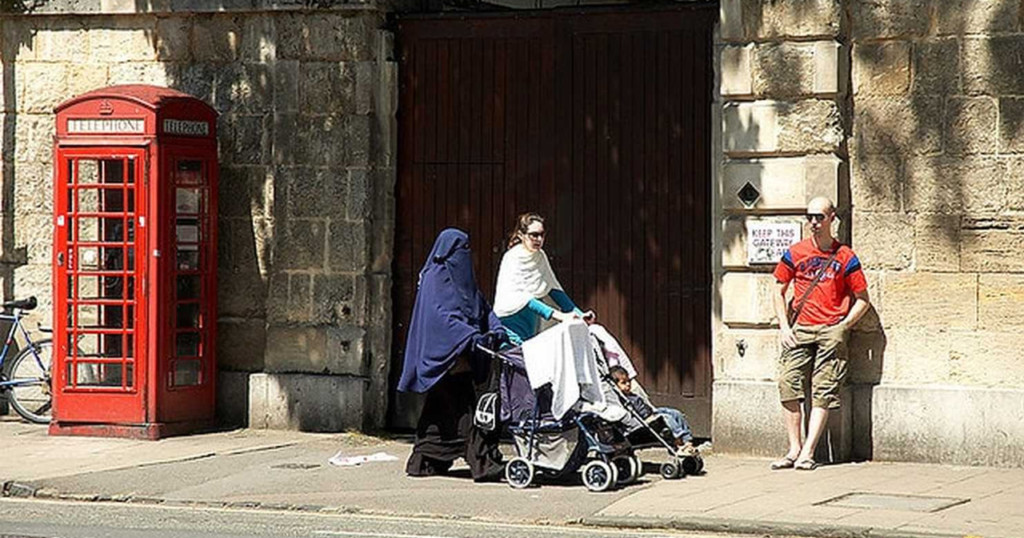 After seeing the recent insults made by Boris Johnson and the follow up comments of the far right, I would like to explain the niqāb from the viewpoint of an English Muslim woman.

Growing up I was never raised around any Muslims or anyone of another faith for that matter. I am from a small village where everyone was Christian – at least by name. I lived a life of ignorance and always felt the need to question why people would do things differently to what I was used to, we’re in England after all, right?

It wasn’t until I got to secondary school and more so into college that I got to know a lot of people from other cultures and religions. I found it so valuable to be able to learn more about the world rather than sticking to the little I previously knew.

When I first heard about Islām it was something which sounded so alien: women covering up, men being allowed multiple wives, it didn’t make much sense when viewed from the eyes of the western woman. This is because we place our values in line with what society deems acceptable and, in many ways, Islām seems not fit in, however that does not necessarily make it wrong.

After studying Islām properly (rather than just listening to the media) I found it made logical and practical sense. The Qur’ān was written as a guidance for mankind, although I did not accept it at first, I saw how it could benefit me in multiple ways. I started taking parts of the religion (for example not eating pork or drinking alcohol) as health benefits more than anything else.

After a few years of mixing with my group of friends from multiple different backgrounds (Atheists, Christians, Muslims, Hindus, Buddhists) and looking into all these religions in depth I decided to accept Islām. Before you ask, no it was nothing to do with a man I was dating or liked.

When changing my religion, covering up was never even something I saw myself doing because I thought it would not fit into Western society. After a while I felt like it was something I wanted to try and as soon as I did I knew I would never go back. It became a part of me, such that if I now went outside without my hijāb I genuinely feel completed naked. This is such a strange feeling coming from someone who used to be so comfortable going out in far less.

Wearing a hijāb made me feel so empowered. The men who used to stare at me as a sexual object would now look down as a symbol of respect. My body was no longer something they could just grab; it was something I had complete control over.

After developing my understanding of both the religion and myself I started to wear the niqāb. This was a frightening thing at first since the perception of so many in western society is extremely negative. By wearing a simple piece of fabric over your face you suddenly become “a bank robber” (according to Boris), a terrorist or some of the other more creative insults (ninja, batman, letter box, the list could go on). You feel fear because you know that most people do not understand why you are wearing it. They assume it is because your husband made you or you were somehow forced. But this could not be further from the truth. All the girls I know who wear the niqāb, including myself, have done so for their own personal love of it and the complete control over their body it gives them.

Unfortunately, instead of speaking to us, we are constantly told that we are “extremists” “terrorists” and “oppressed” when in reality the only people we feel are oppressing us are the ones who are telling us to take it off. It is like every time you leave the house you expect to see someone who is “offended” by you, even though you have done absolutely nothing to harm them. Or someone who doesn’t think it “fits into English culture” however in England there is no cultural dress sense, people wear whatever they want to wear and they always have done.

If I were to turn around and say, “I am offended by you wearing shorts” that does not mean you should have to change what you wear. Although, everyone is entitled to an opinion it does not mean that your opinion is more important than someone else’s right. The sad thing is that many individuals believe others should do whatever makes them more comfortable, not thinking that they make people like me extremely uncomfortable by trying to make me take it off.

There’s a common misunderstanding that in Britain the niqāb is only worn by immigrants who come over here and want to change England. This is not the case at all. Many of us who choose to wear the niqāb are British Muslims that partake within the everyday norms of British society, with just a few less people seeing our face.

If my own family who are all born and brought up English can accept that I am still the exact same English girl then why do strangers feel the need to dictate to me how I should live my life?

An English revert and mother to two children who spends her time nuturing her children and increasing her Islamic knowledge through various online platforms. Holly has a particular interest in business, investments and fitness.

An English revert and mother to two children who spends her time nuturing her children and increasing her Islamic knowledge through various online platforms. Holly has a particular interest in business, investments and fitness.