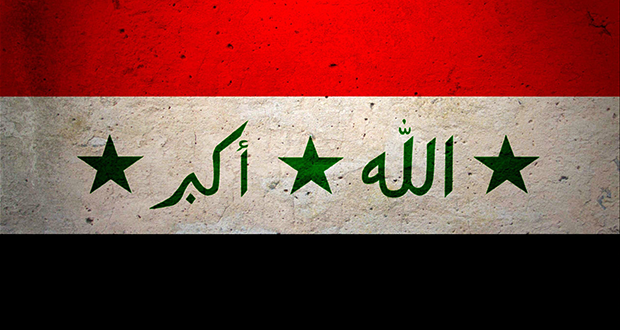 Below is a translation from almoslim.com [1] summarising some guidelines that the Association of Muslim Scholars of Iraq [2] have given to the rebels involved in liberating some northern areas of Iraq.  It is sad to see such a profound difference between the way recent events have been reported in the western media compared to those on the ground in Iraq.  Just as we saw in Lybia, Syria, Egypt and Tunisia, the despotic regimes on their way out always try and paint the average citizens that have been driven to the point of overthrowing their oppressors, as terrorists.

This game-plan has been exacerbated by the fact that known fanatic, heretical groups, such as ISIS (allegedly aided by Bashar al-Assad’s regime to aid it against the Syrian people [3]), have tried to hijack the revolution on the ground.  As a result, those with a taste for blood and warfare (or selling provocative headlines) have hastened to paint the initial revolution of the everyday Iraqi people from all backgrounds [4], into some kind of faux sectarian conflict between ISIS and Shi’ites.

These types of desperate propaganda tactics suggest that these despotic regimes and their friends in western media and political circles realise the importance of public opinion in the 21st century, where the internet has somewhat democratised news.  Therefore we hope that translating and spreading news from independent sources on the ground will throw a spanner in the gears of the unhinged warmongers [5] and those trying to undermine or squash the people’s resistance.

The Association of Muslim Scholars in Iraq has issued a number of important guidelines to the Iraqi rebels in the Northern provinces of Iraq, describing them as “heroes.” These guidelines seek to ensure the success of their revolution and to ensure its protection against the continual malicious scheme that is being plotted against them from early this year.

In the letter, the Association furthermore confirmed to the Iraqi rebels that a successful revolution will indeed infuriate the leaders of certain schemes that have caused Iraq to suffer over recent years and who will attempt to conspire against the revolution by any means necessary. Many media outlets have already shown huge complicity towards the propaganda campaign against revolution, distorting its image since the very beginning.

The letter highlighted that gaining popular support is of the most important steps required to ensure the success of the revolution, stating that it should emphasise to Iraqis that it started for their sake; to end their subjugation. Neighbouring towns should follow the example set by the liberated towns and understand that the people revolted against those they previously supported because of the mistakes carried out by the latter and due to the cunningness of the occupier.

It further stressed the need for the rebels to receive people with open arms, to address their individual concerns, to not be reactionary to the smallest of provocations, to not meddle with the people’s livelihood as much as possible and to avoid all matters that will reflect negatively on the revolution and on its receiving of support.

The association also called on the rebels to provide security and reassurance to the people of Nineveh and Salahuddin, two areas that have so far been liberated from the forces of the dogmatic regime. The rebels must be careful how they deal with minorities, ensuring that they do not interfere with their beliefs so that the whole world remembers that the Iraqis were and are still are people of civilisation, nourished and refined by Islam.

According to the statement, all the rebels should at this stage be completely selfless and not give the devil an opportunity to cause discord amongst themselves. It further pointed out that it is not the right of any single group take a strategic decision in isolation from the others. The rebels are now the custodians over 30 million Iraqis, not to mention the interests of the entire Ummah, much of which depends on the Iraqi situation. It is not permissible for the rebels to overlook the needs of whom they are responsible for or for them to take positions outside of the realm of Shūrā.

The Association of Muslims Scholars concluded that the stated objective, according to the rebels is to reach the city of Baghdad. This is their right since Baghdad is the stronghold from where the regime which is the source of injustice and crime rules the country. If this regime desists from its transgression, there remains no other option for the rebels. It must be noted that calls that encourage the revolutionaries to march onto Najaf and Karbala are completely rejected, unacceptable and totally irresponsible wherever these calls stem from. This will provoke many against the revolution and potentially transform it from an attempt to bring an end to oppression to an endless Fitnah between members of the same nation. All rhetoric that seeks to inflame civil conflict, such as that adopted by various countries for destructive interests should be avoided.

[2] The Association of Muslim Scholars of Iraq is the largest council of scholars that represent the Sunni Muslims of Iraq.

[3] According to allegations made by the Free Syrian Army