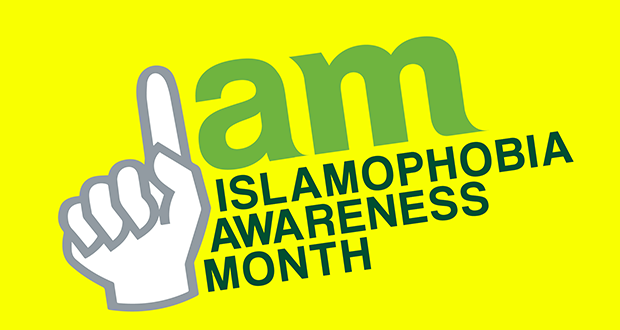 Has humanity, and more specifically, the equal, tolerant, humanitarian, and culturally-diverse Europe, already forgotten lessons learnt from a past vastly condemned? There is a foreshadowing attitude and disturbing reflection of practices to a particular global trauma which is emerging from the vile state of mind labelled ‘Islamophobia’.

European anti-Semitism ravaged the 19th century and the beginning of the 20th century. Jews were identified by and persecuted for their appearance (Semite features, female head coverings, etc.), customs (membership lists, local intelligence networks), faith (synagogues), and labels (passports stamped with a J, The Star of David graffiti on business places). The Holocaust did not happen overnight. Atrocities committed against Jews spanned many decades and were initially relatively small; hence easily ignored or scaled down by law enforcement.

Workplace and public discrimination, occasional hate-killings (easily perpetuated as isolated incidents), and continuous street abuse as well as marginalisation and media vilification were all too common. These ‘smaller’ incidents paved the way and escalated into one of the most horrific crimes recorded in recent world history.

If the aforementioned events were stepping stones for a major tragedy, and arguably another is in the making. The above deliberate and relatable patterns of action are already noticeable in Islamophobia:

– Professed Muslims are being identified by their appearance (ironically by use of Semite features once more, “Pakistani”, head coverings, etc.) thereby giving an outward appearance to a belief system with no racial prerequisite.

– Customs and faith are being classed as reason enough, and targeted- mosques have been attacked, membership lists ceased, terrorism laws used to infringe upon private information, unfair prosecution methods practiced (hidden trials), human rights set aside, and recruitment of spies within certain organisations.

– Though profiling measures have yet to be publicly put in place, there is a clear bias apparent in airports, security systems, and police work.

There is no marking of passports or a crescent moon on Muslim business places as such. However, FOX news suggested a few days ago that Islam is the enemy and as such all Muslims should be profiled, legally identified, then separated from society – exactly what the Nuremberg Laws, implemented in 1935 by Hitler, subjected Jews to. For a global-reaching media outlet with an average of more than two million viewers to be allowed such statements via airtime is preposterous.

– Workplace and public discrimination against Muslim women and men whereby they are dismissed for their beliefs upon exposure, denied career opportunities within a profession due to appearance, or generally faced with poor treatment is increasingly ordinary.

An American woman recently dressed in hijab for a week to discover these reactions: among being called a terrorist by a little girl, ignored by shop assistants, looked down upon, abused, and made to feel like a walking punching bag, her days were great.

– The main implications of frequent hate-killings including the recent murder of a Saudi Arabian woman in Colchester and the Afghan boy shot in Australia are ignored by mainstream media (“perpetuated as isolated incidents”). Beyond this, there are hundreds of other cases of extreme violence against Muslims (simply because they are Muslim) in the UK alone, thousands in Europe, and tens of thousands in the US.

– Arson, bombing, desecration, and vandalism of mosques, religious centers, schools, and Muslim homes have grown to thousands of reported incidents in any given year.

– Muslim women and men are spat at, screamed upon, beaten, and subjected to daily harassment in public. Instances of cyber-abuse are now completely normal.

It is important to emphasise that these incidents bring a reminiscent reflection of preliminary acts which directly led to the Holocaust. So I ask – how does this go on with silence from the global community, political representatives, and mass media? How have none of these issues been addressed on a proportionate scale?

In fact, far from silence, why are there many agendas which instead “fuel the flames” so to speak? Why is there an abundance of public interface that further aids this growing radical and baseless hatred? Europe, was making this mistake once before not enough?

The basis for Nazi antisemitism—prejudice against or hatred of Jewish people—was the Nazis’ distorted worldview of human history as racial struggle.

The Nazis falsely considered the Jews to be a race. They incorrectly believed Jews had a natural impulse, inherited through generations, to strive for world domination, and that this goal would not only prevent German dominance but would also enslave and destroy the German ‘race’.

An immediate similarity can be drawn between the rationale used by Nazis to manipulate an indiscriminate killing of Jews, and the current logic advocated by many growing British political groups (Britain First, EDL, BNP, UKIP) and US outlets (FOX news, CNN, and so on) to invoke and create further disparity against Muslims.

Both the Nazis and these groups invent a self-deluded global threat against their own identities (i.e. scaremongering), which is then utilised as momentum to declare an enemy (Muslims/ Jews). Thus, exterminating such an “enemy” becomes purportedly vital to preserve (the identity of) Britain, the US, or as was the case 80 years ago, Germany.

To realise that an agenda so alike to Nazism is being pursued again as a means to rally support for yet another abhorrent cause is extremely unsettling; from the false consideration of Islam as a “race”, to the allegations of considered world domination. “They are evil”, “violent”, “they will take over”, “get them before they get us”, and misquoted teachings may seem in the mind of the racially charged and radically hateful as innovative reasoning never before used.

To the contrary, these were the exact same propaganda campaigns created by Hitler, Goebbels, and many European leaders during and before the holocaust – these very excuses legitimised discrimination against Jews and eventually their wholesale murder. Effectively, Islamophobia has allowed few twisted conceited (as is common) individuals to manipulate the same pretext, reasoning, and manifest patriotic insecurity which were used against Jews a century ago, to repeat the very same persecutions.

In conclusion, we see an evident similarity of identification methods, discriminatory tactics, hate crimes, and underlying “logic” employed by Islamophobic groups, as was done by the much detested Nazis. We are witnessing the same mass grave being dug for six million corpses once more. Yet just like in the 19th century, the issue has received none of the opposition, efforts towards resolution, nor attention it deserves.

Even though “lessons from the holocaust” references are never scarce, and the guilt felt by Western tacit approval and willful ignorance remains loud and clear in almost every history book, no real political response has been made apparent towards the current, growing, identical crisis.

Every sign is there; is our history not enough of an indication?

Do we need another Holocaust?

This article was published as part of Islamophobia Awareness Month, which corresponds to November 2014.