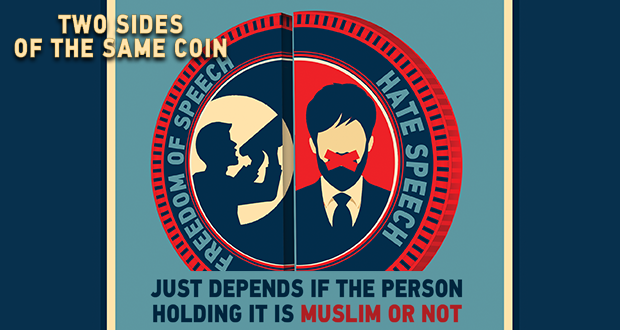 ACT NOW. Sign the petition to support Westminster Islamic Society. Some people from the LGBTI society want to ban Shaikh Dr Haitham al-Haddad from speaking at the University about the Prophet Muhammad (sallAllāhu ‘alayhi wasallam):

Another attempt has been made to stir up hatred and anti-Muslim sentiment recently by the usual mistranslation, misrepresentation and outright lies against a mainstream Islamic scholar, Shaikh Dr Haitham al-Haddad. Westminster student LGBTI society has launched a petition to prevent Shaikh Dr. Haitham speaking at an event this week on the life of the Prophet Muhammad (sallAllāhu ‘alayhi wasallam), which has received over 2,500 signatures. They have done so by clearly copying and pasting false and sensationalised accusations against the sheikh from well known Islamophobic websites and organisations such as Student Rights, that are themselves ironically banned from campuses for their hate-mongering and misrepresentation.

Credit must be given to the University of Westminster (Click here for the Islamic Society’s statement) and the National Union of Students, who have refused to campaign to limit the freedom of the Islamic Society to hold such an event, especially due to the spurious and ideologically charged accusations that form the basis of the LGBTI society’s petition.

However, we must ACT NOW to show our support by signing a new petition set up to show the University of Westminster that we are against the attempted criminalisation of articulating normative, mainstream Islamic beliefs, and the silencing of Muslim speakers based on such spurious accusations. The demonisation of the Shaikh has already begun on several news sites based on these spurious accusations, starting on fringe interest blogs but making their way into mainstream papers clearly due to an oversight in journalistic due diligence. Sites including The Independent, Guardian and the London Evening Standard have started to spread this misinformation, so it is time to act to prevent this turning into a bigger issue.

Read today’s article: How does the media fuel Islamophobia?

Press Release: Dr. Al Haddad responds to calls for him to be banned from University of Westminster

Dr. Al Haddad responds to calls for him to be banned from speaking at the University of Westminster. Earlier today he said:

“This is a completely misplaced campaign. The event has nothing to do with Islam’s position on homosexuality yet this is the focus of their complaint. There is a clear attempt being made to almost criminalise certain aspects of being a Muslim. In the religion of Islam it is clear-cut that homosexual acts are a sin and are unlawful in the Shariah. Trying to censor lawful speech does not change this fact.”

“I do not believe the views I hold are much different to those of orthodox Christian or Jewish religious leaders. I have only ever engaged in lawful speech and have never been prosecuted for hate speech or inciting hatred. I would remind those who initiated this campaign that this country is supposed to be based on freedom of religious belief and expression. I am a strong believer in dialogue, regrettably the LGBTI society wants to shut it down.”