Our Trip To The Jungle 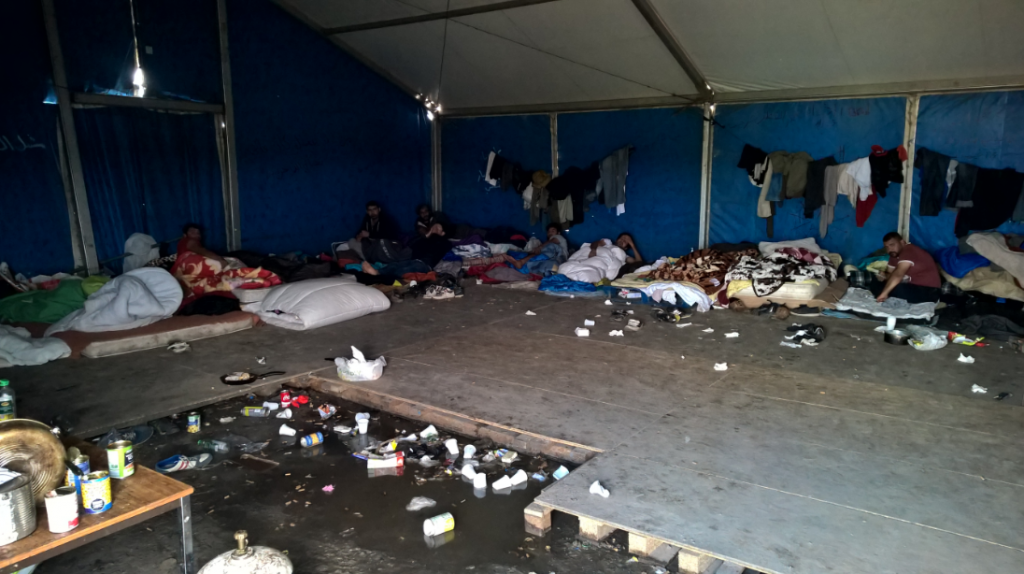 Just two days spent in Calais but so much to digest, so much to think about, and so much more that needs to be done. A group of volunteers from High Wycombe, Muslim and non-Muslim, after a concerted effort to collect items that were required for the refugees, and after filling a 40ft lorry and two vans with donations from the whole community, made their way over to the “Jungle” in Calais.

The “Jungle,” packed with tents and other temporary structures, sprawls over an area of roughly four square kilometers and is really the culmination of French efforts over the last five years to consolidate various ‘jungles’ that have sprung up in their country to one single location. The land is below sea level and when it rains, water gathers and the whole place becomes a bog – extremely concerning when considering the coming winter.

The “Jungle” is broadly divided into areas by nationality: Syrian, Sudanese, Kurdish and Afghan amongst others. Although a few women and children can be found in the main camp, the majority are housed in a separate, more secure, area. 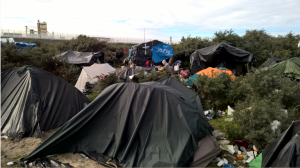 There are roughly seven temporary structures that serve as Mosques and two as Churches. One extremely nice and sturdy domed structure (donated by the French authorities we were told) serves as an area for music and arts, and a nightclub of sorts. 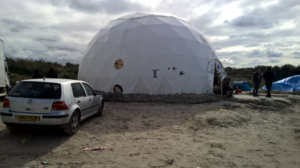 Our first port of call after arriving was a warehouse where all items donated are stored, sorted and shipped out to the “Jungle,” all directed by a remarkable man called John. 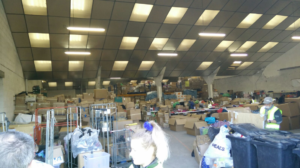 The scale of the operation and huge logistic effort required quickly became clear to us as did the vast amount of work that needs doing. Full of interesting facts and information, one of the things John did tell us, in extremely colourful terms, was how much he hated the term ‘jungle’ and preferred to use the term camp to describe where the refugees were living. I agree with him. 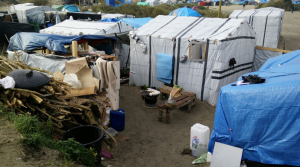 Everyone was assigned tasks to do which we set to, and during the lunch break some of us decided to pay a visit to the camp. Others would go later.

Upon entering the camp, one of the first refugees we met was a smiling, pleasant Egyptian. An Egyptian in this refugee camp? It is perhaps a testament to the power of Western media that, to my shame, the first words to cross my mind were ‘economic migrant’; one travelling with the prospect of material gain. Until, that is, a colleague enquired after his story. Until, that is, we saw the squalid conditions he was living in and that a tiny tent, rags on the ground, and a sleeping bag were his possessions. Harrowing stories like his were a recurrent feature of our conversations with the people living there. Each had their own tale. Each was tragic.[1] Some were articulate, educated people who had been forced to flee, abandoning their possessions, homes, cars and families. 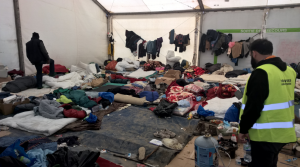 Smiling was also a recurrent feature of our trip throughout the camp, and one that I found most surprising. And moving. The morale of the people there was incredible. They would consistently invite us over to share in their meals or to have a cup of tea with them; people who have next to nothing asking us to share their food with them!

Walking towards the Afghani area, we saw that some had been enterprising enough to set up shop! Prices were exorbitant: a small chocolate for 4.5 euros. The thought crossed my mind that these people must be wealthy enough to buy items at such prices. Again, until we realised that they are coming from a culture where bartering and exchange is the norm and prices written on products mean very little.

Walking to the Syrian area, we were invited by a group sitting together to have tea with them which we declined. I spoke to an elderly Syrian asking him what they needed and how we could help. Sturdy shoes, warm clothes and firewood were what they needed. They never asked us for money. No one did.

On one occasion, the next day, driving through a narrow dirt road on one side of the camp, a Sudanese man spoke to me. I made the mistake of not really listening to what he said, concentrating instead on the drive. That coupled with his heavy colloquial Arabic led me to believe he was asking us if we were from Britain. I answered yes. The next thing I know, in extreme excitement, he is trying to clamber into the back of my car. What he was actually asking, it turns out, was if we could take him to Britain with us! Though some refugees do entertain the hope of entering the UK, the majority we spoke to do not.

My own personal nightmare came to pass, the thing I feared most: a man asking to take a child with us. A request we had to decline.

There is so much more to say, but I feel I need to mention the amazing volunteers we met out there. All there at their own expense, many having spent weeks and months there to help out. One person setting a caravan up in the camp so he can be where he is needed most; another setting up a tent in the camp itself for the same reason; others booking hotel or hostel rooms for days on end; builders working all day constructing more viable shelters for the coming winter; nurses and doctors setting up medical facilities; volunteers doing the extremely unenviable task of cleaning up the area; and, of course, all the many unnamed men and women working tirelessly in the background who very few people ever see or hear about. People who have seen human beings in need and have answered the call of humanity. Truly inspiring. 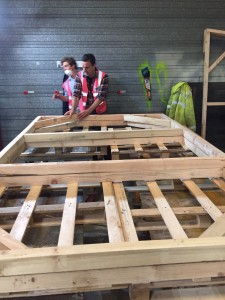 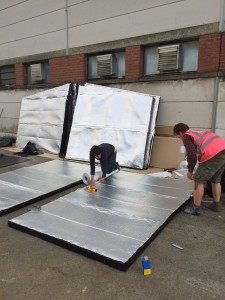 As a parting piece of advice, many organisations and groups, with good intentions, go to Calais to help, taking with them items they think are needed. Quite often, those items are not needed and end up being discarded. If you want to go, first make contact with people who go regularly or are based there, who can tell you what is and what is not required.

[1] Details of stories and pictures of individuals have been omitted at their request since they feared such information could adversely affect their asylum applications.