Muslim charity’s challenge to the Telegraph 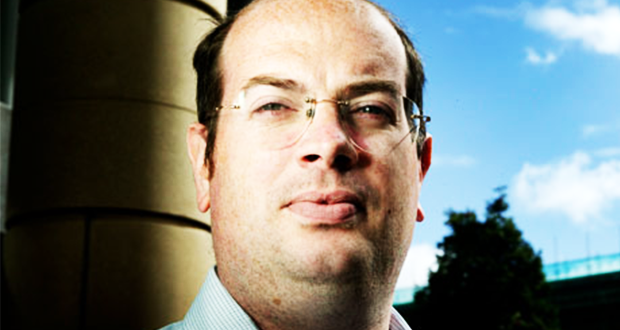 Those with a hatred for Islām and Muslims, driven either ideologically or simply by good old-fashioned bigotry and xenophobia, have all used words like ‘extremism’, ‘radical’ and ‘Islamist’ in order to generate hostility towards normal, mainstream Islamic practices and beliefs. The seasoned Islamophobe Andrew Gilligan’s most recent conspiratorial tirade against a number of Muslim-run charities has provoked quite an unprecedented response from one of the charities he maligned in the Telegraph.

The Islamic Education and Research Academy (iERA) has today published an open letter (below) inviting Andrew Gilligan and the Daily Telegraph’s editor, Ian MacGregor, to an ‘open dialogue’ where they can—if they wish—learn the real beliefs of those they smeared and also put forward their own definitions of ‘extremism’. I do not think anyone is holding their breath waiting for a positive response, since those that depend on ignorance and ambiguity regarding minorities for sensationalist, attention-grabbing headlines, will seldom kill a goose that lays golden eggs. If, however, they do value journalistic integrity or a more enlightened view of ‘extremism’, then it would be an interesting conversation indeed.

Andrew Gilligan is one very persistent Islamophobe, with an oddly remarkable perseverance when it comes to smearing and demonising Muslims in the mainstream in any opportunity he gets (the Coolness of Hind blog has an impressive catalogue of his attacks [1]). He is one of the last few neocons that is still clutching at the dozens of exposed anti-Muslim conspiracies from the Trojan Hoax fiasco to Mayor Lutfor Rahman’s #creepingshariah in Tower Hamlets. He even frequently goes out of his way in order to downplay the seriousness of Islamophobia and anti-Muslim hate crimes.

Whilst there is always hope for anyone, it is hard to fathom that neocons in general, and Gilligan in particular, would actually engage in an open, public debate about the hate and division they fuel in Britain. They seem to have a spectacular ignorance about Islām and Muslims and an apparent reluctance to merely ‘Google’ something they do not know (for instance, in his recent article Gilligan translated ‘Da’wah’ as ‘Prayer’). A recent ambush on an apparently unsuspecting neocon from the Henry Jackson Society (HJS) on Aljazeera, where the warmongering and apocalyptic ideology of neocons was exposed by Moazzam Begg and Mohammad Shafiq,[2] showed a rare opportunity where Muslims were able to challenge neocons in public. That and this letter are both a step in the right direction, I believe, when it comes to confronting the poisonous narratives propagated by the Islamophobia industry.

I am writing to you in regards to Andrew Gilligan’s recent article published on Sunday 30th November, where he made a direct link between iERA and a Portsmouth based group who had some members leave to fight with ISIS in Syria. Without going into the details of Mr Gilligan’s unsubstantiated claims, which I have already raised with him in writing, this letter is an open invitation to you and Mr Gilligan to discuss the subject, or rather the definition of extremism with iERA.

iERA’s position as a Muslim missionary group towards extremism is very clear, and our material in the form of press releases, videos, lectures and articles are abundant. As the editor of a prominent UK newspaper, you are aware that prior to publishing an article it is ethically and principally incumbent on the publication to offer the opportunity of fair comment to an organisation or an individual when claims against it are made such as those made by Mr Gilligan in his article.

‘Extremism’ is an ambiguous term which is frequently used by the media with little regard to the wider impact it has on society, forging an ill-informed perspective on Muslims. Sadly, the term extremism has become a political tool to demonise and censor normative Islamic beliefs. By coining mainstream concepts under the umbrella term of extremism, Mr Gilligan amongst other journalists, are fuelling an atmosphere of hate and fear of Muslims, which will inevitably hinder the process of community cohesion.

Quoting speakers out of context is unprofessional and misleading. Extracts of previous lectures should not be referred to in isolation to depict certain members of our organisation as extreme, homophobic or anti-Semitic. The same speakers have clarified their theological opinions within a particular context and engaged in projects which controverts the conclusions drawn by Mr Gilligan in numerous articles on iERA, but they were clearly ignored.

We would appreciate you providing a clear and open definition of extremism from your paper’s perspective so that we can clearly understand why your paper is labeling many orthodox Islamic speakers as ‘extreme’.

The fundamental pillars of the free press is to educate the masses, to account those in authority and remain impartial at all times. Based on Mr Gilligan’s article and others published by The Telegraph, there appears no intention to advocate balanced discourse. Taking this into consideration, we would like to offer you and Mr Gilligan the opportunity to debut in an open dialogue, where you can put forward questions directly to iERA, so we can be given a fair and equal opportunity to state our position on any matter.

We await a response at your earliest convenience.