Preston Community vs. EDL: They Came, They Ate, Islam Conquered 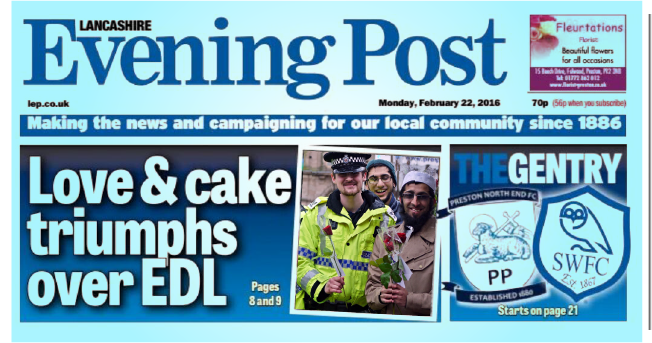 They Came, They Ate, Islam Conquered – One Preston, One Community

Saturday the 20th February 2016 will be a date that will live in the minds of those who participated, for a very long time.  Many aspects of the day were so special, so unique and so unprecedented that mere words fail to do justice to the scale and magnitude of the experience. I have been inundated with text, calls and messages from those who were fortunate enough to have been part of this special day and historic event.

Saturday 20th February was the day chosen by the EDL to have their national demonstration in Preston. However, the EDL’s chosen date became the date Preston became ‘ONE’ and unified in a way never before seen.  On this day each and every Masjid and Madrasa of Preston, regardless of difference, unified for the ‘One Preston, One Community’ Celebration – Alḥamdulillāh.  This in itself was a unique and unprecedented event worthy of celebration. We were finally all brothers and sisters united in our Dīn of Islām, to promote, celebrate and advocate the true meaning of Islām in a way never seen before in the UK. Not only the Muslims, but non-Muslim academics, demonstrators, the general public, and even the attendant police were compelled to join in with the celebration of Islām! 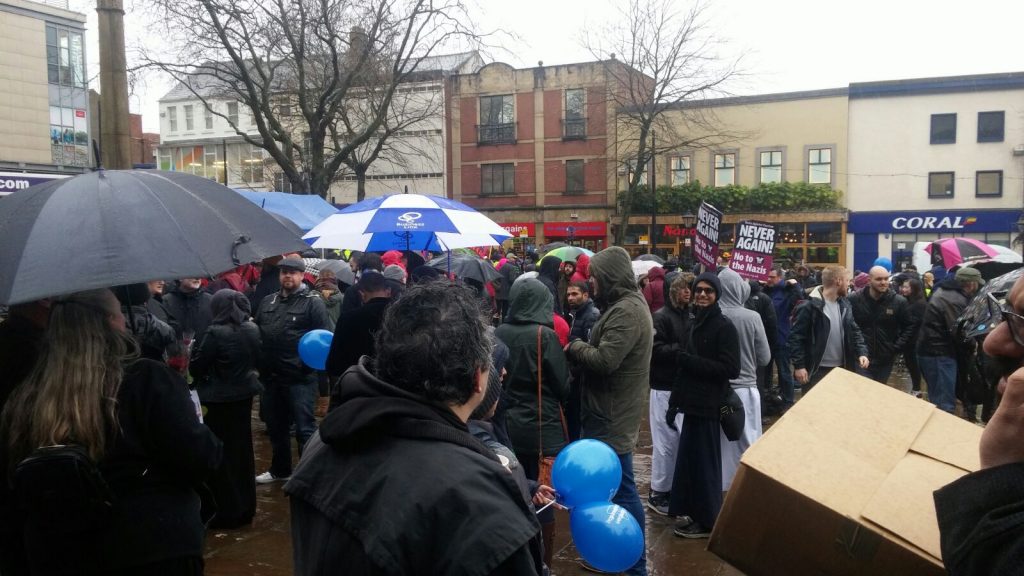 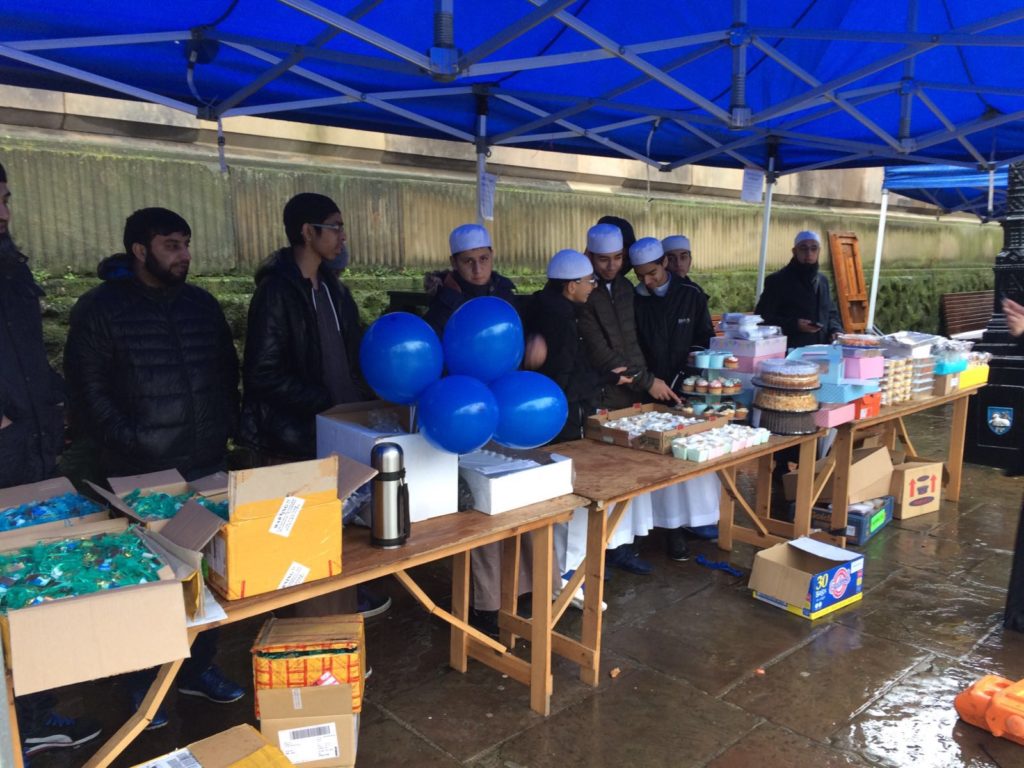 Some images of the event [1]

The Muslim community of Preston was being publicly slurred and attacked on this day, however the response from the community was just one of love, peace, harmony and a display of selfless generosity which brought tears to my eyes and many non-Muslims who witnessed it.  What is our religion, if not one of mercy and compassion to all our fellow humanity?

In fact, the Muslim generosity was not restricted to a select few. At one point during the celebration three members of the EDL decided to wander over to our ‘Celebration’ side. The ring of police promptly prevented them from coming too close. However, a representative from Noor Masjid requested the police to allow them in. The three promptly walked into the ‘Celebration’, where they were served food of their choice, ate and then calmly walked back over to their side. However, before leaving, one of the three EDL members hugged and thanked the Noor Masjid representative. So – the EDL came, the EDL ate and Islām conquered.  Alḥamdulillāh – how wonderful, amazing and breathtakingly beautiful is the religion Islām.

With all the hostility Muslims have been receiving in recent times we have become experts at showing a firm stance, debating opponents and refuting the fallacies of the hostile. However we should not forget the massive impact of the seemingly forgotten method of just showing the wider community the exalted akhlāq and manners that the Prophet sallAllāhu ‘alayhi wasallam was sent with.

“And who is better in speech than one who invites to Allah and does righteousness and says, “Indeed, I am of the Muslims.” And not equal are the good deed and the bad. Repel [evil] by that [deed] which is better; and thereupon the one whom between you and him is enmity [will become] as though he was a devoted friend.”[2]

I truly believe that the ‘One Preston One Community’ event was a great event and more importantly the Muslims of Preston did our community proud in a show of complete selfless generosity. The EDL were marginalised into becoming an irrelevant insignificance on the day. In fact, many a time people, me included, forgot that the EDL were there.

We started this journey with the sole aim of wanting to re-write the narrative for when the far-right visit a town or city in the UK. It honestly makes me proud to say that Preston re-wrote the narrative ‘big time’. In fact, we have set the benchmark so high I really cannot see other towns and cities being able to emulate us!

It goes without saying, that this was a collective effort from the Muslim community of Preston. Hence, Jazāhum Allāhu khayran to all the Masājid, Madāris, ‘ulamā, brothers, sisters and little children that helped to make this event what it was. It truly would not have been possible without everyone’s help. Some of us get all the credit due to being in the limelight, however may Allāh shower his blessings on all the unsung heroes who: cooked the food; prepared the desserts; made and served the refreshments: prepared the beautiful roses; wrapped the sweets; baked the cakes; blew up the balloons; stewarded the event; provided the Calligraphy; made the videos; and so much more.

This was a truly remarkable and unique event, because no one did this anticipating a financial reward or any status in the eyes of this world. They did this for the sake of their beautiful Dīn, and, as such, the hoped-for reward for their efforts can only come from their Creator.

“We feed you only for the countenance of Allāh. We wish not from you reward or gratitude.”[3]

May Allāh make the reward the best of recompense for all their hard work and effort.

[1] A video of the event can be found here and was reported here: