Reply from Dr. Haitham Al-Haddad to allegations made in the Daily Mail & Sunday Times newspaper 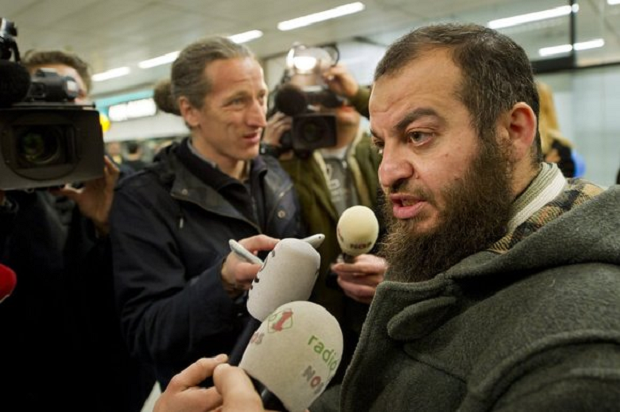 I was deeply saddened on Sunday morning to see the article in your newspaper maligning me and attributing beliefs to myself which I have for many years argued against. I would like to give The Sunday Times and the Daily Mail the benefit of the doubt and suggest that the articles are merely a product of lazy, armchair journalism rather than working towards a malicious agenda, I only wish you would have afforded me the same courtesy. However unfortunate, it does feel to me as though I am being deliberately demonised and my public image distorted by various right-wing newspapers, blogs and think tanks to fit the profile of some sort of ‘hate preacher’.

I find the idea of so-called ‘anti-extremism ASBOs’, as featured in the Taskforce on Tackling Radicalisation report, the very antithesis of liberal democratic values. It is almost as if we are moving towards an Orwellian dystopia where the state wishes to control not only what we say but also what we think, all the while claiming to champion democracy and freedom.

I would like to take the opportunity here to correct some of the lies and fabrications written about me in The Sunday Times and Daily Mail.

1. Contrary to the shameful accusation by your newspapers, I have never praised Osama bin Laden (Allah have mercy on him), let alone his views about war or Jihad. In fact I, like other mainstream Islamic scholars around the world, have refuted those views attributed to him.

2. I have never claimed Osama bin Laden was in paradise, as claimed by your newspapers. What I have said on this matter is that according to mainstream Islamic opinion, we cannot say whether an individual is in paradise or hell, only that if someone dies in a state of Islam that s/he will eventually be admitted to paradise, even if they are subjected to punishment in hell for a period of time. This is consistent with Islamic teachings on resurrection and redemption. There is a world of difference between iterating the doctrine of a quarter of the world’s population, and “praising bin Laden” for what is attributed to him. Incidentally, the phrase, “Allah have mercy on him/her/them” is a ubiquitous suffix added upon the mention of ANY deceased Muslim however righteous or wicked—an inalienable right according to the teachings of the Prophet Muhammad (peace and blessings be upon him).

I would add that there are interesting parallels to be drawn here between the demonisation of Islamic scholars and the stigma experienced by Catholic clergy during the Troubles in Northern Ireland. Then as now, scholars and clergy are drawn into political battles with little regard for the responsibility to uphold and honour the teachings of our respective creeds whatever the political context. This does not render us ‘preachers of hate’ or apologists for terrorism.

3. Stating, insidiously, that I undertook the majority of my Islamic scholarship in Saudi Arabia is a desperate attempt to vilify and ostracise me as though I were someone unfamiliar with the socio-cultural milieu of Britain. In fact, I studied for my PhD at SOAS, a world-renowned institution for Middle Eastern studies. I have benefited from many teachers who come from varying backgrounds and to suggest otherwise is a deliberately malevolent and false representation.

4. I have not been banned from speaking at the London School of Economics. Were the authors of the articles interested in the facts, and not conjecture, they would have learnt that one of my talks was postponed pending an investigation into accusations made against me by well-known Islamophobes (ironically, not too dissimilar an attempt at defamation as The Sunday Times and Daily Mail saw fit to publish). The investigation was conducted and I was cleared of all false accusations shortly thereafter. I have since then spoken twice at the LSE.

5. The claim that I have been “accused of preaching hatred of Jews and justifying terrorism against civilians” is utter defamation. I have never espoused such reprehensible views. The use of quotation marks around the phrase, “collateral damage,” as though to infer they were expressed by myself, is again false representation.

6. As for my stating the Islamic position on homosexuality—which is shared by millions of other people of all faiths in Britain—it makes me feel ashamed that The Sunday Times and Daily Mail should spin legitimately held religious views to paint me as some kind of hate preacher. There are many who have objected in the recent past to the Government’s rush to legislate on same sex marriages, are all these ‘hate preachers’ too; the Members of Parliament, the Catholic Church and the Tory party faithful? The claim is as specious as it is ridiculous.

The double standards of the Daily Mail in this regard is particularly abhorrent. The paper champions Christians for their staunch defence of religious beliefs and values while at the same time demonising Muslims who do much the same.

There is a genuinely disturbing trend in the conflation by many Islamophobic commentators of socially conservative values with issues of national security and extremism in order to demonise Muslim scholars and speakers. It is a virtue much lauded in liberal democracies that citizens are free to hold the views they choose, within the law, whether such views cohere with majority or minority opinion. The shameless bulldozing of liberal democratic values to force conformity on the citizenry is a betrayal of the principles on which democracy rests. While Muslim scholars face the brunt of the challenge, the danger inherent in this approach is one that should concern us all.

7. I have repeatedly set the record straight on a number of issues which have frequently surfaced in the run-of-the-mill character assassination articles I have had the misfortune to see published in recent years. It is most unfortunate that the newspapers turned a blind eye to this, instead contacting me “for comment” only hours before publishing the articles. On this most recent contribution, I would add that Usama Hasan’s ‘scholarly’ credentials are well known to British Muslims and the claim that he has sought to “reason” with me is resolutely false; a symptom of the worst sort of megalomania.

8. As for being against what Usama Hasan revealingly deems to be “western values” (as though no other culture or civilisation shares them), such as “gender-equality, democracy and freedoms of speech, expression and religion,” this is patently false. I was one of the very first orthodox Islamic scholars in Britain to encourage Muslims to participate in elections by voting. As for Islamic values vis-à-vis gender-equality, they are based on fairness and justice, which means consideration must be given to different genders based on their differing characteristics and needs.  Furthermore, freedom of thought, religion and expression has its own glorious history and framework in Islam within certain boundaries, as is the case with many civilisations.

The broader issue of concern here are the efforts to bolster those whose championing of “western values” comes at the price of stridently undermining the rights of others to legitimately demur and dissent from their viewpoint. This is ignoring the ambiguity and fluctuation of “western values” in the first place. The irony of denying my rights to “freedom of speech, expression and religion” through the use of an “anti-extremism ASBO” on the false pretext that I do not adhere to such values, is not lost on me.

9. It could be argued that these accusations have been carefully selected to evoke antipathy towards my person from normally tolerant, liberal citizens. Why else craft an article designed to offend Jews, homosexuals and women?

I would go further and suggest the article is intended to evoke an antipathy for orthodox religious values and of Muslims in general. This is because I have a reputation for sticking only to those beliefs and practises that enjoy a general consensus among classical Islamic scholars and schools of thought in my public and private discourse. Contrary to the impression given by The Sunday Times, Daily Mail and Usama Hasan, the prevailing consensus among Islamic scholars is not averse to democratic participation, women’s rights or respect for religious pluralism.

It seems that the purpose of this article is to soften people up to the idea that Britain needs to curtail “lawful free speech.” Freedom of speech, expression and religious belief is a value that Britain has traditionally upheld. Its termination through agenda-driven government officials and a so-called taskforce, along with an apparently co-operative “free”-press is something everyone should be concerned with.