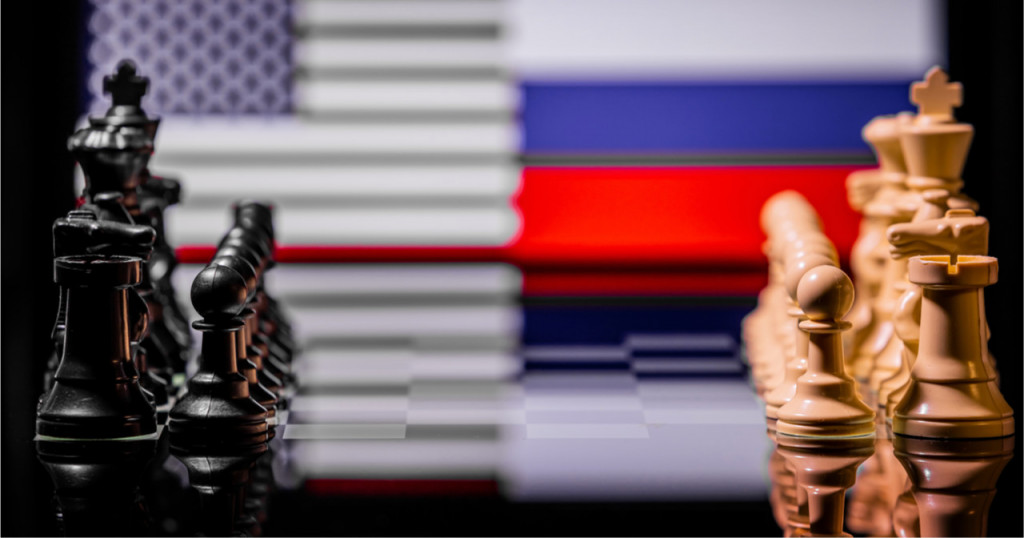 This is a very concise summary of the Islamic position, from my perspective, that non-Ukrainian Muslims should have regarding the Russian war against Ukraine.

Any global event is relevant to Muslims

Successful people are those who are constantly looking for opportunities to advance their success or to transform their situation into success. Muslims should be wise enough to analyse this situation in order to find any opportunity for their benefits—which are indeed also the benefits of humanity at large—whilst recognising and avoiding any harm for them and for humanity at large. Islam is the way of life that secures maximum benefit and deters maximum harm.

Muslims should feel sad and disturbed when seeing innocent people—Muslim or non-Muslim—killed or driven out of their homes anywhere in the world. Allah says in the Qur’an:

“Indeed, those who disbelieve and commit wrong [or injustice] – never will Allah forgive them, nor will He guide them to a path.”[1]

Indeed injustice is one of the major—if not the major—crimes in the sight of Allah.

Muslims are responsible for justice and injustice

Whilst watching these atrocities, Muslims should acknowledge that they are responsible towards any injustice that takes place in the world, as they are appointed by Allah to ensure that justice prevails on the planet.

Being the best of nations places a huge responsibility on their shoulders to ensure that justice, according to Divine guidance, is established anywhere in the world.

“Thus, have We made of you an Ummah justly balanced that you will be witnesses over the people and the Messenger will be a witness over you…”[2]

“You are the best nation produced [as an example] for mankind. You enjoin what is right and forbid what is wrong and believe in Allah. If only the People of the Scripture had believed, it would have been better for them. Among them are believers, but most of them are defiantly disobedient.”[3]

In the last century or so, increasingly horrific injustices have been taking place as there is no Muslim superpower that has kept order in the world, acting as a bulwark against major injustices anywhere in the world.

Only those who follow Divine guidance can form a powerful but humble and just nation, thus they are the only qualified nation to be a superpower. This is because they are the only people who believe that, regardless of whatever power they have, they are still controlled and accountable before another power that is superior to them: Allah.

Any powerful nation that disbelieves in Allah will become arrogant, unjust, and bent on securing its own interests in spite of the damage done to others in the process. This is why western non-Muslims say that power breeds arrogance. Allah, the creator of everyone, knows this nature of human beings. He says:

“No! [But] indeed, man transgresses, because he sees himself self-sufficient.”[4]

Everyone else has an agenda

Although scenes of war, bloodshed and destruction are horrifying, and we should certainly feel disturbed about innocent victims of such aggression, it is not our emotions but our thinking that should dictate long-term and holistic understanding, analysis and solutions for the situation.

It is highly unlikely that the duplicitous and murderous regimes in the West sympathise genuinely with Ukrainians from a purely humanitarian (or even values) perspective. If they did not gain more than they stood to lose then they would simply ignore Ukraine altogether—like the long list of countries suffering in the world, not to mention at the hands of their own allies.

Ukraine has been described as a back yard for many sordid activities by corrupted westerners, but the biggest gain for those pushing for western hegemony is to further weaken and eventually destroy their historical competitor, Russia.

What are the outcomes for Muslims?

There are three major powers in the world today: USA, China and Russia. Whilst Russia uses mainly its military power to influence other regions, and China mainly its economic power, the US uses both, but adds a third type of power which is more dangerous: ideological power.

If Russia wins this war, its power and influence would likely advance to more and more countries, including Muslim states formerly in the Soviet Union. This would likely be a threat against many Muslims in Central Asia and Turkey, not to mention being very bad for Muslims in Syria. On the other hand, it may also dent US and western hegemony, slackening the noose around the necks of hundreds of millions of others.

This could open doors for da’wah and other activities for Muslims in many places around the world, other than those under Russian hegemony. In fact, the US will likely repeat the Afghan-Soviet Union model from the cold war, by facilitating more space for Islamic da’wah to progress in certain areas as they know that this is the strongest and most effective way to control the advancement of Russia. It is unlikely that Muslims would face major ideological threats in such a case, since Russia is very weak in that regard.

However, if the US wins this war, then it may tighten its grip on the rest of the world, ramping up its ideological domination. Furthermore, it will also be ready to invade other countries in the world, reinforcing the uni-polar model of the globe. It will increase its support for Israel and other despotic regimes and we will see more injustice against many Muslims, besides the Palestinians.

In the case of a decisive victory for either side, the challenges for the Muslim Ummah are countless, and the da’wah will be very much controlled and limited almost all over the world; by Russian in areas under its hegemony, and by the US and the West in areas under their control.

Do not be a pawn in someone else’s chess game

I strongly advise all Muslims around the world not to take part in this war and to be careful not to be used by any side. As history has shown us again and again, Muslims will be used as cannon fodder and once they have served their purpose, they will be imprisoned or have their countries invaded, decimated, and bled dry.

Whilst we work diligently to strategically elevate our Ummah according to our context, time and place, we need to ask Allah, the Almighty and Majestic, to provide for this ummah solutions for its problems, and to make the outcome of this war goodness for the Ummah of Muhammad (peace and blessings be upon him), and the entirety of humanity.