#SaveTheFamilyHome – Interview with the daughter of Munir Farooqi 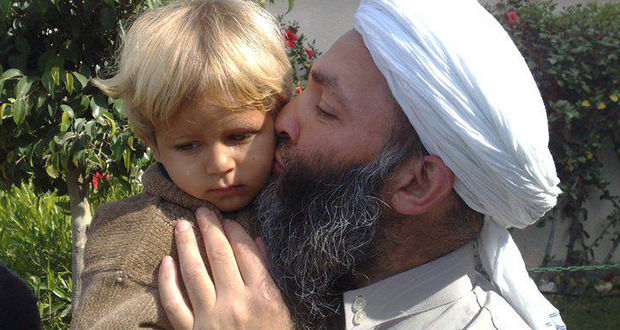 CAGE speaks to Zulaikha Farooqi, daughter of Munir Farooqi who is appealing his recent and controversial conviction based on terrorism offences. His family are now being subjected to further proceedings. In an unprecedented step those prosecuting are trying to seize the family homes, which would make them homeless.

CAGE: Could you please introduce yourself to our readers?

Zulaikha Farooqi (ZF): My name is Zulaikha Farooqi, I am the daughter of Munir Farooqi who was active with da’wah in Manchester for over 10 years. He held a stall where he distributed Quran in English and other Islamic literature free to non-Muslims. The whole purpose of da’wah stalls was to build bridges between communities by educating our communities about Islam. He spent most of his free time devoted to da’wah. The police and our government clearly did not like this which is why they tried various attempts to stop my father running this da’wah stall. I only realised this when he was arrested because I, and our communities knew the da’wah stalls were totally harmless! When they failed at their attempts to get my father off the streets they decided to send two undercover officers to his da’wah stall separately. They pretended to take an interest in Islam, took literature from him and eventually embraced Islam at the local mosque. These undercover officers came to our house, abused our hospitality and privacy in order to invent a fake “terror gang”.

This was only confirmed by the head of counter terrorism unit, Tony Porter, after the convictions, “This was an extremely challenging case, both to investigate and successfully prosecute at court, because we did not recover any blueprint, attack plan or endgame for these men.” These undercover men; known as Simon and Ray, were the only persons to give evidence against my father. They made it out as though the da’wah stall was there intending to lure in vulnerable people, by inviting them into our home, this hospitality was interpreted to be winning their hearts and minds;  and answering their questions about Islam was made out to be so-called ‘radicalisation’, in order to go abroad and fight. Ridiculous. My father is appealing his conviction.

CAGE: Could you tell us a little more about the Court proceedings that are taking place on Thursday?

ZF: Following my father’s conviction, Greater Manchester Police and the CPS wish to confiscate our home saying that it was some sort of a recruitment centre for terrorism. Anybody who has been to our home can prove what it was and is far from it. In fact, all the da’wah leaflets and DVDs that were stored in our house and used against my father in trial (which were commonly referred to as “fifty thousand terrorist publications” by the media) have been returned BACK to our home! However, they still intend to confiscate our home, a privately owned property which has never been owned by my father!

Furthermore, the LAA (Legal Aid Agency) want to confiscate two other properties in order to cover the cost of my father’s defence. These properties are the main source of income for us all so not only do they wish to leave three generations homeless, but also penniless!

The hearing for these three properties will be THIS Thursday 22nd and Friday 23rd May at Manchester Crown Court. We will also be protesting outside the court.

CAGE: Can you explain why this case is so significant?

ZF: The legislation they’re using to confiscate our home, Terrorism Act 2000 section 23a is unprecedented. This has never happened before and if this attempt is successful then this WILL happen to other innocent families of convicted persons. This is why is it so important to back Save The Family Home campaign, because it is not just about my family, it affects us all regardless of our faith or race!

CAGE: Your family has never been found guilty of any wrongdoing, yet you are criminalised. How do you feel about it?

ZF: I think it’s disgusting how even though my brother was acquitted, he was found NOT guilty, in a British court yet they are still adamant to punish him by leaving him homeless and penniless; as well as us women and children who live in this house!  It is collective punishment.

CAGE: What would you say has been the greatest strain on you and your family during this time?

ZF: The greatest strain has been my father’s health deliberately neglected by the oppressive prison authorities of HMP Manchester and HMP Wakefield. My dad is diabetic and this neglect can cause him to lose his eyesight and mobility of his legs. We are now working with private health experts to assess my father in prison which I know will not be easy and will be very costly.

CAGE: If the prosecution are granted a confiscation order on your home, what kind of impact will that have on your family?

ZF: This would destroy our family further, and force us to live separately rather than as one big family. However, although the aim of this bullying may be to weaken our family, we hope that the love and the strong bond we share will only get stronger, Insha’Allah.

CAGE: After the prosecution of your father and his co-defendant, the head of the North West Counter terrorism Unit admitted it was a very challenging case to prosecute since there was no evidence of any plot, but rather what they ‘were able to prove was their ideology’. Do you feel that what the family is going through is disproportionate, especially since no one was ever harmed?

ZF: Of course. There have been many miscarriages of justice over the past five years. However, we say that even though my father may have been convicted, this should not justify collective punishment of a whole family. We are merely a test case to see how far they can push a law which was never intended to confiscate family homes, but rather mobile phones or laptops! So yes, punishing three generations despite knowing they have done nothing wrong is not only disproportionate but evil, and cruel.

CAGE: For those who would like to help, what would you advise they do in order to assist you and your family?

ZF: Please write to your MP’s regarding this injustice, like us on Facebook SAVE THE FAMILY HOME for regular updates on the situation, please visit our website to read the facts. And most importantly, please join the peaceful protest outside the Manchester Crown Court this Thursday 22nd and Friday 23rd May from 10am. We need to stand in solidarity to show that there is a lot of support from all faiths and backgrounds so the courts know that this is definitely not in the public interest.

CAGE urges everyone to attend the demonstration outside Manchester Crown Court on Thursday 22 May and Friday 23 May at 10am.