Some deaths are more equal than others 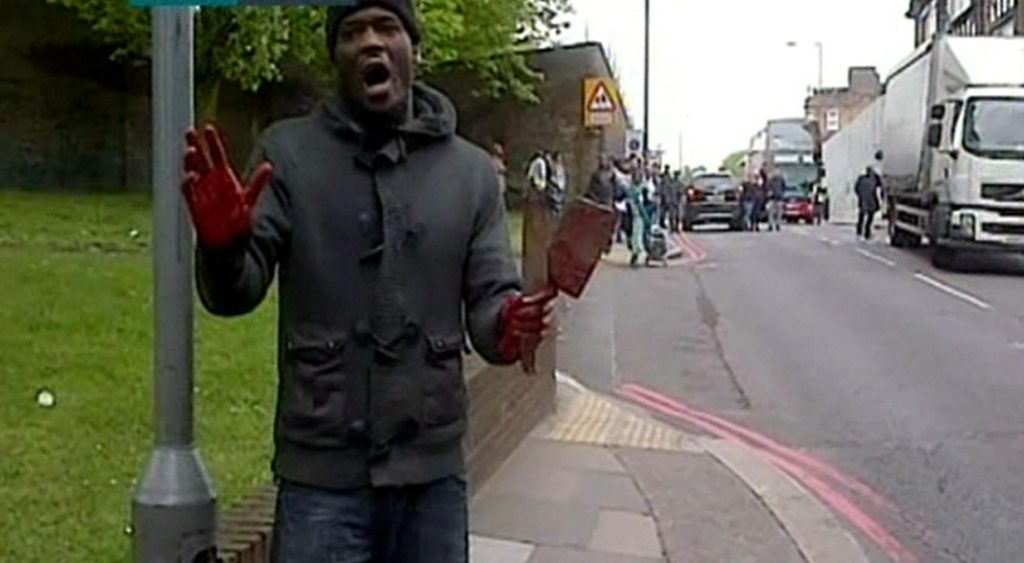 Asim Qureshi, who met one of the Woolwich attackers, writes about how the case reveals much about how we value human life.

With the Woolwich trial now over, there are some important questions that need to be asked in relation to the value our societies give to lives lost both in the East and the West. The way in which we understand war crimes during the conduct of hostilities needs to also be addressed.

For the last twelve years, I have advocated for a greater respect for the standards laid out in the Geneva Conventions and the humanitarian considerations expressed within Islamic jurisprudence on jihād. Abuses and excesses of these standards by both sides have resulted in a culture of brutality developing, where the process of dehumanisation plays an increasing role in the way horrific acts are conducted.

During the Middle Ages, there was a recognition on the side of Muslim armies, particularly those of Salah al-Dīn, that while killing was a natural part of warfare, those who fought acted on the part of their superiors, and so humanitarian standards should be applied in order to minimise harm on those who were caught up in the business of state. Salah al-Dīn’s order to give amnesty to those wearing the uniform of the Order of St John, until this day, is celebrated as a standard that should be respected and is compliant with Islamic injunctions stated by the Prophet Muhammad (sallAllāhu ‘alayhi wasallam). Many of those standards found formulation in the modern world in the form of the Hague and Geneva Conventions, now internationally recognised as a minimum standard in the conduct of hostilities.

Unfortunately, a culture of brutality has become prevalent which essentially says that depraved acts are necessary in order to break the will of the enemy. Hence we see within the development of this culture, hatred and enmity being expressed in various ways. The explosion in the number of beheading videos by Islamic groups around the world seems part of a media campaign designed to terrify western forces. Equally, the ritual degradation practised by UK and US forces around the world, such as urinating on dead bodies and forcing detainees into humiliating sexual positions forms part of a culture that places those affected into a sub-human category undeserving of any respect.

Built into this culture, is one of mitigation, of presenting any acts of illegality within a context of prior or wider events. All abuses that have occurred on the part of US and UK troops, are situated within either a personal or collective trauma that the soldiers face. The reporting of each incident is juxtaposed with a fact or scenario that is presented to assist readers in understanding why such crimes could have taken place. Examples of this include:

1. CNN’s timeline coverage[1] of the Haditha Massacre—the killing of 24 unarmed civilians including women and children shot at close range in the city of Haditha in Iraq by US forces—begins with the entry,

From the beginning, the media provides a mitigation for the offences that took place. Out of the eight marines that faced criminal charges, seven had charges against them dropped, while Frank Wuterich was given a suspended sentence, reduction in pay and had his rank reduced from staff sergeant to private.

2. The Daily Mail’s reporting[2] of US soldiers urinating on the dead bodies of alleged Taliban members focused on the justification for such acts by pundits in the US; in particular quoting Dana Loesch from FM News Talk 97.1 in Missouri:

“C’mon people, this is a war…Do I have a problem with that as a citizen of the United States? No, I don’t.”

The callous manner in which the deaths of these alleged militants are treated betrays the sentiment that exists in relation to lives lost among an enemy that is being fought as part of a conflict.

3. Earlier this summer, after the Woolwich attack, two British soldiers were brought to trial for sexually abusing ten-year-old Afghan boys. In this circumstance, the Independent[3] quoted the judge in his mitigation of their actions by explaining that they were in a:

“Many soldiers develop their own strategies for dealing with the pressure of life on operations,” he said.

“One of those strategies is banter, which has been a historic feature of military life and particularly life on operations.

“The boundary between what is acceptable and what trespasses into unacceptable behaviour is sometimes unclear and difficult to distinguish.”

The judge further accepted that the two men should not have their identities disclosed as they could come under threat after what had taken place in Woolwich. Kim Sengupta did however identify that such an argument seemed strange in light of the fact that similar anonymity orders had been granted prior to the Woolwich incident.

The systematic whitewashing of abuses by policymakers, the judiciary and media within the western world has only deepened a serious sense of frustration and disbelief in the East. The lack of transparency and unwillingness to harshly prosecute the most serious offences ranging from murder to paedophilia is taken as a sign that such abuses do not really matter. Further, each time these abuses take place, the culture of mitigation of those acts reinforces perceptions that crimes committed against Muslims mean very little, that those deaths have infinitely less meaning than those that take place against westerners.

Michael Adebolajo is someone that I met almost one year before the Woolwich incident. When we met, the focus was very much around the harassment his family was facing by the security agencies in the UK, and indeed their cooperation with agencies abroad. Michael had explained that he was being constantly harassed by MI5, that he had been tortured in Kenya with the complicity of the British (the questions being asked of him had all been fed from the UK), and that his brother who lived in Saudi Arabia, was being pressured into working for the agencies.

Michael’s world had become very small, in that he was not able to travel, find work, or indeed go about the normal course of his business due to the immense pressure he felt under. This was coupled with an individual who was only too aware of the reality taking place in the rest of the Muslim world. He was able to couple his own experience with that of others, and place all of it within a wider context: one where the abuses in the “war on terror” formed a single continuum, rather than singularities within various contexts. Thus, urinating on dead bodies in Afghanistan, from a policy perspective, had little difference to being profiled at an airport due to having a Muslim name—it was all to do with the creation of an international suspect community known as Muslim.

In this circumstance, what should have been done with Michael Adebolajo? Should we mitigate the killing of Lee Rigby and say that in light of his particular and the wider circumstances, there was too much pressure on him and so his actions should be understood? Had Michael been in Afghanistan and serving in the British army, that is surely what would have happened.

Let us not dwell on ‘if’s and ‘but’s though. Rather, there is an opportunity that arises from Woolwich. One that should recognise that there is no such thing as an act which does not have an impact on the rest of the world anymore. The UK and US governments’ attempts to cover up abuses carried out by their soldiers does not lead to greater national security, rather, such acts serve to reinforce the view that deaths in one part of the world are seemingly meaningless.

Michael Adebolajo’s view of the world was very much steeped in the abuses of an enemy that he saw before him. In order to bring a halt to the concretisation of those views, the remedy must be in not only the higher application of international humanitarian law in the conduct of hostilities, but also in increased transparency and punishment where abuses do take place. At the moment though, Michael is correct about one thing, some deaths are indeed more equal than others.

Source: thank you to www.cageprisoners.com for allowing this article to be cross posted from their site.