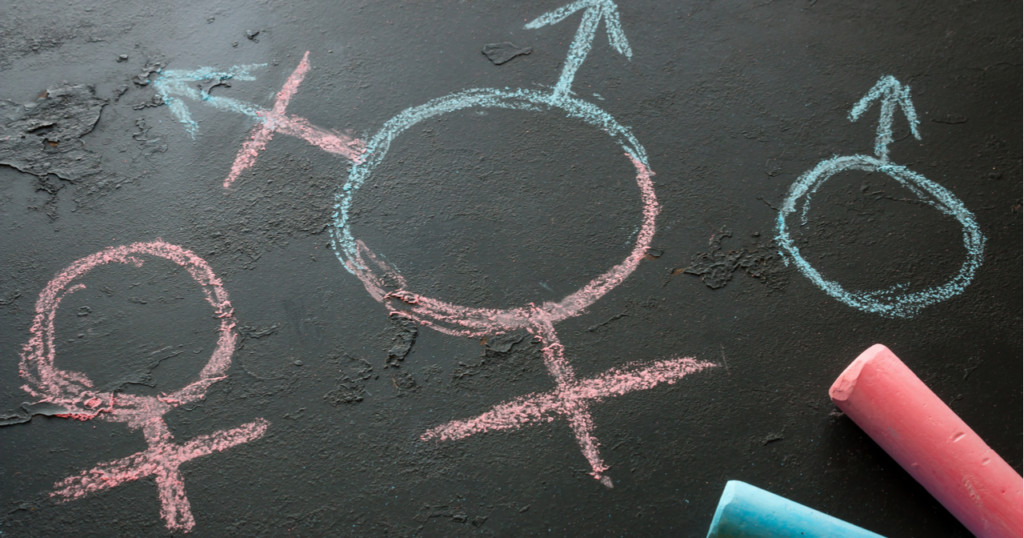 A large number of parents in Birmingham have demanded Parkfield School stop “proselytising” LGBT ideology in their children’s school under the pretext of “inclusion”. Hundreds of parents protested outside the inner-city school—with a ~98% Muslim student body—this morning, and the “Parkfield Parents’ Community Group” issued the statement below, along with a petition signed by over 400 parents.

The parents emphasise that, contrary to its being invoked in order to promote LGBT beliefs and lifestyles, equality legislation is in fact supposed to protect the “beliefs and philosophical convictions” of those that disagree with such beliefs and practices as well, including Muslims. This is a positive step towards empowerment of more Muslim parents to know and demand their rights in the face of bullying and pressure from campaign groups using every lever of state power—now including the structurally racist discourse of “counter-terrorism”—to impose one people’s set of social and ideological constructs over all others, rather than agreeing to disagree amicably on such issues.

The statement provides an example of how a growing British Muslim community can be confident enough in its own identity and worldview as well as its belonging to a 21st century British landscape, sticking respectfully yet assertively to its principles in the face of pressure.

• Parkfield School is situated in Alum Rock, Birmingham and 98%+ of its pupil population is of the Islamic faith background.

• The ‘No Outsiders in our school’ program falsely claims to rely on legislation (Equality Act 2010) in justifying the promotion of homosexuality. Children are expected to affirm, verbally and in writing, that “being gay is OK”. We would say: ‘some people choose to be gay and in our multicultural society, we will accept them as they are because it is for them to make that choice’. The former is clearly an imposition of belief, which undermines the faith, beliefs and values espoused by the parents and community that the school serves.

• The school is promoting Mr Moffat’s personal beliefs and convictions about the universal acceptability of homosexuality as being normal and morally correct. The sense of mission is clear from Mr Moffat: ‘I specifically wanted to work in a school where there was a strong probability that I would face challenges to my LGBT equality work, so that I could learn from mistakes made in the past and find a way to get it right.’[1] This is where the parents draw a line, between accepting that some people will have a different lifestyle and belief system to them, to being asked to affirm that this lifestyle/belief system is something which they should positively agree with and that it should be promoted as an option for their children. We don’t ask non-Muslims to affirm that Islam is the truth, similarly, we do not want people who practice homosexuality to tell our children to affirm that their beliefs and lifestyle choices are correct. This is proselytising.

• We have no objection to the promotion of respectful treatment of all people and the protected characteristics (Equality Act 2010) – this is not what the ‘no outsiders’ program is focussed on. In any case, this does not necessitate positive promotion of homosexuality and its affirmation as being acceptable by pupils. Just as sexual orientation is a protected characteristic, RELIGION IS ALSO A PROTECTED CHARACTERISTIC. People whose religious convictions are that practising homosexuality is morally wrong and sinful should not be forced to affirm that it is not. They should simply be asked to be accepting of that “person” not his/her “actions.”

• According to the ‘No outsiders’ program, how should a child who expresses surprise or disagreement with the moral correctness of homosexuality be dealt with? We get some insight into this from the writings of Mr Moffat, who narrates an incidence from Parkfield school stating, “There was one audible gasp from a child in year 6 but otherwise there was no reaction at all, which was quite nice because it demonstrated, to the shocked child that he was alone in his reaction; his homophobia made him an outsider.” (No outsiders in our school – page 44). The irony is pretty obvious since 98% of children are from a Muslim background, who will not consider such practices as being acceptable, they are the outsiders! The intimidatory and scornful tone towards the child who expressed disapproval speaks for itself. This approach is based on the false premise that if you don’t believe homosexuality to be morally right, then you must be homophobic. That is as false as saying if you don’t believe in Islam you must be Islamophobic.

• No effective consultation with parents has been conducted in this regard by the school. We believe our children are too young to be taught about relationships in this manner (age 4 – 10), which over-sexualises and confuses children in taking away their innocence. This sexualisation of children is also a safeguarding issue as it prematurely exposes children to ideas they cannot fully comprehend and risks making them vulnerable to manipulative influences. One 4-year-old Parkfield child came home and said that her teacher had said “We can be a boy or a girl” and “wear boy’s clothes or girl’s clothes”. Another one told her mother that she learnt “boys can marry boys and girls can marry girls.”

“My 10 year old daughter came home one day and asked “Mum is it true if I want to be a boy it’s OK? Mr Moffat said that it is fine because you may be a boy trapped in a girl’s body.” Mr. Moffat said to the whole class “it is OK to be gay in all religions,” and explained that “he was gay and a Christian, and that they could be gay or lesbian and be Muslim.” We find it astonishing that Mr Moffat in his zealous quest to convert children to his personal beliefs and practices, has resorted to interpreting and distorting Islamic teachings to mislead Muslim children. This is completely unacceptable to us as parents and a betrayal of trust that we placed in the school.”

• We do not endorse any kind of homophobia or transphobia or discrimination. This is against our values and the law. We respect people’s personal choice and believe they have a right to do what they choose, without fear of discrimination. This must not be imposed surreptitiously on others via persuasive or coercive means.

• The policy of the school is disproportionate, morally unacceptable and violates the democratic rights of parents to have children educated in consistency with their own beliefs and philosophical convictions.

• We want the school to be open and honest and to resolve this issue as quick as possible in a positive manner. We want the ‘No Outsiders’ programme abolished from our school and replaced with a programme that teaches the Equality Act in an age-appropriate and culturally sensitive manner; a programme that teaches children that they need to behave respectfully towards all people and to not discriminate against anyone. However, this must be done in a way that does not infringe on their beliefs as being “wrong or unacceptable” or an expectation that the elimination of homophobia necessitates changing the fundamental beliefs of the child. The Equality Act is not about stipulating what beliefs one should have but about behaviour which is respectful of all people as human beings, regardless of who they are, and to ensure that no one is discriminated against.

• We do not endorse any kind of homophobia or transphobia or discrimination. This is against our values and the law. We respect people’s personal choice and believe they have a right to do what they choose, without fear of discrimination.

• We are alarmed at Mr Moffat’s (and the school’s) references to “a worrying rise in the radicalisation of young people,” in the context of this programme, which begins with 4-yearolds! It would appear that Mr Moffat believes that his programme is some kind of deradicalisation tool; where children who believe or express the view that such behaviour is wrong according to their faith, are deemed ‘radicalised’ because they are ‘homophobic’, thus the justification and necessity to alter their beliefs in order to deradicalise them.

• Contrary to claims by the school that it has the support of ‘most’ of the parents in implementing the ‘No outsiders’ programme, a 400-parent petition opposing the programme has been submitted to the School Trustees. The school is considering this at the moment.

The petition wording is as follows:

As parents, we are deeply concerned that our children in Parkfield Primary School, from the age of 4 upwards, are being taught Relationship and Sex Education in a manner that is inappropriate and potentially harmful for the children’s wellbeing. The content is not age appropriate for children and is oversexualised, destroying their innocence. Views and behaviours (LGBT in particular) are being promoted aggressively (beyond legal requirements) in an inappropriate manner that undermines our rights as parents to educate and raise our children in such matters. We do not send our children to school to be indoctrinated, nor for our family values to be deliberately subverted and undermined. What the school is doing goes beyond the demands of promotion of respectful treatment of all people and the elimination of discrimination.

We the undersigned parents demand that this teaching is stopped immediately and a full, transparent consultation is carried out, involving parents, in respect of the teaching programme being implemented across the whole school. All material should be made available for parents to examine. The parental aspirations for the education of their children must be respected and appropriately reflected in the school.

The following quotes from Mr Moffat’s book: “No outsiders in our school” should be read in parallel with the above Statement:

Introduction to the book: “What we now need to be teaching is that homophobia once existed but we don’t have it in our school today, and that to be a person who is gay or lesbian or transgender or bi-sexual is normal, acceptable and OK. Children need to be learning that they may identify or may not identify as LGBT as they grow up, and that whoever they grow into as an adult is also perfectly normal and acceptable.” (No outsiders in our school – page 2) (italics added, this is a promotion of a homosexual lifestyle).

“However, at the same time, we have a perceived worrying rise in the radicalisation of young people and there is currently little clear guidance on how schools can meet the needs of children who are hearing different messages outside the school walls to the messages of equality that they hear inside.” (No outsiders in our school – page 3).

In school regarding “…the presence of ideas we do not want to hear. How can we ensure that these ideas are not the accepted norm on the playground? We can’t be simply telling children that their beliefs are wrong or unacceptable; We have to be delivering a curriculum that enables children to understand the benefits that exist in a society where diversity and difference are celebrated. Furthermore, we need our children to want to be part of that society, and we have to sell it to them; that desire may not come naturally by itself.” (No outsiders in our school – page 3).