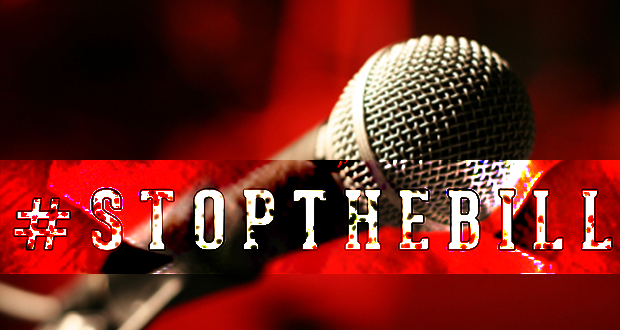 [Note; For more detailed information on #StoptheBill visit www.stopthebill.co.uk . The PDF version of this khutbah can be downloaded and printed of by clicking here]

“Had Allāh not been repelling some people by means of some others, the monasteries, the churches, the synagogues and the mosques where Allāh’s name is abundantly recited would have been demolished. Allāh will definitely help those who help Him (by defending the religion prescribed by Him.) Surely Allāh is Powerful, Mighty.”[1]

Islām is a universal and complete way of life

All Praises be for Allāh Who has given us a complete way of life based on a religion which is absolute and perfect. Islām teaches us how to live in any place, time and circumstance including a multicultural society, giving everyone their due rights, whilst not leaving the fundamentals and most basic beliefs that make us Muslims.

“This day, I have perfected your religion for you, completed My Favour upon you, and have chosen for you Islām as your religion.”[2]

Due to its comprehensive and balanced way of life, Islām has allowed Muslims to integrate in European society and, in particular, Britain.

“Verily, this Qur’ān guides to that which is most just and right and gives glad tidings to the believers (in the Oneness of Allāh and His Messenger, Muḥammad (sall Allāhu ʿalayhi wa sallam) etc.) who work deeds of righteousness, that they shall have a great reward (Paradise).”[3]

Apart from its light and contentment, Islām also provides solutions for the different problems arising in society.

Muslims also contribute to society in every field; from the thousands of Muslim Doctors who work with patients in our hospitals, to social workers who assist families and help them work through their problems. After all, Islamic morality teaches us to assist and help all of humanity. Our beloved Prophet (sall Allāhu ʿalayhi wa sallam) said:

This Ḥadīth makes it clear to us that the Messenger (sall Allāhu ʿalayhi wa sallam) commanded Muslims to work for the better of all humans, regardless of race, creed or religion.

Islamophobic people are not happy with the success of Islām

Unfortunately, some individuals amongst us are scared to see Muslims positively integrating into society, and passing on good character and morals taught by the Sharīʿah. They do not want Islām to flourish in Western countries, and are trying to create friction amongst Muslims and non-Muslims. Aided by extensive media coverage, far right groups and extremist policy makers have begun a campaign of scaremongering. As is clear from other European countries, right wing fascist groups have held rallies against Islām in the name of democracy. These demonstrations are held under the banner of preventing the ‘Islamisation of the West’. Western governments have come under pressure from these extreme views, and are beginning to take measures to ensure that Islām in its true form is no longer practiced. Laws such as the banning of the veil in public places have already been introduced in neighbouring European countries, and right wing think tanks are trying to bring these policies to Britain.

Islām commands Muslims to speak against injustice wherever it is

Being followers of a global religion, Muslims are commanded to help and support oppressed people wherever they may be. This obligation becomes more stressed when the oppressors themselves are Muslims.

“The believers are nothing else than brothers (in Islamic religion). So make reconciliation between your brothers, and fear Allāh, that you may receive mercy.”[5]

“Verily! Allāh commands that you should render back the trusts to those, to whom they are due; and that when you judge between men, you judge with justice. Verily, how excellent is the teaching which He (Allāh) gives you! Truly, Allāh is Ever All-Hearer, All-Seer.”[6]

Allāh has placed our success in following the teachings and Sunnah of the Prophet (sall Allāhu ʿalayhi wa sallam). By adopting the true character of the Prophet, we will never be disgraced and will in fact show the beautiful teachings of Islām to our neighbours and society as a whole. As the Ḥadīth of revelation makes clear, Khadījah (raḍiy Allāhu ʿanha) when comforting the Prophet (sall Allāhu ʿalayhi wa sallam) after his first experience of revelation said:

“Never! By Allāh, Allāh will never disgrace you. You keep good relations with your kith and kin, help the poor and the destitute, serve your guests generously and assist the deserving calamity-afflicted ones.”[7]

The Islamophobic tactic to suppress Muslims

They are trying to introduce legislations and policies that may stop this success of Muslims. They have found that playing the terrorism card is the best tactic to achieve their goals. They claim that acting upon certain Islamic practices leads to extremism and eventually to radicalisation and terrorism.

What is the government definition of extremism?

Under the pretext of extremism, a loosely coined term which includes anything that goes against British values (though there is no definition of what British values are), our government has introduced various policies to prevent Muslims from practicing many Islamic practices that are in accordance with the Qur’ān and the Sunnah of the Prophet (sall Allāhu ʿalayhi wa sallam).

Examples of normal Islamic practices that may be seen as extreme

The way a number of politicians, along with many media outlets, speak about Islamic extremism confirms the thought that many of the Islamic teachings that form part of mainstream Islām will be classified as extremism. Examples include: teaching children that they MUST pray; teaching Muslim girls that they MUST don the hijab; teaching children that homosexuality is a sin; believing Islām is the best religion; believing the Prophet Muḥammad is the best of mankind and mocking him is an insult for Islām and Muslims.

In order to aid them in this agenda, the government seek to bring the ‘Counter Terrorism and Security Bill’ into effect. The Bill represents the seventh piece of terrorism legislation since 2000. It is likely to have an impact on activists, campaigners, charity workers and some religious groups including Muslims. The Bill, if enacted, will also affect public servants such as local government officers, immigration officers, teachers, social workers, lecturers and other healthcare workers. The government’s stated purpose for provisions within the Bill are to respond to concerns about security in relation to the situation in Syria and groups like ISIS. Whilst the Government rightly seeks to protect its citizens from harm, there is a danger that further laws will affect the ability of particular groups to work for change abroad and/or practice their religious beliefs in the UK.

Muslims are concerned for the security of their country

British Muslims in general are keen to live peacefully with all other communities in Britain. It has been established that the vast majority of the terrorist attacks in the UK in the last few years have nothing to do with Islām. However, they refuse to attribute terrorism to Islām and they also refuse to link normal Islamic practices to terrorism.

What is the counter terrorism bill?

We urge all Muslims to visit www.stopthebill.co.uk for all the latest information regarding this bill and to join the #StoptheBill campaign. The bill has 5 main parts:

Powers to seize passports if the government suspect that a person is leaving the country in support of a ‘terrorism related activity (TRA)’. This assumption will affect aid workers, in particular Muslim charities, who are trying to get aid into countries such as Syria. It also includes a temporary exclusion order. Any individual suspected of being involved in a terrorism related activity abroad can be prevented from entering the UK for up to 2 years, effectively leaving the individual stateless. This will likely have implications specifically on Muslims, as the government seems to turn a blind eye to other individuals who leave the UK to fight for the army of their country of birth, such as soldiers in the IDF.

This section introduces a range of new measures including relocating people away from their homes and communities. Any individual suspected of extremism can be taken away from their family.

The government is seeking power to intercept communications such as emails and messaging, raising grave concerns related to breach of privacy.

Airlines and carriers are forced to adopt an ‘authority to carry’ scheme which can effectively enforce ‘no fly’ lists on entire nationalities.

5) RISK OF PEOPLE BEING DRAWN INTO TERRORISM

This is the part of the bill which is most concerning and possibly damaging to Muslims in the UK. This promotes the government’s much-criticised PREVENT scheme in becoming a statutory requirement for specified authorities including police, councils, health and social care. If authorities fail to follow orders, the government can enforce. For example, they can take a university to court for not banning a particular speaker. The statutory duty will have a particular impact on faith-based schools, especially those that are state aided. The broad term “extremism” and “British values” offers little in the way of practical guidance, and may conflict with the faith ethos.

This last point has been aimed at ensuring that Muslim scholars do not preach true Muslim values. Informing the Muslim community of their duty to pray, the necessity of hijab, unlawful things in Islām such as homosexuality will be considered as extremism. Anyone who preaches such things will be stopped from speaking.

What must we do?

Muslims are obliged to take all means to protect their Deen.

In light of this bill, which has been fast tracked through parliament in order for it to be approved as soon as possible, there are steps that each one of us must take. The bill is currently at its third reading. There is still an opportunity to stop it or at the very least amend it so that it does not impact our ability to follow and practice Islām freely.

– Rely on Allāh to help us as is mentioned in the Qur’ān.

“and put your trust in Allāh if you are believers indeed.”[9]

“And there is no victory except from Allāh. Verily, Allāh is All-Mighty, All-Wise.”[10]

– We must be united amongst ourselves.

Allāh states in the Qur’ān:

“And hold fast, all of you together, to the Rope of Allāh (i.e. this Qur’ān), and be not divided among yourselves, and remember Allāh’s Favour on you, for you were enemies one to another but He joined your hearts together, so that, by His Grace, you became brethren (in Islamic Faith), and you were on the brink of a pit of Fire, and He saved you from it. Thus Allāh makes His Āyāt (proofs, evidences, verses, lessons, signs, revelations, etc.,) clear to you, that you may be guided.”[11]

– Each one of us must understand the bill and the implications on Muslims and non-Muslims alike. Educate family members and colleagues. A dedicated website and campaign has been set up which all Muslims must visit at www.stopthebill.co.uk

– Any petitions related to preventing the bill from coming into effect should be signed. The more Muslims that voice their opposition to the bill the better chance we have to stop it.

– Send letters and emails to your local MP. It is the MP’s that will be voting on the bill. Therefore we must lobby our MP’s to ensure they vote against the bill.

– Participate and assist groups that are working to prevent this bill.

– And we must make duʿā’ and pray that Allāh helps us to overcome this bill, and allows us to continue to practise our religion peacefully. As Allāh mentions: