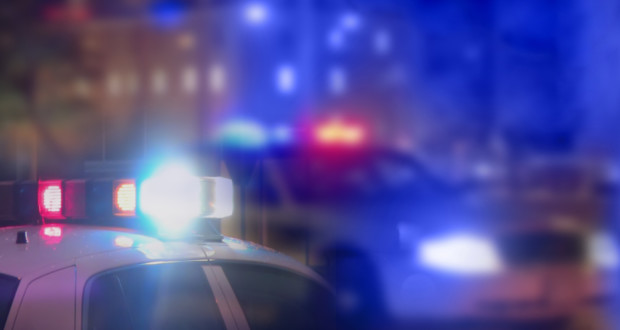 Sudesh Amman has been named by police as the man who carried out the knife attack in Streatham, London. Amman said he wanted to be from the “martyrs”.

In May 2018, Amman was arrested by armed officers who suspected he was planning an attack. In November that year, he pleaded guilty and was convicted for terrorist literature.

Amman reportedly sent videos of beheadings and asked his ‘girlfriend’ to “take a knife [to]…attack the tourists (crusaders).”[1] This is not too unusual for someone who believed that the Islamic State (IS) was “here to stay” (which it wasn’t) and considering the modus operandi of previous IS attackers in London. Perhaps the media got it wrong: practicing Muslims don’t – or shouldn’t – have girlfriends. Odd but not impossible. Amman had also asked if he could have a knife delivered to his girlfriend’s address.

Three of the manuals Amman was convicted of owning were about knife fighting, including one entitled Bloody Brazilian Knife Fightin’ Techniques. Amman was fascinated by blades and their capabilities.

It is reported, before his arrest in 2018, that Amman preferred the use of knives over bombs and pondered as to whether he could actually hold his ground if challenged by police. One of his stated wishes was to become a “shuhada”. It’s unlikely that this use of the plural for martyr in Arabic meant he had a multiple personality disorder, and more likely that he did not  know the word in its singular form, “shaheed”. Again, ignorance of religion is not uncommon among such people.

Either way, Amman’s actions on Streatham High Road will not be remembered with courage or bravery when measured against the very beliefs he claims to have professed.

Amman was released from prison on 23rd January but was under “active police surveillance” at the time of the attack. Armed officers had literally been following him when he entered a shop on the main road and started his stabbing spree, after which he left and stabbed another woman.

An eye-witness said he “heard a woman,[2] who was with a baby in a pushchair and two young boys, scream and saw her being stabbed. A man then walked past carrying a knife the size of his forearm.” Seeking death while trying to murder a mother with her baby is not martyrdom; it is amongst the ultimate acts of cowardice.

Within minutes, armed officers were on the scene and Amman lay dead in the street.

Like his forebears who carried out knife attacks on London Bridge in 2017 and 2019, Amman also wore a fake suicide vest. Like them, he wanted to die at the hands of the police and achieve his “martyrdom”. Like them, his actions will stand in sharp contrast to the bravest and noblest companions of the Messenger of Allāh.

It is related in the Seerah of Ibn Hisham that at the battle of Uhud, the Messenger of Allāh (sall Allāhu ʿalayhi wa sallam) exhorted the Muslim army to fight by offering his sword to the most worthy companion by asking, “who will take this sword and give it its right?”

Great warrior-disciples like Umar ibn al-Khattab, ‘Ali ibn Abi Talib and Al-Zubair ibn al-’Awwam – who had received glad tidings of Paradise for their sacrifices for Islam – hoped they would be chosen to wield the blessed blade. But it was the less well known Samak ibn Kharsha (Abu Dujana) who was entrusted with the honour of fighting with the Prophet’s sword,[3] after promising to use it to strike the enemy “until it bent.”

Al-Zubair said that he observed Abu Dujana during the battle and saw that every soldier that stood before him fell to the powerful strokes of his sword. Then, in the thick of the battle, Abu Dujana encountered a woman who was inciting her army to kill Muslims and mutilate their bodies. She was an avowed enemy of Islam who had lost her father and brother at the earlier Battle of Badr.

Just as he raised his sword to strike her, Abu Dujana held back his hand and said, “I respect the Prophet’s sword too much to use it against a woman.” The woman was Hind bint ‘Utbah, the wife of Abu Sufyan who was leading the Quraish army against the Muslims. At the end of the battle, Hind personally mutilated the Prophet’s beloved uncle, Hamza ibn ‘Abdul Muttalib, after having him killed in battle.

There have been several cases around the world where people claiming to act in the name of Islam have attacked defenceless women. Perhaps they do not know the story of Abu Dujana and Hind, or perhaps they do not care. Either way, such people need to be reminded and challenged whenever possible. Thus, we do not tell these stories to appease a government that has perpetuated wars and laws on terror for years but because it is an Islamic obligation to present guidance for our youth. We must show them that Islam holds the solutions for the very societies that often shun them.

In the meantime, we must resist the government’s attempts to pass more laws and measures that span a cycle of two failed decades of anti-terror laws. We must ask politicians and lawmakers fundamental questions about why, despite these laws and wars, police chiefs say we are less safe than ever and why we face growing threats of politically motivated violence. They must tell us exactly how many laws related to violent plots, laws such as Prevent or Schedule 7, have been instrumental in Britain. They must explain why the multi-billion pound anti-terror industry cannot solve the problem, whether its a Conservative or Labour government.

Nonsensical and inaccurate polygraph tests and wholesale collective punishment of those convicted for non-violent terrorism offences – such as writing poetry, publishing books, downloading documents, or failure to provide a password for your phone at an airport despite not being under arrest – can only escalate the problem. That should have been the lesson learned from four decades of counter-productive terrorism legislation in Northern Ireland.

Knife attacks plague Britain’s cities almost on a daily basis. As a result, there is a national conversation about dismantling the causes of knife crime. That conversation needs to continue and grow in a sober and level-headed way even when the knife crime relates to terrorism.

Previous: Turkey retaliates after five soldiers are killed in Syrian regime shelling
Next: Quranic Community #12 | Who brought the False Report to the Prophet?