The Deafening Silence of Muslim Nations 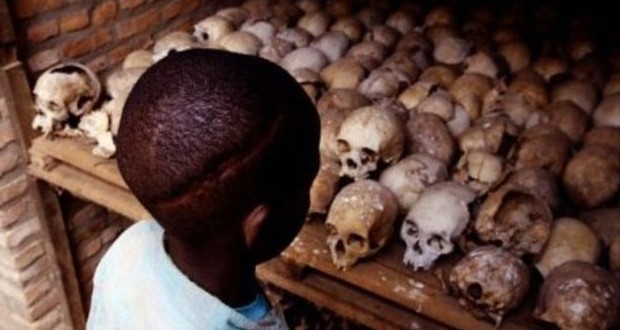 Crisis is defined as a time of intense difficulty or danger, something which does not discriminate by gender and is not measured by race or religion. Land grabs, displacement, carnage and killings. So many people the world over are suffering in the midst of crisis, many of whom we rarely see or hear about. Puzzled about why I so fervently follow the country, people often ask me where it was and when it was that my interest in the Central African Republic came about.  But witnessing the images of devastation and scenes of violence, just over two years ago, how could I not be? I was shocked by what was taking place and could not understand why we heard so little about it and why so few were asking questions.

An unprecedented level of conflict with devastating consequences was and is taking place in the country. Taking place in front of our eyes, it was not on the front covers of the newspapers nor was it to be seen as a featured headline on our Television screens, the crisis was met with little international outrage and even less activism. Brutal killings were taking place, and innocent lives continued to be lost but few people knew of what was happening and even fewer placed the country as a point of interest. Attaining the name ‘The Forgotten Crisis’ was no coincidence.

The international response to what took place and what continues to take place is both a travesty and injustice. Images flooded in around two years ago now of Muslims taking refuge at the m’Poko international airport in Bangui awaiting any assistance coming their way, fleeing bloodshed and mass killings in the streets. The deafening silence of Muslim nations around the world opened my eyes to the realities of this world. There were no protests or load jeers, no petitions or call for change. Thousands of innocent Muslim men, women and children were killed, many fled to neighbouring countries such as Chad and Cameroon whilst others were displaced. One in four people in CAR have fled their homes and those now remaining inside the country are trapped inside enclaves they cannot escape.

In 2014 I travelled to meet some of the 450,000 refugees who fled CAR, meeting them along the Chadian borders in displacement camps hosting thousands. As I met refugees, they told me torturous stories of how they lost their loved ones, and the attacks that have been taking place.  Young Mahammat told me how he fled with his family losing his father to the Anti-Balaka militia, Mahamat was traumatised by his experience, witnessing the killing of his father. He now lives in a refugee camp on the southern Chadian borders with his brother and mother. Businessmen and women, teachers, wives of politicians all living in displacement camps, this was not a story of famine and poverty; those I met inside the camps were individuals and families who fled for their lives attacked for no reason other than being a persecuted community. Muslims in the Central African Republic were traders, cattle herders and businessmen. Many owned mines in the mineral rich country – a comparatively wealthy and growing minority in the predominantly Christian country.

In March 2013 the mostly Muslim Seleka rebels seized power ousting President François Bozizé.  The Muslim led coup and the violence that came with it prompted a backlash in the country from a vigilante Christian group known as the Anti-Balaka – A group responsible for what has been called “ethno-religious cleansing” in CAR. Muslim men were publicly lynched by the Anti-Balaka in incidents where Central African army soldiers have been complicit. Gruesome images are stuck in my mind of street lynchings leaving blood trails on the roads. For those Muslims who still remain in the landlocked country, the battle for their health and safety remains, responding to the crisis with a level of patience rarely seen. Speaking to Human Rights workers in the country, Muslim Central African Mamadou Lya, responded to Christian Anti-Balaka attackers who threatened to kill him saying “Death is for everyone, even if you kill me, you’ll also die”.

In a report released in the summer of 2015, Amnesty International documented the ‘ethnic cleansing’ and forcible conversion to Christianity of Muslims, saying that those who would not convert were killed.

“They are not allowed to express themselves as Muslims; if they are outside the enclaves, they cannot pray [or] dress in any way that identifies them as Muslim,” said Joanne Mariner, senior crisis response officer Amnesty International.

More than 6,000 people have been killed since the crisis began and the rubble remains from torn down masjids as the Anti-Balaka militia continues to roam the streets. The Muslim community of CAR has suffered greatly in this recent conflict and continues to be persecuted, as their identity is sought to be wiped out and their presence in CAR removed by the Christian and Animist militia. Many Christians also live in fear and sexual violence in the country has affected both Christian and Muslim communities. This week the UN revealed it has new allegations of sexual abuse by European troops including a seven-year-old girl and a nine-year-old boy who said they were abused by French troops. Earlier this month it was revealed that at least four U.N. peacekeepers in the Central African Republic allegedly paid girls in exchange for sex. The abuses took place at what is now a mostly Christian camp in the capital – currently home to around 20,000 people. The m’Poko camp is situated just yards from the airport runway in the country’s capital and in this camp a prostitution ring run by boys and young men, offered girls to soldiers and other men. Human Rights Watch documented numerous other cases of sexual violence between September and December last year in and around the displacement camp. In several instances, Christian women were raped by members of the Anti-Balaka militia after being accused of interacting with Muslims. These are not the only cases of sexual exploitation and abuse with the UN accused of 22 other incidents in the past 14 months.

Violence and abuse is rampaging in many parts of CAR as the lasting effects of the recent conflict surface – nearly half of the population in the country currently live in hunger.

“Conflict, violence and insecurity are huge factors in pushing communities into hunger.  In the Central African Republic, farmers cannot work their fields and nearly one million people have been displaced from their homes.  This affects food production and drives up the prices of what little food is still available on local markets, pushing millions over the brink.” – Gregory Barrow, World Food Programme.

A doubling in the number of hungry people in just a year’s period and the failure to act in CAR and stabilise the situation has seen a country continually exploited by corruption moving rapidly in a downward spiral. The UN programme in the country has put “the credibility of the U.N. and peacekeeping operations… in jeopardy.” And the International Rescue Committee has said CAR will become the case study of a failed state, if action is not taken to alter its current path. Recent elections may have a man at the top in the midst of this crisis but without drastic action and significance given to CAR on an international platform little will be done to stop the abuses suffered by vulnerable communities in the country. We cannot forget the Muslims in CAR residing inside enclaves for their bearing is just like any other crisis in the world, one for which our limbs should ache at the sight of.