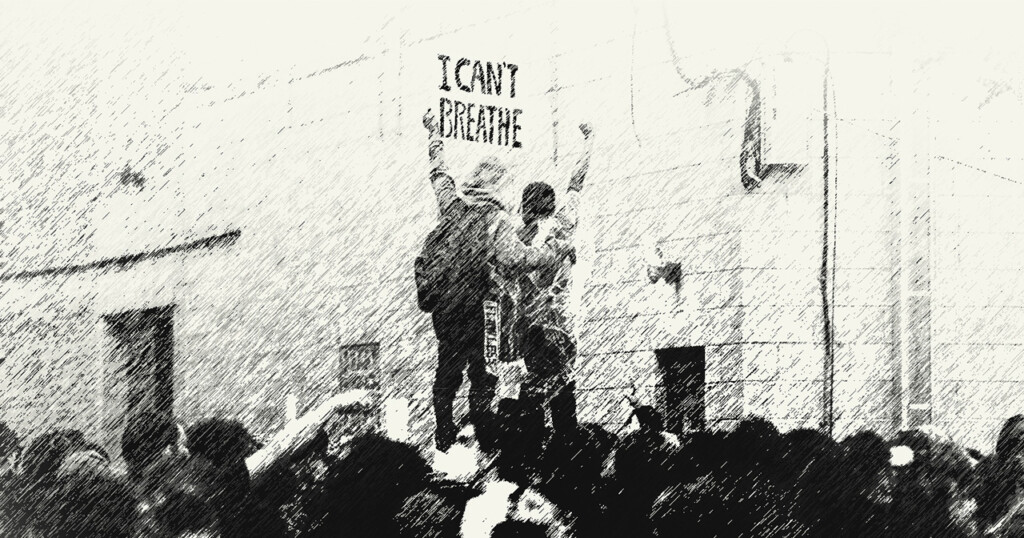 The racist murder of George Floyd at the hands of four officers from the Minneapolis Police Department, one of whom (Derek Chauvin) knelt on his neck for nine minutes whilst he pleaded for his life on camera, has sparked ongoing protests across the US under the banner of Black Lives Matter. Unfortunately, this is not a new story, as far too many African Americans have been killed at the hands of US law enforcement in recent years.

In response to the racist murder, media and political spin machines have gone into overdrive in an attempt to present the killers of George Floyd as “bad cops” and “bad apples” that do not represent wider US law enforcement. US National Security Advisor Robert C. O’Brien went onto CNN and attempted to separate the four officers involved in the murder of George Floyd from the rest of US law enforcement by claiming:[1]

The “bad apples” narrative has a long history and has been deployed numerous times to underplay the extent of racism. It was famously deployed in the 1981 Scarman Report on the London Brixton riots, which pointed to a few “bad apples” at the heart of the unrest between the Metropolitan Police and the African Caribbean community. It wasn’t until the 1999 MacPherson Report into the racist murder of Stephen Lawrence that racism as a result of institutional police policies and practices, rather than a few “bad apples”, was acknowledged in the UK.

Given the cold, heartless, and casual manner in which George Floyd was murdered on camera with an officer’s knee on his neck, it was necessary to deploy the “bad apples” narrative to defend the police against accusations of an institutionalised culture of racist police brutality, by building a different official position to one that is typically deployed (‘the officer feared for his life’). Police officers across the country, from Flint, Ferguson, to Miami also used the narrative in confrontations with protestors by taking a knee to show, as well as speaking with,[2] protestors to separate Derek Chauvin and his fellow officers from the rest of US law enforcement (and then picking up their batons and tear gas again). As if to emphasise the point, media outlets reported on the history of complaints against the four officers (24 in total)[3] to paint them as rogue officers.

Denial, and a desire to project a positive image, are common reactions when faced with accusations of racism. C. Wright Mills (2003:190)[4] argued that in making the case for racial equality people of colour would have to overcome ‘structured white ignorance, motivated inattention, self-deception, historical amnesia, and moral rationalization’. McIntyre (1997)[5] labelled this ‘white talk’, a series of strategies including: derailing the conversation, evading questions, dismissing counter arguments, withdrawing from the discussion, remaining silent, interrupting speakers and topics, and gravitating towards individualistic definitions of racism. An appeal to a few “bad apples” to explain the racist murder of George Floyd is illustrative of exactly this tendency: an attempt to deny and hide racism as a deliberate system of oppression and to instead foreground a view of racism as the product of a handful of bigoted individuals on the margins of society. It is an attempt to protect the image of western society as an enlightened progressive example to the rest of the world from accusations of endemic systematic racism that would sully that reputation.

The denial of racism even extends to George Floyd’s autopsy report,[6] which states that he died ‘shortly after’ (and therefore not as a direct result of police conduct, which separates the incidents) being restrained by police. Instead the report by the Hannepin County Medical Examiner claimed: ‘The combined effects of Mr. Floyd being restrained by police, his underlying health conditions and any potential intoxicants in his system likely contributed to his death’ – not strangulation or asphyxiation. The family disputed the report and ordered an independent autopsy which found that his death was a ‘homicide caused by asphyxia due to neck and back compression that led to a lack of blood flow to the brain.’[7]

Another way to make sense of the sheer number of African Americans being killed by US law enforcement, beyond individual “bad apples”, is to see officers like Derek Chauvin as a product of endemic normalised racism in mainstream American society that is expressed and practiced by its institutions (something that can be observed, for example, in the disproportionality of African Americans in all areas of the criminal justice system).[8] Racism has persisted for centuries exactly because it is embedded into the socioeconomic, political, and cultural fabric of society. This view extends an analysis of racism from sensationalised acts of violent racism to the mundane everyday aspects of it that produce racist outcomes in all areas of black life. It is precisely because racism is normalised in mainstream society that officers can accumulate a long list of complaints and continue to serve in their roles. There is seemingly nothing out of the ordinary.

The ongoing denial of racism is why the slogan, “Black Lives Matter!”, and the movement behind it, is so important. It is an attempt to jolt western society out of a culture of denial about racism and force it to confront this reality. In doing so, it is forcing western society to confront the truths about itself that it wants to ignore because what we choose to see and ignore are political decisions with life changing implications.