The life & death of the murdered Sheikh Abdul Hadi Arwani 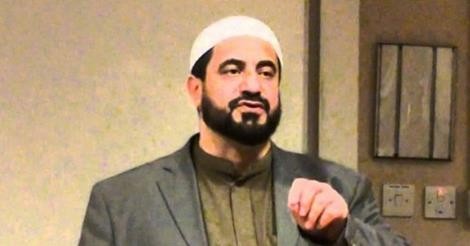 All praise is for Allāh, Lord of the Worlds, who ordered us to follow His Messenger (sall Allāhu ʿalayhi wa sallam) and to call to His Way, and may Allāh send praises and blessings of peace upon our Prophet Muḥammad, and upon his family, his companions, and those who truly follow them until the Day of Judgement.

Calling to Allāh (al-Da’wah ilallāh) is the way of the Messenger (sall Allāhu ʿalayhi wa sallam) and his followers, as Allāh, the Most High, says:

Say, O Muḥammad (sall Allāhu ʿalayhi wa sallam): This is my way, I call to Allāh (i.e to the testification that none has the right to be worshipped except Allāh, alone, with no partner) upon certain knowledge – I, and those who follow me. I declare Allāh free and far removed from all that they associate as partners with Him, and I am free of those who worship anything else along with Him.[1]

Indeed calling to Allāh was the mission of all the Messengers and their followers, in order to bring the people out of darkness and into light, from unbelief (kufr) to true Faith (īmān), from shirk to tawḥīd, and from the Fire to Paradise.

The Sheikh graduated with a B.A. Hons from the Faculty of Sharī’ah in Jordan and specialised in the field of Qur’ān, Usūl al-Fiqh and Fiqh.  He was a specialist in Hanafi Fiqh and had taught al-Ikhtiyār and Nūr al-Idah over the last 3 years in concentrated study circles based in Slough and West London. In recent years he had taught Ibn Hajar’s Bulūgh al-Marām (the attainment of the objective according to the ordinances of the sharī’ah), Sahīh al-Bukhāri and ‘Ulūm al-Qur’ān. Listen to the recitation of the Sheikh below:

He lived in Syria under the rule of Bashar al-Assad’s father Hafez al-Assad, when he massacred 40,000 Muslims in 1982. During that time he saw his family suffer under the al-Assad regime and barely escaped with his own life.

In a talk he did a couple of years ago he spoke for the first time about the Hama Massacre instigated by Hafez al-Assad and how he had witnessed it as a teenager, recollecting how his close friends were killed before his eyes. He also cried as he recalled how he was forced to kiss Hafez al-Assad’s picture to escape death as a twelve year old boy. Below is a lecture he has given recently on the reality of life in Syria:

The sheikh had many students whom he benefited;

“The sheikh had been my teacher since the age of 12; in fact in was one of his Friday sermons that first made me return to the Qur’ān and start studying the religion.  Words cannot express the piety, dedication and knowledge of this man. I would go so far as to say he has been a second father to me. May Allāh shower His blessing and mercy on the esteemed sheikh and rejoin us in Janat-Al Firdous.”[2]

The sheikh leaves behind three sons and three daughters who have the support and testimony of thousands to their father’s piety and goodness.

The following is a press statement released yesterday by the family of the Sheikh:

Peace and Blessings Upon you all.

As many of you will already know, my late father Abdul Hadi Arwani was found dead with gunshot wounds to his chest, in his car in Wembley at 11:15am yesterday. May he rest in peace. He leaves behind a loving wife, myself and five other children, distraught friends and family and a congregation that loved him as much as he loved them.

My family and I have been in a state of shock ever since we learned of this terrible news. We have not slept and our minds are a blur as to what happened and why.

The police are currently investigating this brutal murder. As an individual, a family and a community, we are helping the police to solve this heinous crime. Any information we have has and will be passed on to them and we urge anyone with any information to please please please do the same. To members of the public that knew my late father and even those of you who didn’t know him, please tell us what you know. We know that it won’t bring our father back to us but it may help to deliver justice to those who killed him.

My father was a very well loved figure in West London. He was the most peaceful man you could ever wish to meet. He just loved to help people. He did not care what your background, race or status was. He did not care if you were rich or poor. He just wanted to help people in need. It has only been 24 hours since his death and yet we have received hundreds of messages from individuals testifying to how he had helped them personally or helped them get a job or helped members of their families. He never asked for a reward for what he did.

He was an old fashioned man who thought love and understanding could cure all of the world’s ills. He was always smiling and joking with everyone he met. He showed so much love to his congregation and to his community as an Imam and a loving father to us,his six children. I don’t know how we will cope without him.

My father was actively involved in the fight against extremism, campaigning for peace and advocating the importance of democracy and freedom. He loved the idea of freedom for all, regardless of religion, race and background. He spoke up and out against the crime of terror and oppression wherever he found it. He was an advocate of peace for all and he showed us this in the way he lived his life from day to day. I saw the way he communicated with people of all different backgrounds, how he befriended them, showed them love and always left them smiling.

I do not wish to comment on the ongoing investigation but would like to take this opportunity to dispel some of the incorrect information that is appearing in various media outlets. So please note that my father was a British Citizen who loved the people of his country. He was at one time the imam of the An Noor mosque in Acton until early 2011. At that institution, he was the voice of reason and transparency; A peaceful man in a violent world.

Since early 2011, he has been concentrating on his own business, helping the community, teaching and advising his students and anyone who came his way. His only crime was to never say no to anyone in need. I am and will forever remain, so proud of him and all that he achieved.

This was a heinous crime that robbed our community of one of its most valuable assets. My father was an inspiration, not just to me, but to his students and friends who had the honour of knowing & spending time with him. At this difficult period of time, my family and I would like to respectfully request that you allow us some privacy so we may grieve and mourn our late father in peace.

As stated above, we are all co-operating with the police investigation and we hope and pray that the perpetrators of this crime will be apprehended and bought to justice and that my late father can rest in peace.

Thank you for your understanding.

And upon this we end with the authentic  narration on the authority of ʿAbul-Aswad (raḍiy Allāhu ʿanhu), who said:

We ask Allāh to shower His mercy upon the sheikh, and envelope His family in the best of patience.

The above was compiled from the students of Sheikh Arwani (rahimahullāh).

Share. Facebook Twitter LinkedIn Email Telegram WhatsApp
Previous ArticleTo be or not to be: a 21st-century Rabbani
Next Article How do Prophets respond to anti-Islam arguments?