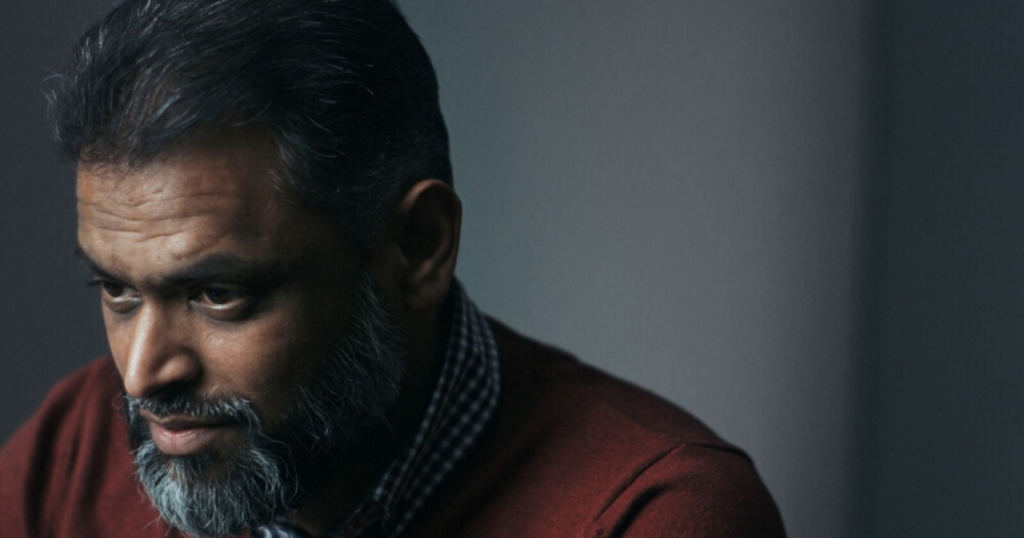 I can’t say I was excited when I read the news earlier this week that former Pakistani President and army General, Pervez Musharraf, was sentenced to death for high treason.

During my time as a prisoner of the US military in Guantanamo, I was told that I could be facing execution if I failed to co-operate. Although I’d neither been charged with a crime nor faced any prosecution, US interrogators told me that execution chambers were being built and that justice would be swift. Two decades later, not a single Guantanamo prisoner has been convicted for the 9/11 attacks.

When this news reached my family in Britain,[1] it had a devastating effect. My wife, who had given birth to my youngest child five months after I was detained, was almost paralysed with fear for days. My father, may Allāh have mercy on him, who had at one time been an ardent supporter of Musharraf, redoubled his efforts to fight for my release.

My father was the son of a captain in the British Indian Army who fought in World War II, later migrating to Pakistan after the partition of India. Our family tree goes right back to the period of the last Mughal emperor. It states: “Mirza Abdul Raheem Begg was an officer in the army of Aurangzeb.” In a sense, I was brought up with great respect for the army.

I had grown up loving Pakistan. I’d lived in Karachi, Sargodha, Lahore, and Peshawar. I’d traversed the breathtaking Karakoram Highway and travelled from the beautiful city of Muzaffarabad, witnessing the jaw-dropping magnificence of Gilgit and the Hunza Valley. But, I also saw the ugliest side of Pakistan and it was all under the rule of General Pervez Musharraf.

In the summer of 2001, I travelled with my family to Kabul to work on a project building a girls’ school in Taliban-ruled Afghanistan. Shortly before the US-led invasion, we evacuated and fled to Pakistan, taking up residence in Islamabad where we awaited the end of hostilities.

At midnight on 31st January, 2002, I was about to turn in for the night when the door-bell rang. When I opened the door, I didn’t realise it would be the last time I’d see my wife and children for the next three years.

The details of what happened next are well documented.[2] Suffice to say that I was shackled, hooded, abducted, and disappeared at gunpoint by Pakistani ISI and US CIA agents, taken to a secret prison where I was held for three weeks. I witnessed prisoners being beaten mercilessly.

The Pakistanis said they knew I’d done nothing wrong but they had “no choice” and that it was all because of American threats to “bomb Pakistan into the Stone Age” [3] if they didn’t cooperate – something Musharraf later confirmed.

But it wasn’t just the threats; money had something to do with it too. Shortly after my release from Guantanamo, I wrote Enemy Combatant. Not long after that, my publishers, Simon and Schuster, published Musharraf’s memoir, In the Line of Fire in which he responded to criticisms that Pakistan wasn’t doing enough to fight terrorism:

“Those who habitually accuse us of not doing enough in the war on terror should simply ask the CIA how much prize money it has paid to the government of Pakistan.” [4]

My family began ‘habeas’ proceedings in Pakistan on my behalf straight after I was taken. A judge even issued an order to the Ministry of Interior instructing me to be released or brought to court. It replied with a sworn statement that I was not in their custody. Of course I wasn’t; they had already handed me over to the Americans.

Around half of the 779 prisoners who were sent to Guantanamo were detained by Pakistan and were handed over to the US without any legal process. The procedure known as “extraordinary rendition” was a euphemism for abduction, false imprisonment, and torture, and Musharraf was happy to get paid for it. What he didn’t realise, however, was that he’d sealed a terrible fate for his country.

Pakistan allowed America the use of its airspace and soil to launch cruise missile and aerial strikes into Afghanistan killing thousands. It has led to the longest war in US history.

The war gave rise to the Pakistan Tehreek-eTaliban (PTT) and other groups which carried out attacks against the army as well as civilians in retaliation for military incursions and drone strikes in the tribal region. Tens of thousands were killed. As a result, Musharraf introduced emergency rule in which he seized power,[5] suspended the constitution and elections, arrested Supreme Court judges, and banned the media from publishing anything that criticised him or the military. These are some of the reasons why Musharraf was convicted for treason this week.

In my mind, however, Pervez Musharraf has yet to stand trial for what he did to people like Amina Masoud Janjua.[6] She has been fighting to locate her husband who disappeared in Pakistani military custody in 2005 and has not been heard of to date. Musharraf was also responsible for the fate of Aafia Siddiqui’s 5-year disappearance in 2003 in Pakistani custody only to resurface in Afghanistan facing dubious charges of attempted murder and a subsequent 86-year prison sentence in the US.

In 2010, I returned to Pakistan with Yvonne Ridley to make a film about the house I was kidnapped from. [7] We met with others who’d suffered a similar fate, including Amina and Aafia’s family. I recounted to the Pakistani press all of the abuses we’d suffered, from witnessing the desecration of the Quran to the violation of our bodies.[8] There was no escaping the role of Musharraf in all of this.

Pakistan’s former military leader will probably never return home to face his sentence, but there is a sense that Divine Justice is being carried out. I still remember the brothers’ prayers against him in the middle of the night, when nothing stirred except the sounds of crickets and the soft Caribbean breeze rubbing the barbed wired against the razor wire.

Maybe one day Musharraf will understand the power of that prayer and reflect on the words of the Noble Prophet who said:

“And fear the prayer of the oppressed for between it and Allah there is no barrier.”