The need to flee to Allāh in these times 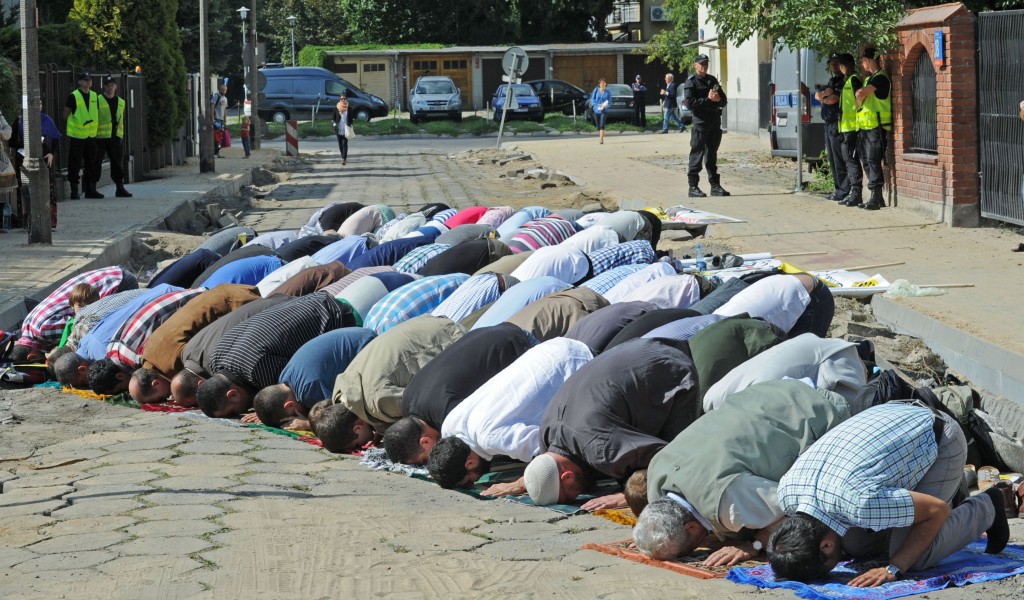 All praise be to Allāh and may His blessings be upon His prophet (sall Allāhu ʿalayhi wa sallam).

Today’s European Muslims are facing unprecedented challenges. In fact, it can be said that we are at a crossroads in terms of our future in Europe.  Islām and Muslims will either continue the successful journey of positive integration with their wider societies, or be forced to assimilate and lose any meaningful Islamic identity.  The key question that should and has been asked by everyone is: how do we face such challenges? A variety of answers have been put forward by various Muslim leaders and organisations throughout the years to enable Muslims to stand up to these challenges. However, there is a dangerous tendency to forget or undermine the most powerful tool in responding to any challenge: the receipt of help from Allāh.

We sometimes try to search for help from individuals, systems, laws, campaigners or even politicians, yet simultaneously forget to seek help from the Lord of all of these entities. It is true that Muslims are indeed commanded to make the material preparations for their battles — whether these battles are ideological, physical, emotional or moral. Allāh says,

“And make ready against them all you can of power, including steeds of war to threaten the enemy of Allāh and your enemy, and others besides whom, you may not know but whom Allāh does know. And whatever you shall spend in the Cause of Allāh shall be repaid unto you, and you shall not be treated unjustly.”[1]

Yet, the main preparation which underlies all others, when facing any challenge, is to return to Allāh:

“And seek help through patience and prayer, and indeed, it is difficult except for the humbly submissive [to Allāh].”[2]

We need to return to Allāh by establishing His lordship in all matters; He is the master of the universe, He is the creator of everything and He is the only provider.  We must glorify Him as He should be glorified, establish His majesty over the creation and exalt Him as He should be exalted. Once we do this, we actualise and prove our claim that He is the most beloved and most feared.  Going back to Allāh also means to re-establish our love for our Prophet (sall Allāhu ʿalayhi wa sallam) and take him as our leader in all our affairs:

“Say, [O Muḥammad], ‘If you should love Allāh, then follow me, [so] Allāh will love you and forgive you your sins. And Allāh is Forgiving and Merciful.’”[3]

It is an established divine rule that Allāh afflicts different people with different calamities in order to remind them of the reality of this life, that they may either return to Allāh or establish a damning proof against their own selves.

“And We tested them with good [times] and bad that perhaps they would return [to obedience].”[4]

“Every soul will taste death, and you will only be given your [full] compensation on the Day of Resurrection. So he who is drawn away from the Fire and admitted to Paradise has attained [his desire]. And what is the life of this world except the enjoyment of delusion.”[5]

Allāh says in the Qur’ān,

“And We sent no Prophet unto any town (and they denied him), but We seized its people with suffering from extreme poverty (or loss in wealth) and loss of health and calamities, so that they might humble themselves (and repent to Allāh).”[6]

We should be very cautious how we act in response to calamities. Let Muslims not be as those whom Allāh condemned in the Qur’ān, when He said:

“When Our Torment reached them, why then did they not believe with humility? But their hearts became hardened, and Shayṭān (Satan) made fair-seeming to them that which they used to do.”[7]

This is a reminder for all European and British Muslims in particular to renew their relationship with Allāh and to go back to him in repentance.

“And turn to Allāh in repentance, all of you, O believers, that you might succeed.”[8]

All Muslims should learn more about their Deen in order to know what they should and should not do. As a result, they will be able to turn to Allāh who will bring victory for us all.

In fact, worshiping Allāh When turmoil is rampant and society is plagued with fitnah, confusion and trails is a merit of great eminence and the rewards of doing so have been likened to the astronomical reward of making Hijrah (Emigration from Makkah to Medīnah) when such migration was obligatory. Maʿqil b. Yasar (raḍiy Allāhu ʿanhu) reported: The Messenger of Alllāh (sall Allāhu ʿalayhi wa sallam) said, “The reward of worship performed at a time of trials is equal in reward to an emigration to me.”[9]

“If Allāh should aid you, no one can overcome you; but if He should forsake you, who is there that can aid you after Him? And upon Allāh let the believers rely.”[10]