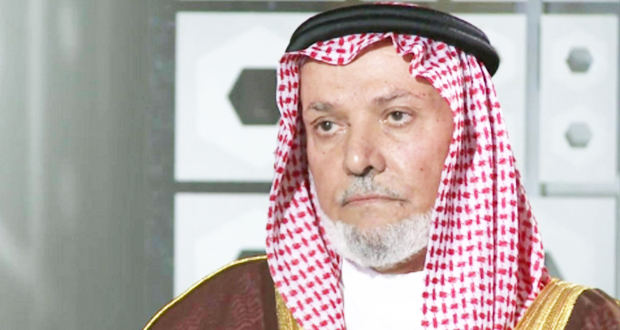 For the Ummah to lose a great scholar and influential figure in times of strength and resilience is of the greatest of calamities. How is it then for the Ummah to lose such a leader in its most traumatic times and when it needs them most? A time characterised by division, weakness and the gathering of nations around it as they gather around a plate of food.

In these difficult times, facing the generality of the Ummah and in particular Iraq, the news of the death of ‘the Lion of the Sunnah’ in Iraq, the Sheikh, the Mujāhid, Harith al Dari – a resolute barrier in the face of the extreme sectarian mission in Iraq, and an impediment in the face of the impending neoconservative and Islamophobic plot against the people of the land of the two great rivers.

Indeed, for every nation there is a destined term. On the morning of Thursday 12th of March 2015, Sheikh Harith al Dari passed away in Istanbul, Turkey, the Secretary-General of the Association of Muslim Scholars in Iraq at the age of 74. This comes at a time of the ever-increasing targeting of Iraq’s Sunnis, following the deeply sectarian and neoconservative coalitions that spared not a resource or means of terror in its repository to complete this malicious objective.

Our discussion about the life of Sheikh al Dari should not be confined to his courageous stances or dignifying actions, not least his struggle to serve his faith, country and nation, particularly during the calamity known as the US invasion of Iraq in 2003. Rather, light needs to be shed on the methodology he applied in addressing some of the most crucial events in Iraq’s recent past and his brave stance in front of the sectarian incursion that sought to end all Sunni presence in Iraq.

Who is Sheikh Harith al Dari?

On returning to Iraq, he worked under the religious affairs ministry as an inspector, then as a lecturer at al Imam college in 1970 before returning to Cairo to complete his masters in Ḥadīth in 1971 then went on to complete his PhD in 1978. The Sheikh continued to mentor at Baghdad University until 1997, completing 27 years of service, throughout which he lectured at Islamic universities in Jordan and the UAE, publishing several books and many research papers.

His Most Admirable Stances

Men are but known through their stances in the most difficult situations. Sheikh al Dari has many such stances, of them:

Sending Condolences to the Ummah for the Sheikh’s Departure

So if this is to whom four or even fewer testify after he dies, what then to he who receives the witness of thousands regarding his righteousness, good action, Jihād and being at the forefront in speaking the truth? Until now, these thousands of such condolences are flooding social media. The Association of Muslim Scholars of Iraq was the first to deliver these condolences to the Ummah regarding this great scholar, and through this, it was reciprocated by some of the most prominent scholars of the Ummah. We participate in sending our condolences, our supplications and our recognition of his action and contribution. Not only do reciprocated words of recognition indicate a status of a person after his death, but the happiness and gloating of his enemies from the anti-Sunni militias serves the same purpose.

Finally, and despite the magnitude of our calamity with the passing of Sheikh Harith al Dari, the goodness in this Ummah is persistent until the Day of Resurrection. The Ummah is capable of conceiving his likes, and we say not, except what pleases Allāh: to Allāh we belong and to Him we shall return. O Allāh, reward us for our affliction and replace us with something better than it. Āmīn.