The plight of your Chinese brothers and sisters 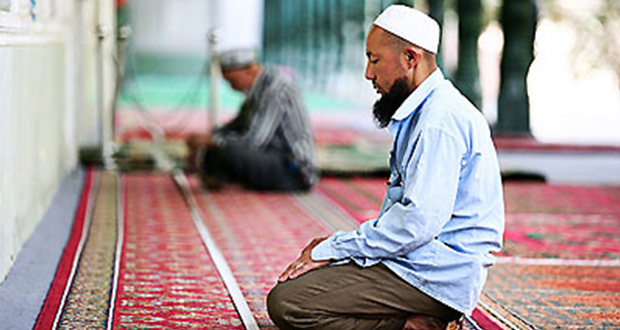 China’s massive 1.3 billion population is home to 10 million Uighurs; these are China’s biggest ethnic Muslim minority. However in recent years they have been subject to persecution by the Communist government in Beijing. The Uighurs predominantly live in China’s largest administrative division known as Xinjiang, they make up approximately 43.3% of the population in the administrative division. Over recent years they have been subject to discriminatory laws and ‘witch hunts’.

They have been subjected to accusations of “extremism” and “separatism”. Moreover, legislation passed in the region has been accused of targeting Muslims as the month of Ramaḍān is banned;[1] as well as other forms of persecution. Although this banning of the month of Ramaḍān back in July[2] is practically unenforceable, it shows just how much the largely atheist, communist party tolerate other religions.

Other bans have been introduced and it is truly disheartening to know that they, like the Sunni Iranians, are rarely mentioned and indeed, I fear that many Muslims today simply do not know because the media has not reported on it but it is most certainly our duty to do our own research and spread news of oppression inflicted by such regimes in Iran and China against innocent Muslims who are simply trying to live their lives and practice their faith in peace.

The other bans mentioned have been the prohibition of those wearing the Hijāb, niqbās, burqas or clothing with the “Islamic star and crescent symbol” from taking local buses as reported in the Karamay Daily.[3] The ban also extends to beards, which the authorities believe could be early signs of “extremism”. This, once again, shows the extent to which the authorities go to keep a firm grip on the Muslim community and the country as a whole, in order to protect the Chinese Communist parties (CCP) interests.

Indeed these restrictions of basic religious and cultural freedoms have led to an outcry from rights organisations. As Dilxat Raxit, a spokesman for the exiled World Uyghur Congress (WUC) states, these are “a typical discriminatory measure … which add to an increasing confrontation between Uighurs and Beijing”, which resulted in Uighurs retaliating by taking to the streets. They were unfortunately, but not surprisingly, met with a heavy crackdown leading to the deaths of many.

Recently, the authorities arrested 8 students of jailed scholar Ilham Tohti,[4] under charges of separatism, typically punishable by death in China. In fact, on the 6th of December, the day before the arrests, eight “people were given the death sentence for allegedly carrying out two deadly attacks in restive Xinjiang region”.[5]

The reason for such heavy and restrictive legislations and crackdowns in the predominantly Muslim region is because “China has blamed a series of violent attacks in which hundreds of people have been killed in recent years on Muslim rebels from Xinjiang”[6] whom they claim want to establish an independent state called East Turkestan. It would be of no surprise if the persecution continues becoming even more difficult for Beijing to handle.

Although the World Uighur Congress condemns the attacks that are carried out in the region,[7] this does little to nothing in terms of changing the authorities heavy handed tactics and unjust banning of simple Islamic practices. As mentioned earlier, these restrictions will make things worse for the government in Beijing, as the “ruling party is wary of religious activities which it worries might serve as a rallying point for opposition to one-party rule.”[8]

Xinjiang is not the only region where religion plays a major role in residents lives, Tibet has also been subject to restrictive laws and crackdowns in the past, once again showing the intolerance of the authorities towards other faiths as they perceive religion as a threat to their ideology.

Another example of just how oppressed these people are can be seen in the following extract:

Under Chinese law, only state-approved copies of Islamic literature like the Qur’ān are allowed. “If they catch you with a different version, a different translation, or a book from Saudi Arabia or Pakistan, you go to jail,” explained the owner of a small bookstore across the street from the Id Kah mosque, who asked not to be named.[9]

This demonstrates how the Chinese authorities are implementing a rather Iranian tactic of restricting the flow of Islamic knowledge to prevent it from becoming a threat to the state -anyone with an unauthorised book is thrown in jail, or worse.

To conclude, we need to be proactive in raising awareness. We cannot solely care for one issue just because it is covered by the media. There are millions of Muslims subjected to persecution on a regular basis and we do not even know of their situation. By Allāh it is sad to hear Muslims saying that we can only make Duʿā’ as though it is something of small value when in reality it is our greatest asset and we should utilise it as much as we can as the Prophet Muḥammad (sall Allāhu ʿalayhi wa sallam) said:

Nothing is more honourable to Allāh the Most High than duʿā’.[10]

May Allāh end the suffering of the Ummah of Muḥammad (sall Allāhu ʿalayhi wa sallam) and bring peace to the oppressed. Amīn.