The Ugly Face of Assad in Homs 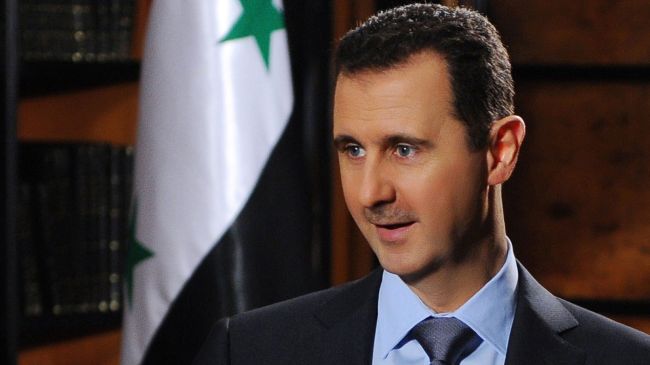 What was perpetrated at the hands of the Assad regime in the besieged city of Homs proves that this regime is following a policy of extending the conflict for as long as is possible while manipulating the international community. After pledging to evacuate the civilians in the city and to provide a safe route for their exit, the regime seized the opportunity to detain hundreds of them. This follows the deterioration of the situation in Homs, to the extent that some of its inhabitants are surviving on cats and dogs. The regime also attacked the UN convoy that surrounded the escaping civilians, in utter defiance to the international community and in total belittlement of the agreement signed at the Geneva conference.

In the second round of Geneva II, the message that Assad wanted to send was crystal clear, that he will not give up an atom’s weight of authority nor will he move an iota from his position. Everyone else must either bow to his will or beat their heads into a wall. Western governments have displayed extreme weakness in the face of the Iranian-Assad lobbyists, revealing their true intentions behind this deal that was brokered over the dead bodies of the Syrians.

What happened in Homs has exposed extreme international double-standards when dealing with humanitarian situations. The west finds no reluctance when applying austere measures in other countries under the pretext that the humanitarian situation in that country is deteriorating. As for a city like Homs, currently strangled by siege and starvation, the motives for the west are very different and Assad has been left to decide who leaves, who remains and who is detained. Assad’s regime began by refusing that humanitarian aid is delivered to Homs and insisted that its inhabitants leave and so the western governments agreed. It then insisted that the men who are allowed to leave are of a specific age group so the west succumbed to this. Then as he detained the rest, the west settled on condemnation and denunciation.

This so-called international community is part of the conspiracy against the Syrians. The way in which negotiations are being conducting with the Assad regime confirms that a solution to the satisfaction of the Syrians will never be achieved, but one to the satisfaction of the Assad regime and its allies in Tehran. The arrogance that Assad’s delegation is using in its rhetoric in Geneva is perplexing to say that least and raises huge doubts. In fact, the delegation is confident that it has sufficient backing to make gains rather than to offer concessions. Now it is demanding that the resistance be classified as ‘terrorism’ while it outright refuses any suggestions to the effect of transitioning authority. The situation in Homs is just a sample of the humanitarian crisis that the Syrians are collectively experiencing. Homs is just one of the scenarios that the regime depends on to force the resistance to offer compromises and to coerce the international community to the negotiating table.

The culprit in Geneva now seems like the victim, just as Assad and his regime yearned for. Let the world forget those hundreds who are dying under the impact of explosive barrels on a daily basis and those who are starving to death and dying due to lack of medication. This regime only wants to be seen as the hero who is here to deter “terrorist organisations who wish to target the west if victorious in Syria.” With the ‘fight against terror’ party still at its zenith, maybe this is a good time for the west to turn the tables and convince its citizens through its media whom it is convinced the new culprit is. Geneva II is nothing but an ambush for the Syrian opposition and populace, exactly as envisaged by the Syrian fighters—the only effective force on the ground long before it had initiated. Let us hope that this ‘opposition’ attending the conference realises the profound catastrophe it is facing and withdraws before it is too late.