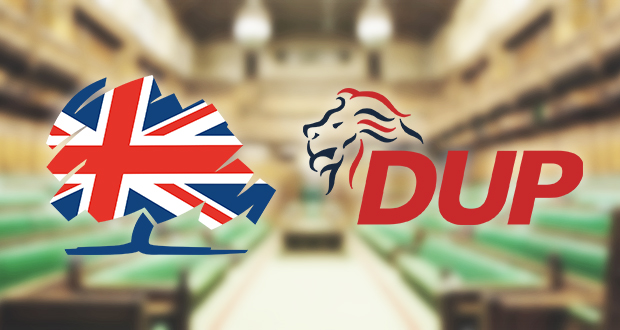 As General Elections go, for an incumbent Prime Minister calling an election to increase her mandate based on quite stellar electoral projections, this has turned out to be quite the unmitigated, undignified and unanimous failure of gigantean proportions.

This followed a most vile and contemptuous campaign against Jeremy Corbyn, which was so lacking in substance and actual policy, that it symbolised Theresa May’s extraordinary levels of arrogance and dismissiveness towards the entire electorate.  This was epitomised by a policy-starved manifesto the likes of which has never been tabled by a political party previously, together with a quite bizarre decision to not engage in debate with other party leaders.

Corbyn, on the other hand, did what comes naturally to him.  He engaged, toured, discussed, answered questions and ultimately won over people in their droves.  This has quite unbelievably led to one of the most amazing electoral ‘victories’ in modern times, resulting in an overall hung parliament.

As is electoral practice, the party in power prior to the election has the right to form a government.  However, with the Tories calling the election to seek a ‘mandate’ to lead on the discussions into the UK’s exit from the EU, surely a lack of a parliamentary majority is clearly not a mandate.  Moreover, with the Tories polling only 42% of the overall votes in the UK, they do not have any clear sort of mandate whatsoever.

However, such is the Tory desire for power, to ensure not only a hard Brexit, but also to continue the path of austerity, they are willing to sell their souls.  As this article is being penned, the Tories are in negotiations with the DUP, Democratic Unionist Party, to form a minority government.

The DUP’s, stance on certain social and moral issues, such as abortion and gay marriage, are derived from its Christian roots, one of its founders being the Reverend Ian Paisley.  These issues are the so-called ‘unsavoury’ reasons touted by commentators to keep the DUP at an arm’s length from government.

There are, however, two fundamental reasons why the DUP should not be allowed to form a supporting role for a Tory government.

Firstly, the Tories will most likely use the DUP’s support to facilitate their harmful policies such as a hard Brexit and a continuation of austerity.  This would be contrary to Northern Ireland’s majority ‘remain’ position in last year’s EU referendum.  Additionally, the UK electorate has, as a majority, rejected Tory austerity during the recent General Election.

Secondly, and far more significantly, any deal with the DUP in forming the government, will without doubt jeopardise the Good Friday Agreement for maintaining peace in Northern Ireland.

The role of the UK government together with the Irish government, as part of the Good Friday Agreement, is to be ‘neutral’ between all the political parties in Northern Ireland.  Clearly, any involvement of a political party in Northern Ireland with the UK government breaches this requirement for neutrality.  By way of a simple analogy, it is an expectation based on impartiality, that the referee of a football match between Manchester United and Liverpool be neutral.  However, this impartiality would be called into question, if one of the teams also had a significant role in the governance of the organisation which oversees referees.  Worryingly, we would not allow this for a game of football, however are seemingly willing to tolerate it in matters concerning war and peace.

The DUP have always waited in the wings to become the ‘Kingmakers’ for a future Tory government.  As such, in 2015 the DUP drafted a list of their requirements for such an eventuality.[1] That moment is now well and truly here.

Despite warnings from the Irish Prime Minister, Enda Kenny, the UK’s right-wing press remain ambivalent, as the Tories play with fire in their quest for power.[2] This is in stark contrast to their labelling of Jeremy Corbyn as a ‘terrorist sympathiser’ in engaging with certain parties in trying to establish peace in both Northern Ireland and Palestine.

It is evident that the Tories will stop at nothing in their quest for power, even if it means jeopardising peace.  Nevertheless, in the background, Jeremy Corbyn continues to prepare for that opportunity to step in and be the leader and Prime Minister he has clearly demonstrated that he can be.