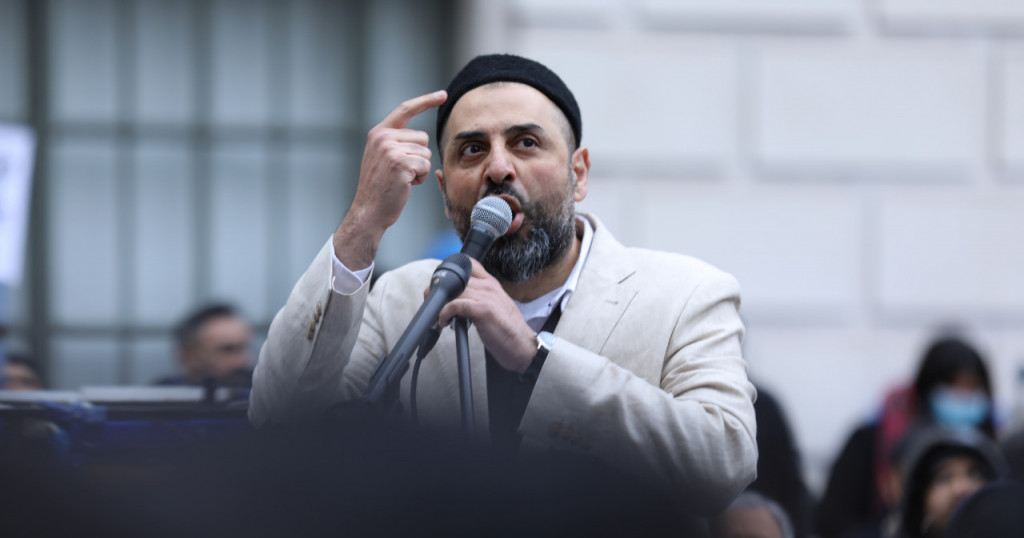 The oppressed Uyghur Muslims of East Turkestan have been in our thoughts in recent days, in the run up to the Stand4Uyghurs demonstrations in London and Manchester on 13 November 2021.

Their situation is terrible – yet there are important matters to reflect upon when thinking about their plight.

Abandoned by rulers…but not by the Ummah!

The Uyghur Muslims are very much like the Rohingya Muslims and the Muslim populations in Palestine and Kashmir, in that governments around the Muslim world have allied with their oppressors over those who are oppressed.

These Muslims have no global Muslim voice speaking for them, never mind a shield to protect them. The women dishonoured by the regime have no Muʿtaṣim billāh coming to rescue them.

The Messenger of Allah ﷺ said:

“Indeed only the Imam is a shield who is fought from behind and is protected by.”[1]

Yet, they have no Imam to protect them.

One may think that they have been abandoned. However, there is one important and notable body which continues to care for them: the Ummah. Thousands of miles away from East Turkestan, Muslims gathered in London and Manchester to demonstrate their brotherhood and solidarity.

The Ummah of Muhammad ﷺ demonstrated the truth of the noble hadith:

Between a rock and a hard place

The situation of the Uyghur Muslims is made more complicated by the fact that the major focus on their plight in the Western media coincided with a change in US foreign policy under President Trump.

For years, Muslims in East Turkestan have been subject to political oppression, racism from the Han Chinese, and an ideological war on their Islamic beliefs and practices by the atheistic communist regime. Reports of force-feeding in Ramadan, or Imams being arrested were being published and circulated before the Trump era. However, they were not so widely reported at the time.

Whereas previous administrations had chosen to cooperate with China in order to secure their interests, the Trump administration – and now the Biden administration – have been more confrontational. They use this issue as one of several sticks to beat the Chinese government.

But alongside the US, some of the most vocal governments criticising the treatment of the Uyghur Muslims include India and the Zionist occupiers of Palestine.

Their shamelessness and hypocrisy knows no bounds. It is as if these regimes want the world to forget their treatment of Islam and Muslims!

At the heart of the problem is that China’s policies are an import of counter-extremism measures invented by the US, UK, and other states in their so-called ‘war on terror’.

All seek to achieve their own domestic or international objectives by propagating the lie that the more Islamic a person is, the more of a threat they pose. They then implement oppressive policies to achieve those objectives – policies that would be unacceptable in other circumstances. The Patriot Act in the US, the Prevent strategy in the UK, and recent statutes passed in France and Austria would have been considered unacceptable in the past. Yet governments have exercised draconian powers that are not limited to one community, whilst maintaining an atmosphere of fear.

Hence, all these countries act to suppress Islamic expression through surveillance, criminalisation, re-‘education’ programmes, and various other means of oppression. In this way, they are the same in principle – only differing by degrees and in styles.

China has major political objectives in East Turkestan, which it seeks to justify with accusations of ‘terrorism’ against the Muslim population.

Central Asia is very important to China, as its ‘Belt and Road’ initiative goes right through it via the region of East Turkestan, which they call Xinjiang. The route goes via Pakistan, links to the port of Gwadar, and bypasses trade routes to the vulnerable Malacca Strait, which lies in between Indonesia and Malaysia. 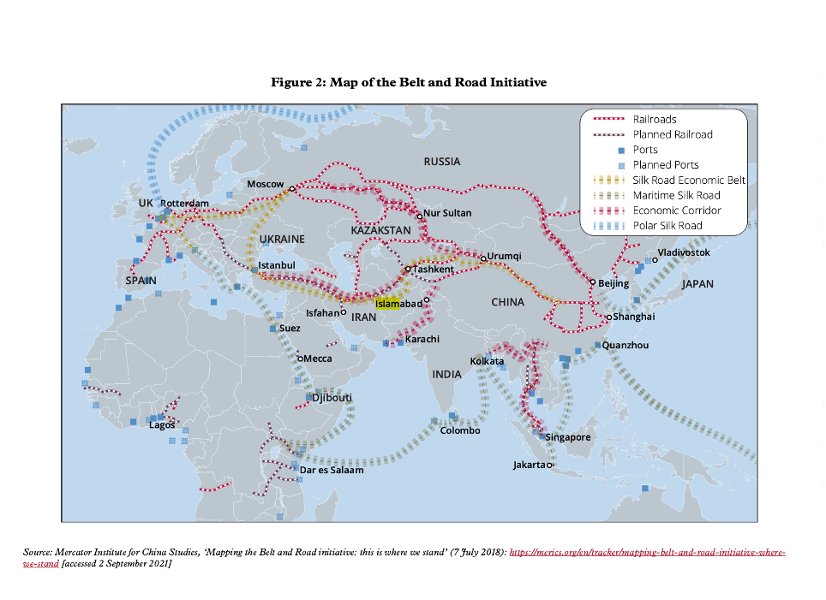 The US seeks to exploit the Uyghurs, not help them

Just as in Iraq, Syria, and Afghanistan, the US supports and funds opposition groups for its own objectives.

They have little to lose by these initiatives. At best, they would help create another small, vulnerable, and dependent nation state that serves its interests – potentially as a political or military base.

At worst, they could incite an insurrection, hoping to draw China into an insoluble conflict, like they did to the Soviet Union with Afghanistan.

Despite the immense persecution, Uyghur opposition groups need to realise that the US poisons every just cause it intervenes in for its own colonial objectives.

They need to look at the countless examples of politicians and groups who have been used and then ditched by the US – most recently in Afghanistan – and apply these lessons to their experience.

Furthermore, Muslims who seek to help the Uyghur cause need to do so while being conscious that they should not be drawn into a US agenda – just as they used Muslim groups during the Cold War against the Soviet Union.

What China should really worry about

By targeting Muslims under its authority in this brutal manner, China should know that it will affect opinion on the Muslim street. Just as the US is hated for its policies over the past twenty years, China will be similarly hated.

And whilst they may feel that they can act with impunity today because the regimes in the Muslim world appease and assist them, that will not always be the case.

The regimes in the Muslim world are not sustainable over the medium term.

China gets approximately half their oil and gas from Muslim majority countries.

At some inevitable future date, their need for oil and gas – and Belt and Road initiative – will be in the hands of the Ummah of Muhammad ﷺ, under the leadership of a righteous Imam. This new system of rule will not forget China’s treatment of their brothers and sisters in East Turkestan.

China should not be fooled by its current strength any more than how the Soviet Union or US were fooled by theirs in Afghanistan.

Activism is not an end in itself, but a means for obtaining noble ends that are defined by Islam. It should be seen in the context of enjoining good and forbidding evil.

Speaking out to raise awareness and exposing the crimes of the oppressor are justified, just as standing in solidarity with the Ummah worldwide is a noble act.

But ultimately, when a population faces state-level oppression, and the only global voices speaking in their favour are states who act in their own interests, their rescue will only come when a sincere Islamic government – the future khilāfah – acts to help their brothers and sisters in dire need. Only this type of authority will be able to respond to their call:

“Our Lord, rescue us from this town whose people are oppressors! By Your grace, give us a protector and give us a helper!”[3]

And whilst some may see this as a distant prospect, it is worth remembering that Allah is fully in control of events. Ours is to do the right actions, and seek the correct objective. The results are fully in Allah’s control.

“And Allah has full power and control over His affairs; but most of the people do not know it!”[4]