Why I won’t fear so-called “Punish a Muslim Day” 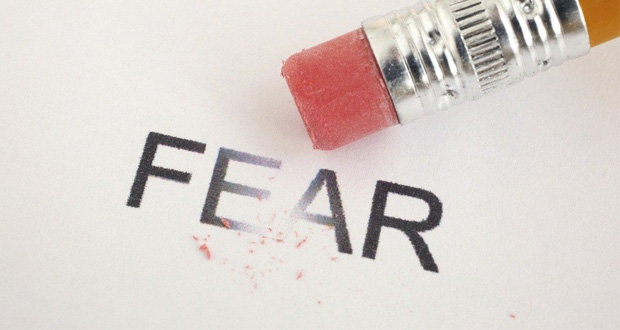 I visited home after a while. They all know it’s me as soon as I get to the door, I have always knocked the door in a distinct way so my family inside can recognise that it’s me. I stepped inside and said my greetings to everyone. I looked for my little six-year-old sister, she is always excited to see me and, as usual, she was hiding behind the door, waiting to be found. I found her and gave her the chocolate I had saved her. Soon I was busy having a conversation with her. Within minutes she said to me “What are you doing tomorrow?” I replied, “What I always do.” “So, you are going to go outside?” “Yes, why?”

How did I forget, “It’s 3rd April tomorrow, it’s Punish a Muslim day.”

I was shocked, I was upset; my heart sank to hear these words from a 6-year-old child. Soon my 10-year-old brother also joined the conversation “Yes man, you have to be careful, why don’t you stay indoors tomorrow? Or why don’t you, like, carry something so if someone attacks you, you will be able to defend yourself.”

The idea of punishing a Muslim on a particular day had upset me, just like the guy who threatened to kill me whilst I was at work, but I shrugged it off, thinking this is just another day, another attack on me because of what I believe in. I have accepted that there are many challenges that myself and the Muslim community in the West will face now and in the future due to our religion.

I left for university as I always do, with a hat on my head and my wife’s headscarf wrapped around my face; trying not to draw attention to myself. I took a seat on the tube and continued my journey. I saw many Muslims board the train, I could sense fear in their faces. They all looked alert and looked around every now and then. I saw my Muslim sisters, still wearing the headscarf, not hiding.

I slowly removed the head scarf from my face, my sisters go through this every day and here I am scared. Here I am hiding my identity. I reminded myself of the hadīth of the Prophet (sall Allāhu ʿalayhi wa sallam):

“The people will see a time of patience in which someone adhering to his religion will be as if he were grasping a hot coal.”(1)

And then I recalled the verses of Qur’ān that once used to be stuck on my bedroom wall,

“Or do you think that you will enter Paradise while such [trial] has not yet come to you as came to those who passed on before you? They were touched by poverty and hardship and were shaken until [even their] messenger and those who believed with him said, “When is the help of Allāh?” Unquestionably, the help of Allāh is near.”(2)

These struggles are not new. The earlier Muslims faced persecution by their own families; they were chained, beaten and killed for what they believed in. Even the Prophet (sall Allāhu ʿalayhi wa sallam) himself was targeted, he too was beaten and abused by his own family members for promoting Islām. These episodes will continue. We will be tested again and again. Some of us will pass and others will fail. The companions of the Prophet and indeed the Prophet (sall Allāhu ʿalayhi wa sallam) himself did not give up, they did not hide their Islām. The young shepherd ʿAbd Allāh b. Masʿūd who had no clan to protect him went out to recite the Qur’ān in front of the Quraysh’s polytheists despite being advised not to by his friends as they feared he would be beaten. His reply was “Let me alone, for God will protect me”. He returned, beaten and covered in blood and even then his response was “If you like I will go and do the same thing before them tomorrow.”(3)

If following Islām was not easy for the Prophet (sall Allāhu ʿalayhi wa sallam) and his companions, who said it will be easy for us in the West? No one said the road to Jannah is a straight line, without any struggles and obstacles. No one said we will not be tested, no one said that a distinction between strong and weak would not be made.

To my little sister and brother,

Don’t be scared for me or worry about me. I have angels that protect me, I have my Creator that can see and hear all. He knows what we are going through; He knows we can bear it. Trust in Him. Remember Alllāh knows, as He states in the Qur’ān,

No harm will come to me from anyone except that Allāh has willed it and should harm come to me then I know I have the strength and ability to cope with it. Should I be hurt simply for being a Muslim then be proud that I have been chosen to be tested like the companions and pray that I passed this test like the companions of the Prophet Muḥammad (sall Allāhu ʿalayhi wa sallam).