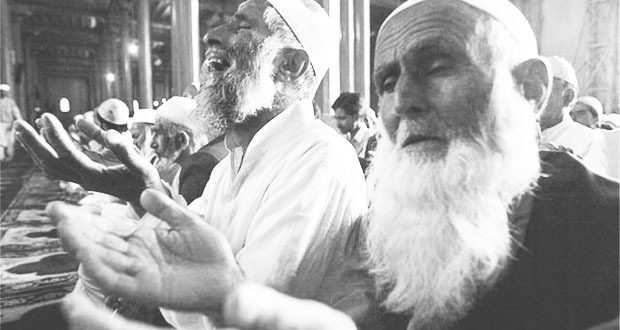 Living in a ‘civilised’ world we have grown used to international laws that govern and ensure the ‘rule of law’ is upheld and maintained.  Human life is sacrosanct and human rights are paramount. The International Criminal Court was established in 1998 to deal with serious crimes such as crimes against humanity, genocide, ethnic cleansing and war crimes. The International Criminal Court is overseen by the United Nations which, in itself, was established to ‘end’ future wars after the Second World War.

Well, you know, I have absolutely zero trust left in the ICC, the UN and in fact the entire International Community. What use are International Criminal Courts and laws when they cannot stop a small innocent Syrian girl suffering from napalm burns? Napalm is a substance which burns at a temperature of over 1000 degrees Celsius and sticks to human skin.[1]

What use is the United Nations when hundreds of thousands have been besieged, starved and bombed like confetti without so much as a single loaf of bread reaching them in four long years?[3]

There is no International Criminal Court for Syria, neither are there any International Laws or conventions to abide by. Let no one ever kid you into thinking that there is, because there are millions of Syrians who would rightly testify otherwise.

It hurts for me to say this, however, even endangered animals have been afforded more rights than the Syrians. Their habitats, environment, freedoms and numbers are protected through laws which are rigorously enforced. Shamefully, none of these same rules apply to our human brethren in Sham. In fact, the blood and the lives of our Syrian brethren have become so cheap that the UN itself stopped counting the number of deaths two years ago. So, no one can even definitively state the numbers who have died in this conflict.[4]

These laws are no laws, and these courts are no courts. The UN cannot do what it was established to do, hence there is no United Nations.

The blessed land of Sham is drenched in the blood of its martyrs, drowning in a sea of tears and persecuted like no other nation before them. Hundreds of thousands are besieged without food or supplies in cities such as Aleppo, Madaya, Ghouta, and Zabadani. The regime with Russian aerial supremacy have the upper hand and carry out crimes against humanity, ethnic cleansing, genocides and international war crimes with impunity.  All this is done without even a single condemnation by so-called world leaders.  Syria is the calamity of all calamities.

At this point of such utter desperation, who else can we turn to other than Allah, our Creator, our Sustainer and the Giver of peace, dignity and honour?

For this reason, and also for the love of the blessed land of Sham and its people, the respected Ulamā of Preston have made the decision to start Qunūt al-Nazila for the next 30 days in Fajr Salāh. Join us in praying for Sham; moistening our beards and prayer mats with tears for the people of Syria; beseeching Allah to bring an end to the suffering.  Rather than the courts of the Dunya, the Masājid of Preston are putting the case for Sham in the Court of the King of Kings.  In this blessed month of Dhul-Hijjah, I humbly request that all the mosques in England pray for Syria. Let every single masjid in England reverberate with the duʿā’ of Qunūt al-Nazila in their Fajr Salāh.

O Allah! They have killed our men,

widowed our women and orphaned our children,

and those allied with him.

Destiny is in the hands of our Lord, however let us practice the Sunnah of our beloved Prophet (sall Allāhu ʿalayhi wa sallam) and let us send out a message of love to our brothers, sisters and the beautiful, beautiful little children of Sham through our collective duʿā’s for Syria. Let us pray that Allah brings an end to this tyranny, alleviates their suffering and restores peace back to our blessed land of Sham.

Previous: With ‘SubhānAllāh’ we End our Journey
Next: Don’t play Dare with Divorce