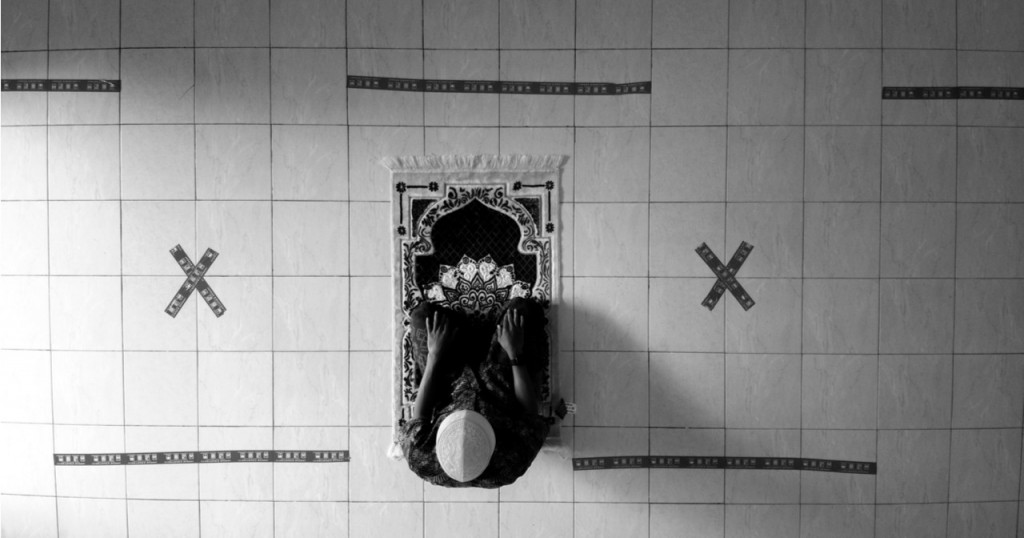 Alif Lām Mīm. When we hear these three letters recited, we know what time it is! Tarāwīḥ is something we all cherish and look forward to as the highlight of the year. During the nights of Ramadan, we have the chance to hear the verses of the Qur’an being recited from cover to cover; verses which, had Allah revealed upon a mountain, would have caused that mountain to come crumbling down!

No doubt, the experience is faith-boosting for all, especially if the imam melts your heart with a soothing, melodious recitation. Whether in the case of someone who did not look at the Qur’an throughout the entire year, or a mother who works tirelessly inside and outside of Ramadan looking after her family and has no time to connect with the Qur’an, tarāwīḥ is a blessed opportunity for all. The Prophet (sall Allāhu ‘alayhi wa sallam) said, “Whoever stands for prayer in Ramadan with the imam until he is finished, it will be recorded as if he prayed the entire night.”[1]

A counsel to the community and congregations

The objective of this article is to counsel both the community and imams regarding their respective roles and responsibilities around tarāwīḥ prayers. As the month of Ramadan approaches, many of us will be unable to take time off from work and, hence, our days of fasting are spent working to provide for our families. By work’s end we are often exhausted and looking forward to enjoying a nice ‘ifṭār meal with our families. This is followed by the chance to attend tarāwīḥ prayers at the mosque in hopes of having our hearts softened by the imam’s recitation of Allah’s speech.

However, many of us may become annoyed if the imam we are praying behind makes a mistake, failing to realise that the imam may also have had to spend his days of Ramadan working with little time left over to revise his portion of the Qur’an for that night’s tarāwīḥ recitation. Every tarāwīḥ season the imam has one of those nights where nothing seems to be going his way and he struggles to complete his portion of recitation without repeatedly stumbling and requiring assistance. While many of us will have enjoyed a delicious ‘ifṭār, many ḥuffāẓ appointed as imams for tarāwīḥ are unable to even properly enjoy a full evening meal due to their tight schedules of revising, not to mention the stress generated by the thought of having to stand in front of hundreds, if not thousands, of worshippers to lead them in prayer. Even the most experienced of imams are prone to getting butterflies in their stomach around ʿIshā’ prayer!

We should remind ourselves that imams are human beings like us, and as human beings, prone to making mistakes. Unless we are brave enough to stand in the imam’s place and shoulder the burden of leading prayer, we will never truly appreciate the difficulty of leading tarāwīḥ. Furthermore, we should not we speak ill of the imam should he make a mistake, as the Prophet (sall Allāhu ‘alayhi wa sallam) informed us that part of honouring Allah is honouring those who have the Qur’an in their chest i.e. who have memorised it.

Even our Prophet (sall Allāhu ‘alayhi wa sallam) made a mistake in prayer. He once forgot a verse in his recitation and, through this incident, Allah educated us all on the fiqh rulings around correcting the imam when he makes a mistake. As many of us have not memorised the Qur’an, we are often in no position to correct the imam. However, when he does recite a part we do know and makes a mistake, we should resist the urge to rush towards correcting him. Imagine the confusion caused if dozens of worshippers in a mosque simultaneously seek to correct the imam’s mistake. He will likely only become more confused! It is difficult enough for the imam to maintain concentration while children play in the background and people have conversations in the rear of the masjid. For this reason, the wisdom of the sharia dictates that those who are learned and have memorised the Qur’an are encouraged to stand directly behind the imam. That way, if the imam makes a mistake, they can correct him. Even this process has an etiquette: if the imam makes a mistake, he is not to be corrected immediately, as it may cause further confusion. Rather, when he stops, the person designated to correct the imam can proceed in correcting him.

Finally, even though it is extremely virtuous to complete the Qur’an from cover to cover in the month of Ramadan, we should not pressure imams to recite hurriedly. It was reported that ʿAbdullāh ibn Masʿūd (rady Allāhu ‘anhu) – a scholar of the Qur’an amongst the Companions – said, “Do not scatter the Qur’an as if it were dates falling from a tree, nor recite quickly as if it were poetry. Stop at its verses that amaze you and let it move your hearts. Let not your concern be reaching the end of the surah.”[2] In another narration, a man from the tribe of Bāhilah named Nahīk ibn Sinān came to ʿAbdullāh ibn Masʿūd (rady Allāhu ‘anhu) and said, “I recite the chapters of al-Mufaṣṣal in one cycle of prayer.” Ibn Masʿūd then said, “This is like the recitation of poetry.”[3] Listen attentively and know that those verses entering your ears were the very same sublime verses that were so powerful that they caused the disbelievers of Quraysh to leave their homes in the cover of darkness to secretly listen to its recitation!

A counsel to the ḥuffāẓ

The greatest gift that Allah has bestowed upon you is being able to memorise His speech. How many people desire to reach the goal you have already achieved but are unable? How many affluent businessmen or businesswomen would be willing to trade their wealth just to have what you have? It is without a doubt a great blessing and virtue from Allah upon you that He allows you the honour of leading the people in this world in prayer as well as in the Ākhirah. The memoriser of the Qur’an will be told to recite, and for every verse they recite, they will ascend the ranks of Paradise.

Moreover, how many ḥuffāẓ, despite having memorised the entire Qur’an, are unable to lead tarāwīḥ due to a lack of confidence? That in and of itself is yet another blessing. However, despite it being a blessing, it is also an immense responsibility, as the Prophet (sall Allāhu ‘alayhi wa sallam) described the gravity of the position, saying, “You will be led in prayer. If they (i.e. the imams) are correct, it will be a reward for them and for you. If they make mistakes, it will be for you and against them.”[4] Of course, the mistakes referred to includes things like insincerity or not having an attentive heart. An imam who makes an honest mistake in the prayer will not be held accountable.

Understand the great role you are playing as you stand in the position of the Prophet (sall Allāhu ‘alayhi wa sallam) and strive to give it its due right. Do this by beautifying your voice as the Prophet (sall Allāhu ‘alayhi wa sallam) instructed: “Beautify the Qur’an with your voices.”[5] Let those praying behind you strengthen their relationship with the Book of Allah by beautifying your recitation. Thereafter, ponder over the verses of Allah:

“A blessed Book that We have revealed to you that they might reflect upon its verses and that those of understanding would be reminded.”[6]

Do not rush through the Qur’an in order to finish it – reflect over the previous narrations of ʿAbdullāh ibn Masʿūd. If you are worried about forgetting the Qur’an in tarāwīḥ, trust Allah. Our Prophet (sall Allāhu ‘alayhi wa sallam) would sometimes rush when reciting the Qur’an when Jibrīl would descend with its revelation so as not to forget it. As a result, Allah revealed the following verses:

“Move not your tongue with it to hasten the recitation of the Qur’an.”

“Indeed, upon Us is its collection [in your heart] and [to make possible] its recitation.” [7]

Allah reassured the Prophet (sall Allāhu ‘alayhi wa sallam) that He would take care of preserving the Qur’an within him, so do you think that Allah will forsake you? Strive and do your best to utilise every free moment you have during the day to revise, then leave the rest to Allah. You will see the words of the Qur’an flowing from your tongue. Allah says:

“And those who strive for Us – We will surely guide them to Our ways. Indeed, Allah is with the doers of good.”[8]

May Allah make the Qur’an a witness for us on the Day of Judgement, and may He make it the remover of our worries and stress, and the spring of our hearts.

Ibrahim Khan was blessed to have been able to memorize the Qur’an in the UK and then went on to study Aqeedah, Fiqh, Hadith with different teachers and scholars (some from which visited the UK from abroad).

Ibrahim Khan was blessed to have been able to memorize the Qur’an in the UK and then went on to study Aqeedah, Fiqh, Hadith with different teachers and scholars (some from which visited the UK from abroad).